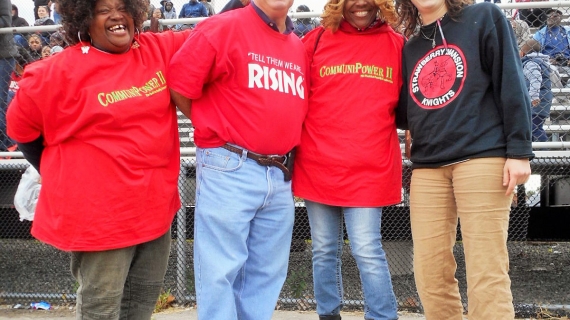 2016: Taking the Pulse of a Growing ACEs Movement

Members of the Philadelphia ACE Task Force (PATF) decided it was time to move from talk to action.

After meeting regularly since 2012, the PATF—an increasingly diverse group of practitioners in pediatrics, primary care, juvenile justice, early childhood intervention and anti-violence work—invited each member to write down his or her vision for ACEs work in the city.

From that batch of cards, three priorities emerged:

“When we looked at the goals people had, we realized it was very action- and behavior-oriented,” said Joel Fein, a pediatrician at The Children’s Hospital of Philadelphia (CHOP), co-director of the Violence Prevention Initiative at CHOP and one of the PATF’s three co-chairs. Each of those goals now has its own work group co-chaired by a longtime and a newer member of the task force. A fourth group focuses on ACEs research.

Supporting Older Trauma Survivors as They Heal Their Pasts, Grow Their Futures
From Film Festival to City Council Chambers: Philadelphia ACE Task Force Charts a Path toward Policy Change on Secondary Traumatic Stress
Investing in Cross-Sector Networks to Build a Trauma-Informed Region
On the Path to Health Equity: When Foundations and Corporations Support Trauma-Informed, Cross-Sector Networks
Getting on the Same Page: Developing a Strategic Plan
Taking ACEs to School: Trauma-Informed Approaches in Higher Education
Artists in the ACE and Resilience Movement: Creative Avenues to Change
Business Leaders in the ACE and Resilience Movement: A Different Kind of Bottom Line
Youth Leadership in the ACE and Resilience Movement
Using Film to Mobilize Action
Community News:
Organizations in Philadelphia launch a Trauma-Informed Funders Guide
The Philadelphia ACE Task Force has a new website!