Members of the Philadelphia ACE Task Force (PATF) decided it was time to move from talk to action.

After meeting regularly since 2012, the PATF—an increasingly diverse group of practitioners in pediatrics, primary care, juvenile justice, early childhood intervention and anti-violence work—invited each member to write down his or her vision for ACEs work in the city.

From that batch of cards, three priorities emerged:

“When we looked at the goals people had, we realized it was very action- and behavior-oriented,” said Joel Fein, a pediatrician at The Children’s Hospital of Philadelphia (CHOP), co-director of the Violence Prevention Initiative at CHOP and one of the PATF’s three co-chairs. Each of those goals now has its own work group co-chaired by a longtime and a newer member of the task force. A fourth group focuses on ACEs research.

Philadelphia’s ACE and resilience efforts have deep roots. In this city of 1.5 million—a place rife with disparities in class, education and health, with pockets of multi-generational poverty and trickle-down trauma—the last decade has seen a steady effort to bring understanding of adversity, trauma and resilience to thousands of front-line workers, supervisors and administrators across the map of human services.

For years, directors of the Institute for Safe Families had used theories of trauma and recovery to inform their efforts to prevent family violence. But when they invited Robert Anda, co-investigator of the 1998 ACE Study, to discuss his work with 400 practitioners in 2006, his words prompted a new urgency.

The PATF began as a group of pediatricians who wanted to put ACEs research into practice. It soon grew to include leaders and practitioners from a range of fields. The group meets quarterly to compare notes, share challenges and learn together.

But the Task Force’s efforts go beyond talk. Members of the group, with funding from the Robert Wood Johnson Foundation, conducted the Philadelphia ACE Study with more than 1,700 participants to look at the childhood stresses, including experiencing discrimination and witnessing community violence, particular to growing up in an urban area.

Philadelphia was the site of the first National Summit on ACEs in May 2013, attended by 160 physicians, academics, social workers and human services administrators. The Philadelphia ACEsConnection group, launched in February 2014, has grown to 175 members. Periodic in-person “meet-ups” have drawn young professionals to hear from speakers such as James Encinas, who traveled cross-country by bicycle to learn what brings resilience to those who have suffered trauma.

Word is spreading: In early 2014, the U.S. Attorney in Philadelphia held a forum on the traumatic impact of violence. The city’s superintendent of schools noted the importance of social-behavioral learning and trauma-informed practice in his 2015 plan for the 140,000-student district. The city’s Department of Behavioral Health and Intellectual Disability Services has resolved to infuse mental health and substance abuse services with principles of recovery, resilience and self-determination.

PATF members know there is still much work to be done. “We would love to be the first large trauma-informed city,” said Alyson Ferguson, Director of Grantmaking at the Scattergood Foundation and one of the PATF’s staff members.

As part of the MARC collaborative, Ferguson said, PATF is eager to learn from other communities how they have framed the message of ACEs and resilience for the general public, how they have engaged the business sector, whether they have influenced local and state government leaders and how they evaluate their work.

“We’ve had success in bringing all these individuals together and educating them about what their colleagues are doing and now we are working on getting everyone to collaborate,” Ferguson said. “The Task Force is growing all the time. But we haven’t had a strategic growth plan for it.”

Meanwhile, ACE-related changes continue to ripple through the city: A network of 18 charter schools undertook a trauma-informed re-boot of its discipline practices. A family health clinic partnered with an urban farmers’ market to allow shoppers to complete mental health screenings on iPads. One of the PATF’s co-chairs is involved in an effort to bring the Sanctuary Model to an entire Philadelphia neighborhood.

Local foundations have stepped in: two are funding the PATF’s community education group to develop effective ways of “messaging” the community about ACEs and resilience, while a different foundation grant paid for a survey of master’s-level health and human services programs in the area to learn whether they included trauma-focused course material.

Ferguson said the PATF is eager to gauge its work. “We feel we’re having impact, but how do we make sure it’s long-term and sustainable? Are we changing the lives of Philadelphians? If so, how? And how can we do it better?” 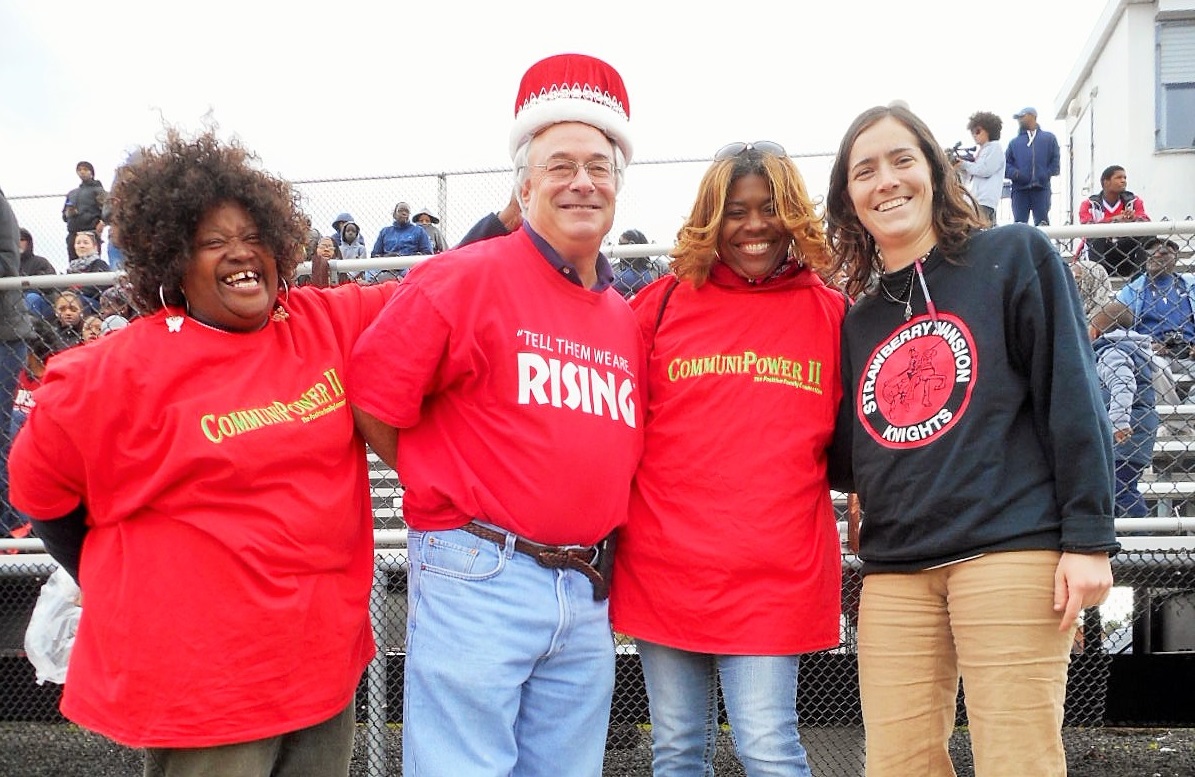 In this Article:
11/9/2015
Who
Early Childhood Providers
Health Care
How
Coalition Building
Communication
Data & Evaluation
Where
City
Communities
Pennsylvania – Philadelphia
Back to Tools