The path toward policies that would buffer Philadelphia workers from secondary traumatic stress began with a simple ask: Come see a movie.

That movie was a documentary, Portraits of Professional CAREgivers: Their Passion, Their Pain, viewed by an audience of 250 as part of a 2016 film festival hosted by the Philadelphia ACE Task Force (PATF).

The screening launched a three-year effort to put secondary traumatic stress on the radar of Philadelphia’s policy-makers—a journey of relationships and resolutions, work groups and literature reviews, persistence and patience.

In December 2018, the issue landed in City Council’s ornate chambers: a hearing that included testimony from physicians, officers of city agencies, behavioral health experts, a union president and representatives from the police and fire departments. 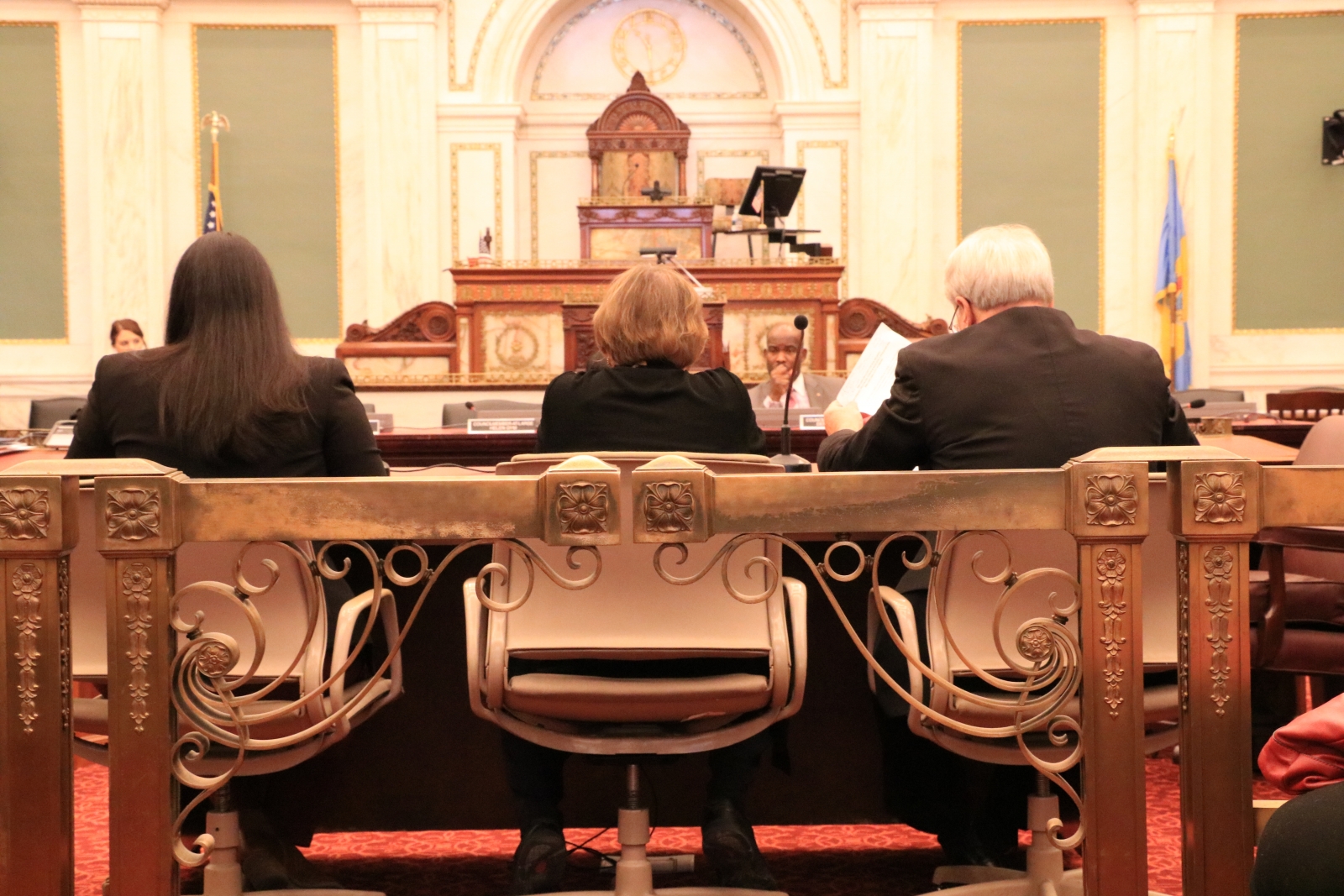 Their message: that secondary traumatic stress affects front-line staff across city departments, including teachers, child welfare workers, emergency medical technicians, 911 dispatchers, police officers, and firefighters. That such stress is serious and real. And that the city can become a leader in recognizing, treating and preventing its corrosive impact.

The journey began with Philadelphia’s 2016 ACE Film Festival featuring a screening of Portraits of Professional CAREgivers, which was made by two local filmmakers and includes interviews with area nurses, social workers and first responders.

“A film doesn’t demand an action of people,” says Carolyn Smith-Brown, a staff member of PATF, a cross-sector network representing health care, education, law enforcement, human services, faith-based groups and community activists. “But the stories in Portraits are mind-changing, which was very helpful in building the path to City Council and potential policy change.”

It also helped that Vic Compher, the social-worker-turned-filmmaker who co-produced Portraits with Rodney Whittenberg, had developed relationships with a wide range of people—city managers, police and firefighters, mental health professionals and experts on secondary trauma—in the course of making the film.

Compher, who worked for the city’s Department of Human Services for more than 20 years, thought the stress and loss he used to call “professional grief” was something only social workers experienced. Making the film taught him “how pervasive this phenomenon is in so many other professions.

“I thought: Why aren’t people talking about this? Our first priority was to educate the public,” Compher says. He also hoped the film would help professionals acknowledge and discuss the emotional toll of their work. “And it was a goal of ours from the beginning to have some policy impact.”

About a year after the first screening of Portraits, City Council passed a resolution recognizing National Caregivers Day; a few months later, Compher and members of PATF briefed Council members and their staff on secondary traumatic stress and showed them a 26-minute version of the film.

Later that year came another screening, this time for members of the local chapter of AFSCME, the union that represents public employees. A second City Council resolution, in January 2018, recognized the work of first responders along with caregivers. City Council then called for hearings on secondary traumatic stress.

Meanwhile, PATF had set a new goal: to advocate for policies that reduce ACEs and promote resilience. Members of PATF formed a policy and advocacy work group for which 25 people attended the kick-off meeting. They agreed that the group’s first task would be to investigate secondary traumatic stress—what the literature said, what kinds of policies could mitigate it, what other localities were doing. A smaller planning committee then emerged, volunteering to participate in weekly video calls to prepare for the City Council hearings. 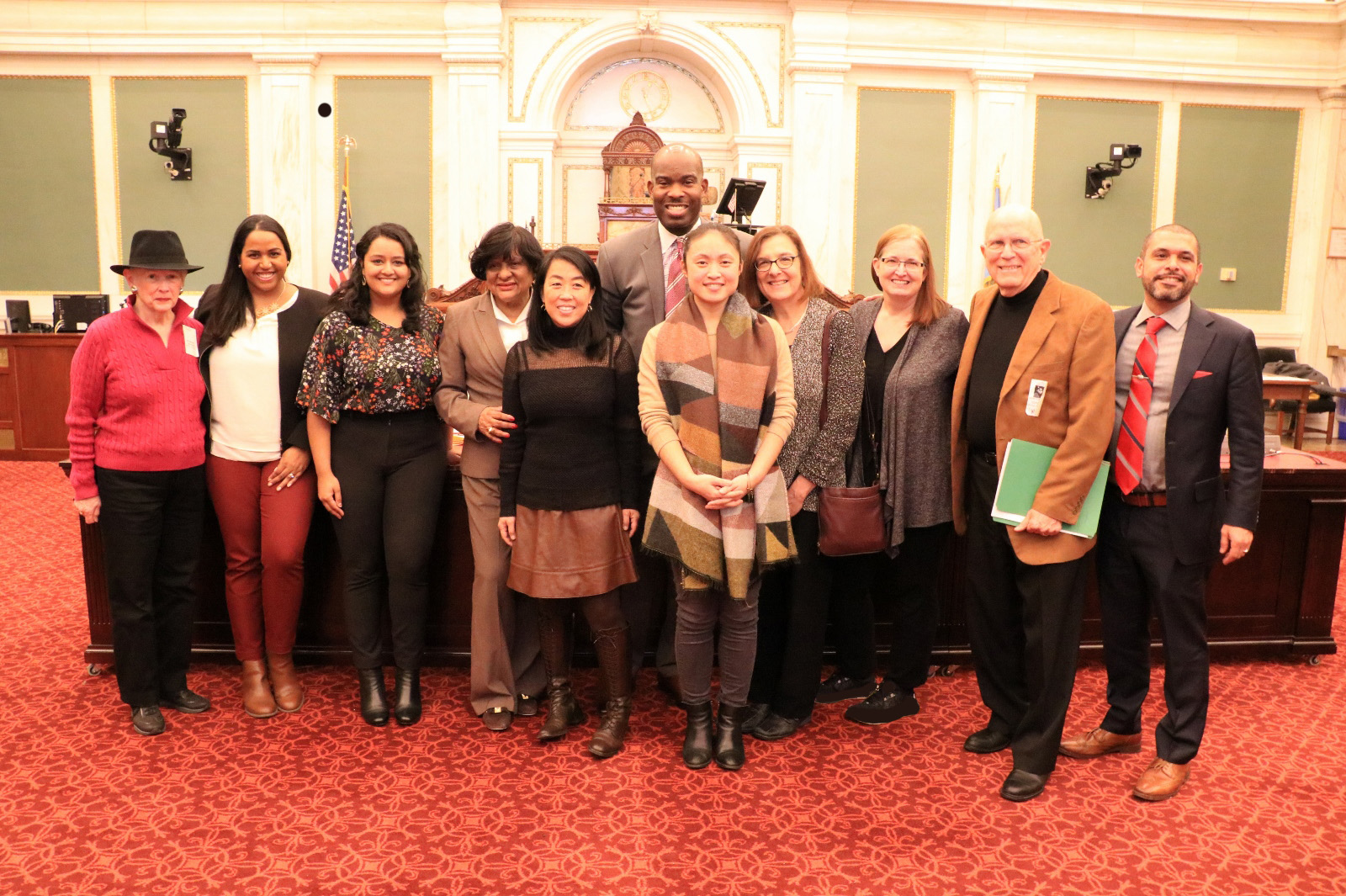 Sandhyaa Iyengar, a pediatrician at Children’s Hospital of Philadelphia and a member of the smaller work group, knew first-hand about the depleting toll—she describes it as “draining down your empathy bank”—of working with people in traumatic situations.

But her “aha” was the realization that solving the problem was not up to individuals. “It needed to be about a cultural shift,” she says. “We needed policy-level support.”

Iyengar and others in the work group researched aspects of secondary traumatic stress and brought their discoveries to the weekly video meetings. They learned about trauma and resiliency initiatives in Oregon, Colorado and New York; they gathered statistics on the costs—economic and psychological—of not addressing secondary trauma.

For members and staff of PATF, the summer and fall of 2018 were also a crash course in the workings of city government: What were departments already doing to address secondary traumatic stress? What did City Council need to know? Who would be the most effective people to convey that information? How much advance notice would they get once the hearing was scheduled?

The PATF work group began to call their initiative “Take Care PHL,” based on the idea that supporting those who care for others in the city would ultimately benefit everyone.

That was the message Iyengar—the first of thirteen speakers to address City Council at the December 7 hearing—drove home. “We can be at the forefront of defining a new culture in which we take care of each other,” she said.

Other speakers noted that secondary traumatic stress affects not only workers but their families, and that it contributes to burn-out, absenteeism, poor job performance and higher risks of substance abuse, domestic violence and suicide.

They also emphasized that those effects are not inevitable. “Most of this suffering is entirely preventable, if we have the social and political will to stop it,” said Sandra Bloom, a co-chair of PATF and associate professor of health management and policy at Drexel University’s School of Public Health.

“Paying attention to secondary traumatic stress means that we have to move beyond workshops and checklists on self-care, beyond awareness-building, to really developing comprehensive practices and policies that promote staff wellness and resilience,” urged Leslie Lieberman, senior director of training and organizational development for the Health Federation of Philadelphia, in her closing remarks.

After three hours of testimony and questions, it was clear that Councilmember Derek Green had been listening: he voiced interest in the idea of creating a webinar on secondary traumatic stress that could be available to all city employees, and in the idea of petitioning the Occupational Safety and Health Administration (OSHA) to include psychological safety in its workplace guidelines.

Now, the PATF’s policy work group will reconvene to shape the next phase of its policy agenda, perhaps adding its voice to campaigns for trauma-preventive legislation. The work on secondary traumatic stress continues and also taught the group some important lessons, Lieberman said: about the power of film as an advocacy tool, about the need to “start where there’s energy,” and to plan for the long haul.

“You want to see change right away,” Iyengar said. “But you have to understand that there’s a process.”