For years, Teri Barila had tried to coax newspaper reporters in Walla Walla, Washington, to write about brain science, ACEs, and resilience. They didn’t bite.

Then, on a crisp December evening, 1600 people—many of them inspired by years of community organizing—crammed the town’s largest venue for a screening of Paper Tigers, James Redford’s documentary about the dramatic reboot of a local alternative school after its principal became an advocate of trauma-informed care. Suddenly, reporters and editors “were not only interested, but almost ecstatic over the story of the film,” Barila says. “There was such a diverse audience—not just education or law enforcement, but the entire community. That was a strong message.”

Paper Tigers is one of a handful of films that MARC communities and others have used to raise awareness, engage new partners, and help drive their efforts toward trauma-informed change. In Philadelphia, the ACE Task Force hosted a marathon double-feature of Paper Tigers and Professional Caregivers: Their Passion, Their Pain that included Skype interviews with the film-makers. In Kansas City, a community organizing campaign focused on health equity used The Raising of America: Early Childhood and the Future of our Nation to generate questions and energy.

MARC advisor Kathryn Evans Madden, who helped lead the Raising of America Kansas City Coalition, says that such films, when used effectively, should only be part of a community’s plan. “The goal is good organizing; the movie is just a tool,” she says. “You need to think about what you’re asking people to do: what is the key message, and how will you rope all that energy into a powerful next step?” (See Ms. Evans Madden's presentation in the Resources section below.) 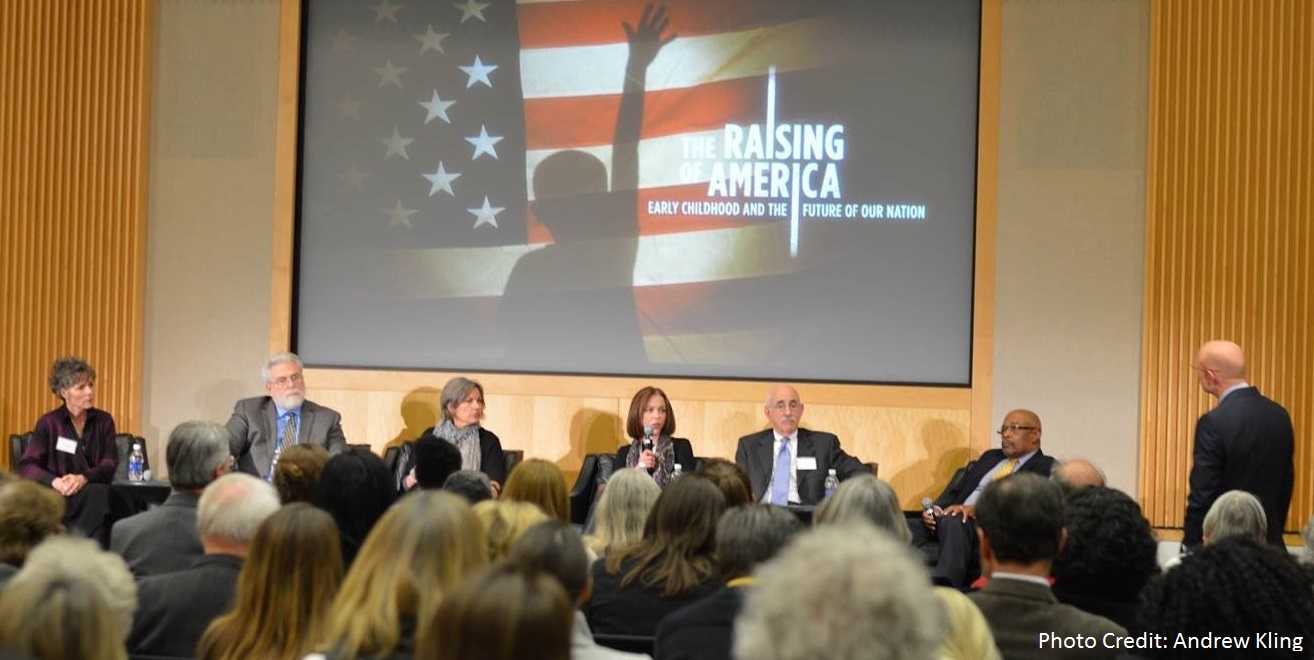 Three hundred people, including Kansas City’s mayor, school superintendent and director of public health, attended a screening of the signature hour of The Raising of America, a five-part documentary produced by California Newsreel, which aims to reframe the conversation about early childhood health and development in America.

But for at least a year before that November 2014 screening, Evans Madden and others had worked to build relationships between the health department and community organizers, developing a shared vision and a specific goal: to advocate for parental leave policies and high-quality early childhood education in Kansas City.

Following the screening, every viewer received a pledge card with suggested actions: “I will contact legislators…I will host a screening and discussion…I will share my own story.” The bottom of the card listed dates of follow-up trainings. Nearly 18 months later, those efforts paid off: Kansas City began guaranteeing six weeks of paid parental leave for city employees. “The point of the story is not that we showed the film,” Evans Madden says, “But it was a moment in time that contributed to a much larger scope of work.”

Rachel Poulain, director of public engagement for The Raising of America and California Newsreel’s previous series Unnatural Causes: Is Inequality Making Us Sick?, urges communities to make film screenings into active events. Since those who attend are interested in the topic, how can you, as an event planner, provide meaningful opportunities for them to take action? Whether you are asking viewers to tweet responses to a provocative question, presenting the films as part of a conference session, or using them as a tool to build alliances, the key, she says, is always to leverage the film to advance your own work.

At the end of the Philadelphia ACE Task Force’s film festival, viewers were asked to submit, via text, one action they vowed to take for themselves or to advance the resilience movement. Participants also received “goody bags” of meditation tapes and other self-care resources.

The Illinois ACEs Response Collaborative hosted five screenings of Paper Tigers, each targeted toward a specific audience: educators, legal professionals, health care practitioners, the general public, and foundation and system leaders. Each was followed by a panel discussion featuring experts in that field. Because the film is long—an hour and 45 minutes—and emotionally charged, some audience members were unable to stay for the panel discussions, says Maggie Litgen, program manager with the ACEs Response Collaborative. She advises sensitivity in setting up screenings and preparing audiences for what they are about to watch. “This is a triggering movie for many people,” she says. “Have a safe space where people can go to talk to somebody.”

The success of the Illinois screenings—by week’s end, more than 500 students, educators, social workers, activists, health care practitioners, lawyers, and community members had seen the film—created an unanticipated challenge: How to capture the energy and engagement of those viewers after the credits rolled? Thanks to online registration, Litgen says, the ACEs Response Collaborative was able to add viewers’ names to its database. They will now receive the network’s newsletter, invitations to future trainings, and an “environmental scan” to determine who is doing trauma-informed work.

In Walla Walla, inspired by strong reaction to the film, MARC project leaders presented a 75-minute training to the entire staff of Walla Walla Community College. And in late June, they hosted “Beyond Paper Tigers,” a trauma-informed conference during which they showed Redford’s companion documentary, Resilience. Together, the films boosted community awareness of the ACE study, brain architecture, and the science of resilience, helping to “build the toolbox” of strategies and skills that will create a more trauma-informed culture, Barila said. “The ‘call to action’ was enhanced.” 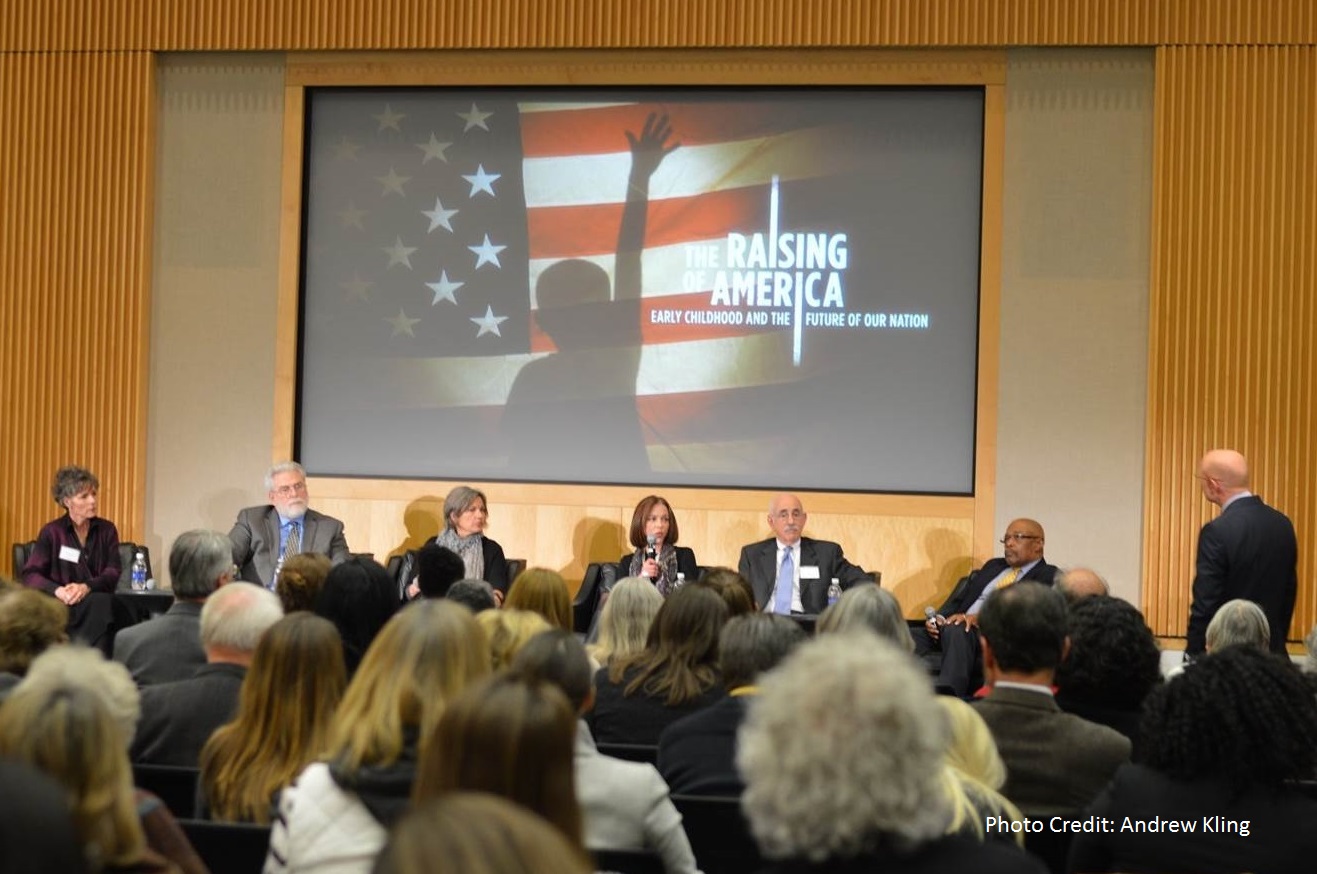