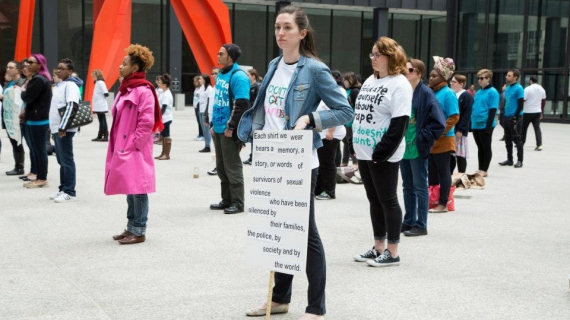 2016: Managing the Groundswell of Interest in ACEs

2015: From Awareness to Action

The first time Alexandrea Murphy heard someone at a meeting of the Illinois ACE Response Collaborative use the phrase, “Hurt people hurt people,” she scribbled down those four words so she wouldn’t forget.

In an area—Cook County, home to Chicago and the second most populous county in the nation—that has been plagued by devastating gun violence, that phrase helped her think differently about the rising number of shootings and deaths.

“It resonates,” said Murphy, Senior Manager at United Way of Metropolitan Chicago, the backbone organization for the MARC grant. “People who are hurt are not thinking and living and engaging in their communities in the way that they want to. They haven’t been supported in the way they needed.”

Those words confirmed, for her, that the state’s ACE Collaborative—a four-year-old, multi-sector group of leaders in health, mental health, policy, law and academia—needed to keep doing its work.