From Awareness to Action

The first time Alexandrea Murphy heard someone at a meeting of the Illinois ACE Response Collaborative use the phrase, “Hurt people hurt people,” she scribbled down those four words so she wouldn’t forget.

In an area—Cook County, home to Chicago and the second most populous county in the nation—that has been plagued by devastating gun violence, that phrase helped her think differently about the rising number of shootings and deaths.

“It resonates,” said Murphy, Senior Manager at United Way of Metropolitan Chicago, the backbone organization for the MARC grant. “People who are hurt are not thinking and living and engaging in their communities in the way that they want to. They haven’t been supported in the way they needed.”

Those words confirmed, for her, that the state’s ACE Collaborative—a four-year-old, multi-sector group of leaders in health, mental health, policy, law and academia—needed to keep doing its work.

The ACE Collaborative formed in 2011, when various research studies were showing mounting evidence that early adversity had long-term consequences in people’s health, behavior and socioeconomic status. The group now includes 34 members across a variety of disciplines.  They utilize participatory processes to keep everyone engaged in the learning.

“What I love about our group is that when everyone gets together, I always learn something new because there are so many fields represented,” said Murphy. “Clinicians and pediatricians bring practical stories from their exam rooms; a law professor shares about work her students are doing or about juveniles in the justice system.”

The Collaborative is focused on preventing ACEs and boosting resilience as both a local issue—neighborhood by neighborhood, with events such as community cafés—and as a matter of policy, with the potential to affect millions of people in Cook County and across the state. They’re also keenly interested in the intergenerational impact of ACEs—allowing them to work on issues that affect adults as well as children—and the intersection of health, education, and justice.

The group successfully petitioned the Illinois Department of Public Health to include ACE questions in the state’s Behavioral Risk Factor Surveillance System (BRFSS) for the first time in 2013. Preliminary data show that just over half of Illinois adults—almost five million people—have experienced at least one ACE.

“We all know that data is so important for informing future work,” Murphy said. “Now we have the numbers. Data allows you to have more validity when you sit down with a policy-maker. It creates a more robust discussion.”

In March 2015, the Collaborative hosted the Midwest Regional Summit on ACEs, which brought together more than 100 people from half a dozen states to explore topics including childhood stress and urban poverty, fostering community health and resilience and translating ACE science into advocacy.

In November, the group will host several screenings of James Redford’s new documentary, Paper Tigers, which chronicles the transformation of an alternative high school in Washington state that infused every part of its program with ACE-informed, trauma-sensitive practices.

“The Collaborative is now at an opportune moment,” according to the MARC proposal, “armed with data from the Illinois BRFSS and informed by the robust conversation of the Summit, coupled with increasing national recognition of the potential for ACEs research to have a multisector policy impact—to strengthen and expand our coalition and to develop educational materials, policies and responses to address the impact of ACEs in Cook County.”

Members of the Collaborative—which has already partnered with Wisconsin, Washington and Minnesota in ACE/resilience efforts—are eager to hear what has and has not worked in other MARC communities.

“I don’t think anyone’s trying to come up with the magic bullet, but really trying to learn: What worked? What happened? Who else would need to be at the table?” Murphy said.

In particular, the Collaborative is looking for ways to move its efforts from awareness to action. “We’ve been gaining a lot of momentum in bringing ACEs to the attention of influential leaders,” Murphy said. “The mayor’s been talking about it; our state director of public health is talking about it. But now—can we work with insurance companies to think differently about reimbursement models? Or with physicians to change the way our emerging clinicians are trained?”

One lesson learned along the way is the need for paid staff to guide the work. Thanks to a grant, the Collaborative was able to hire someone to plan and organize the 2015 Summit. But that was a temporary, project-based position, and the group is now without a full-time, paid coordinator. Nevertheless, it has been gaining membership and momentum, with reach into government and private agencies concerned with youth violence, child welfare, early childhood education, public health and pediatric primary care.

What speaks to leaders across all these disciplines, Murphy said, are the essential messages about ACEs: They are common. They are corrosive. And they are preventable.

“[Adversity] isn’t something that is written in someone’s destiny,” she said. “It’s environmental, personal, family and community-based. That brings many folks to the table, recognizing that if the work is done well and done right, we can really have an impact.” 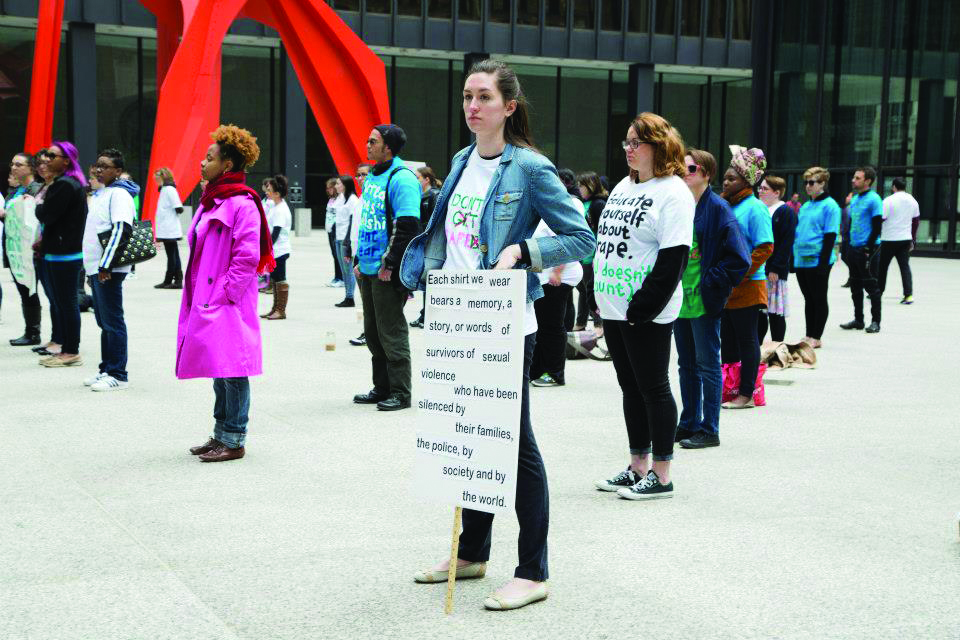 In this Article:
11/9/2015
How
Coalition Building
Data & Evaluation
Where
City
County
State
Communities
Illinois
Back to Tools