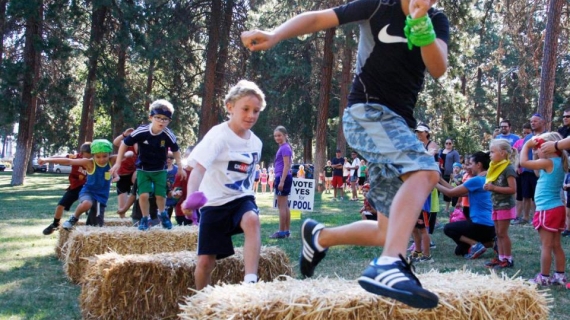 At the recent Trauma & Resiliency Summit in the Columbia River Gorge, the sheriff of Sherman County (population 1700) approached Claire Ranit, MARC project director, to talk about creating a trauma-informed justice system. He wasn’t the only one seeking Ranit out that day.

A woman with tears in her eyes also approached; inspired by discussions of resilience at the Summit, she’d texted her 20-year-old son, who has developmental disabilities, and praised his recent efforts to move into his own apartment.

“She’d texted him to say, ‘I’m so proud of you.’ She said it’s usually difficult to engage with him, but he wrote back immediately and thanked her. That’s just one little thing,” Ranit says. “But thousands of those ‘one little things’ is how we make a generational change.”

The region’s MARC project is a partnership between the Columbia Gorge Health Council, a community-based governing board for the local Coordinated Care Organization (CCO) that manages care for poor and vulnerable patients, and Creating Resiliency in the Columbia River Gorge, a multi-sector network. Its aim, especially since Ranit was hired in the spring of 2016, is to engage leaders in health and justice while supporting community organizations to apply trauma-informed practices to their work. “I think you need both to really make movement—you need leadership buy-in and grass-roots energy,” Ranit says.

When members of the consortium Creating Sanctuary in the Columbia River Gorge gather for a meeting, they always begin the same way. Each person will turn to the next and ask: How are you feeling today? What is your goal for our time together? If you need support in this meeting, whom would you look to for help?

It’s not just an exercise, said Trudy Townsend, coordinator of the consortium. “What we’re doing is creating community. Building relationships. Having stated goals and practicing emotional intelligence and building a network of support.” The ritual—repeated everywhere from high-level agency meetings to community gatherings in this area of north central Oregon—is also a sign of how thoroughly the region has embraced the concepts of trauma, resilience and healing.