After a shooting at a historic Baltimore high school in February 2019—a 25-year-old man, angry about the school’s treatment of his sister, who was a student there, shot a special education assistant with a Smith and Wesson handgun—conversation in the city centered on whether school resource officers should be armed.

Students said that was the wrong question.

“They turned to us and said, ‘As City Council, we see you spending all this time and energy on policing. Where’s the focus on prevention? You are missing the big picture—it’s not just this one shooting that took place in our building, but the level of trauma we experience on a day-to-day basis,’” Cohen says.

Their words inspired a “listening tour”—a months-long project in which city leaders and staff visited laundromats, libraries and recreation centers, talking with school personnel, students and their families. “We researched and looked at various interventions around the country; we wanted to center the voices of our own community,” Cohen says.

The result: a “legislative response to trauma,” originally called the “Trauma-Responsive Care Act,” then renamed the “Elijah Cummings Healing City Act,” both to emphasize healing over trauma and to honor the late U.S. Representative, who, in July 2019, oversaw the first-ever Congressional hearing on “Identifying, Preventing and Treating Childhood Trauma.”

In the process of developing the bill, Healing City Baltimore was born: a coalition of students, parents, educators, leaders of non-profit agencies, professors, clinicians and policy-makers who aim to reverse longstanding inequities, center community voices and infuse healing practices into every public and private institution of the city.

Healing City Baltimore launched in February 2020, nearly a year after the shooting. The two-day event was student-run—a symposium and Healing Fair held at two different historically Black colleges, with teach-ins, poetry workshops and free haircuts and braiding from the city’s barbers and beauticians. 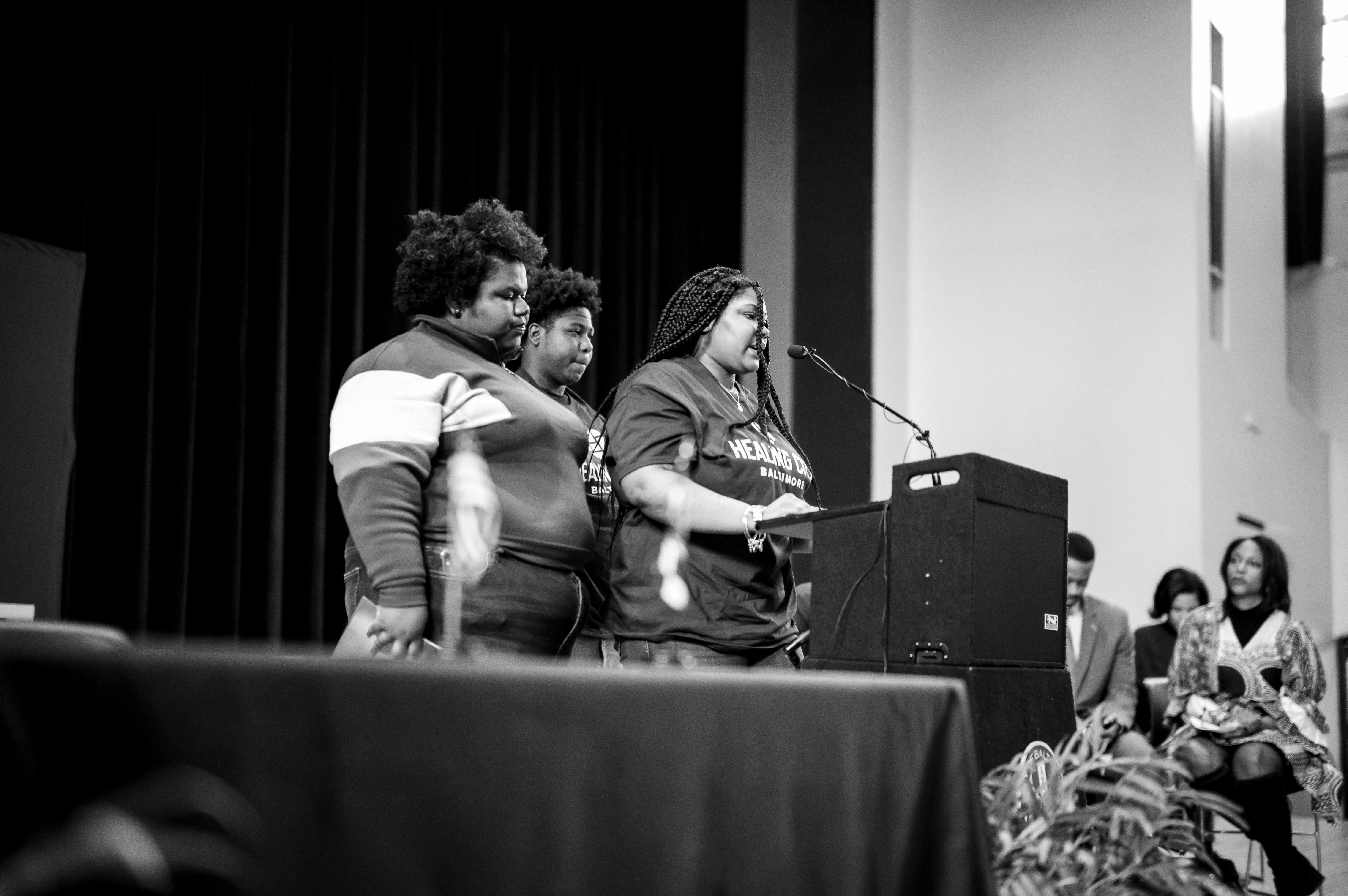 It’s a large mandate: to create a city-wide trauma-responsive work group that will include representatives of city agencies, public officials and service providers along with youth; to have every city agency select at least two “trauma champions” who will take part in an ongoing learning collaborative; to have the Baltimore City Health Department train those trauma champions, develop assessment tools and track progress.

Cohen sees Healing City Baltimore—a network of about 80 organizations and hundreds of individuals—as a triumph of collaboration over the customary, fractured approach to solving problems. “In Baltimore, there’s an enormous amount of good, healing work that happens, but it happens in silos. A whole bunch of people and organizations got really excited about this and collectively created the Healing City movement.”

He says the initiative also challenges customary paths of power and access. Typically, institutions such as Johns Hopkins University might receive a grant to examine a social problem, but the study itself “perpetuates a system of inequality, where people who should be leading these types of interventions are ‘studied’ but are not given agency or centered in the work,” he says.

That’s why the launch event was intentionally held at Morgan State University and Coppin State University; that’s why it featured the city’s barbers and hair stylists along with representatives from non-profit agencies focused on health and advocacy. 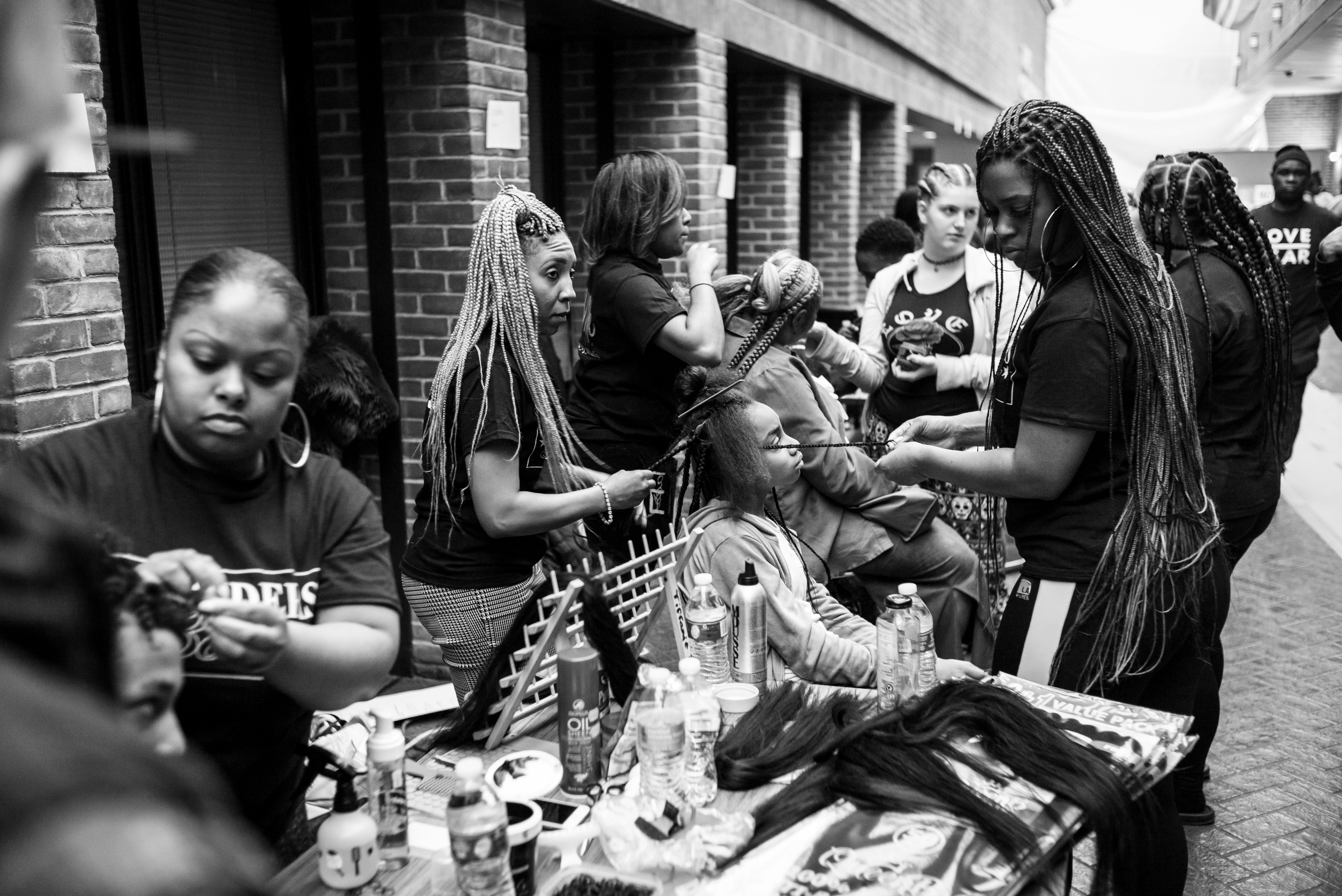 Cohen recalls a barber from West Baltimore telling him, “When people come into the shop, they’re able to have real conversations. We touch the victims of violence and we touch the shooters. We literally put our hands on them. What if we had the resources to provide support and healing within our shops?”

The city’s police commissioner is a partner in Healing City Baltimore, and the school system has been prompted, largely because of COVID-related disruptions, to think more seriously about students’ mental health, says Ann Coy, a public policy fellow who works with Cohen’s office as a liaison to Healing City Baltimore. She says many Baltimore organizations have indicated that they want to become healing-centered; part of the coalition’s task will be to connect them with existing training opportunities.

The coalition may host a second season of those conversations. “There’s a profound need for truth and reconciliation work,” Cohen says.

“The problem is rooted in systems and structures,” says Cohen. “That does require advocacy. That requires legislation.” At the same time, the people most deeply affected—such as those students who spoke up to City Council back in February 2019—must drive the change.

“Part of the theory we’re trying to prove here,” says Cohen, “is that our communities have the capacity to heal themselves.”