"Who's in Your Canoe?": Ho‘oikaika Partnership Draws on Hawaiian Values to Promote Protective Factors

A brochure from the Ho‘oikaika Partnership shows four people paddling a slender boat, their bodies silhouetted against an apricot-hued sky. The tagline: “When it comes to parenting, who’s in your canoe?”

The image and the metaphor are intentional, says Karen Worthington, coordinator of the 60-member, cross-sector Ho‘oikaika Partnership in Maui, whose mission is to prevent child abuse and neglect. The network aims to strengthen the protective factors—social connections, parental resilience, knowledge of child development, concrete supports in times of need and social/emotional competence of children—that support children and those who care for them.

“We want to normalize asking for help,” Worthington says. “We also want to be accessible to families who are most in need, including Native Hawaiians, who are over-represented in criminal justice and child welfare” and suffer disproportionately from health disparities. That’s why the partnership’s mission, strategies and materials are “very much Hawaiian-values based,” including explicit commitments to “laulima” (collaboration) “ha‘aha‘a” (humility) and “pono” (doing the right thing). 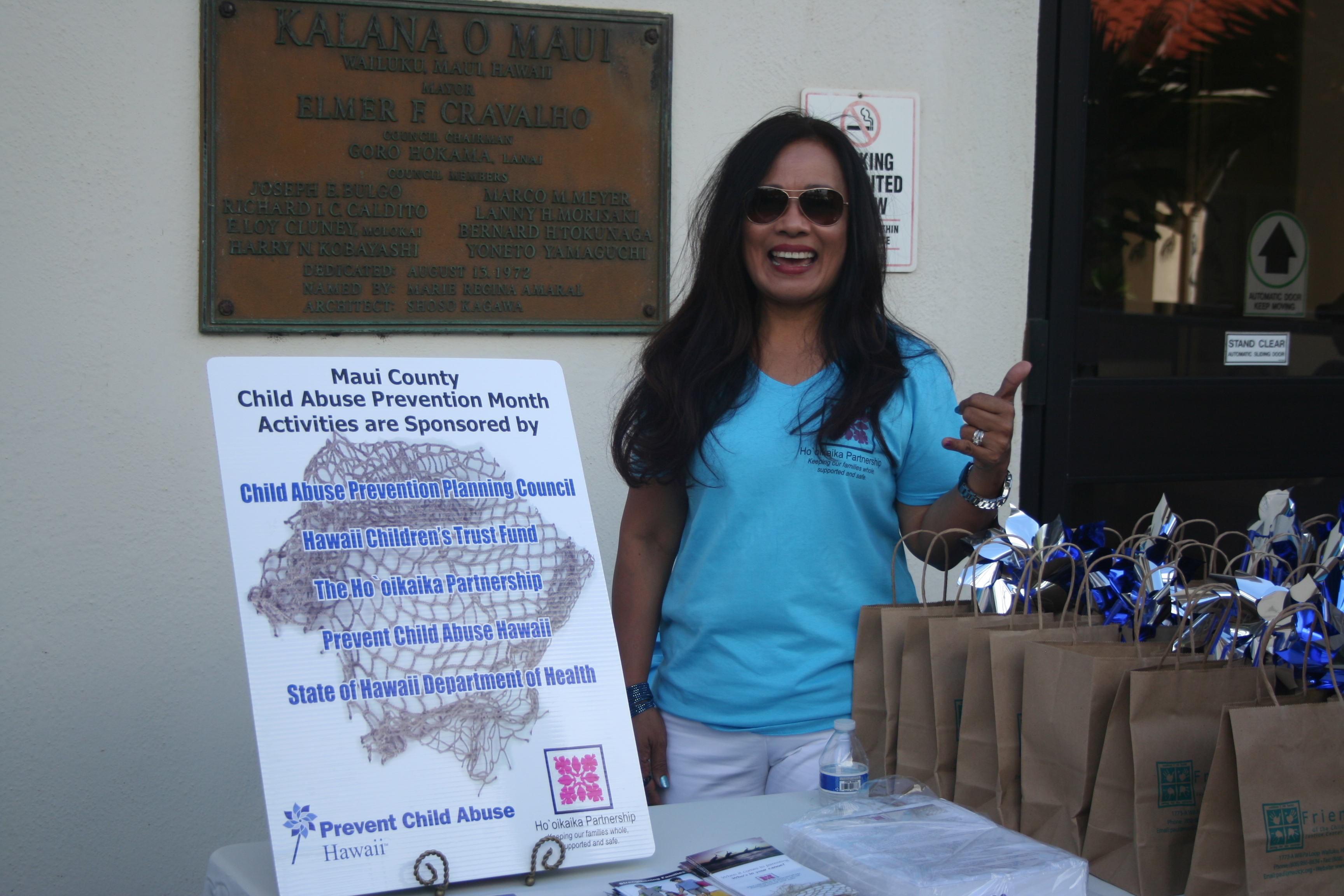 A team from Maui—professionals in public and private family-serving agencies—attended a training institute on preventing child maltreatment in 2008; the following year, they formed the Ho‘oikaika Partnership, which has grown to include representatives from health departments, family courts, juvenile parole, home visiting programs, Native Hawaiian organizations, community health clinics and homeless resource centers.

Several members of the core partners, a ten-member group that makes decisions and manages grants, have been with Ho‘oikaika since its start. Anyone is welcome to attend general meetings, held since March on Zoom.

Worthington says the network’s strength comes from relationships forged over more than a decade. “It’s been an intentional building-and-connecting: ‘Oh, you might want to know this person. You should work together.’”

Recently, Ho‘oikaika Partnership merged with Islands of Hope Maui, which works with the state department of Child Welfare Services (CWS) and Casey Family Programs to focus on secondary prevention—that is, work with families that have been referred to CWS or are at risk of being referred. A member of the core team also helped start a chapter of the Ho‘oikaika Partnership on Molokai, an island with high rates of youth suicide and child sexual abuse.

And lately, the Partnership has emphasized moving beyond awareness of trauma and protective factors to action. “Most providers on Maui were aware of ACEs,” Worthington says. “The question for all of us was: So what? How does that change our practice?”

For the presentation and Q&A at each monthly meeting, the partnership has brought speakers to talk about their work in specific sectors: someone from Legal Aid to discuss eviction; a pediatrician who advocates for universal ACEs screening; an educator to talk about public school openings during the pandemic.

This fall’s conference will include tracks on equity and social justice and on working with Native Hawaiian families—understanding historical trauma and native healing practices.

In all the partnership’s efforts, listening is essential, Worthington says. “The first thing to ask is: What are the needs of the people? Why are you doing this? Figure out who’s not at the table, and why they’re not at the table. Accept anyone who’s willing to do the work; look for connections to bring people in.” 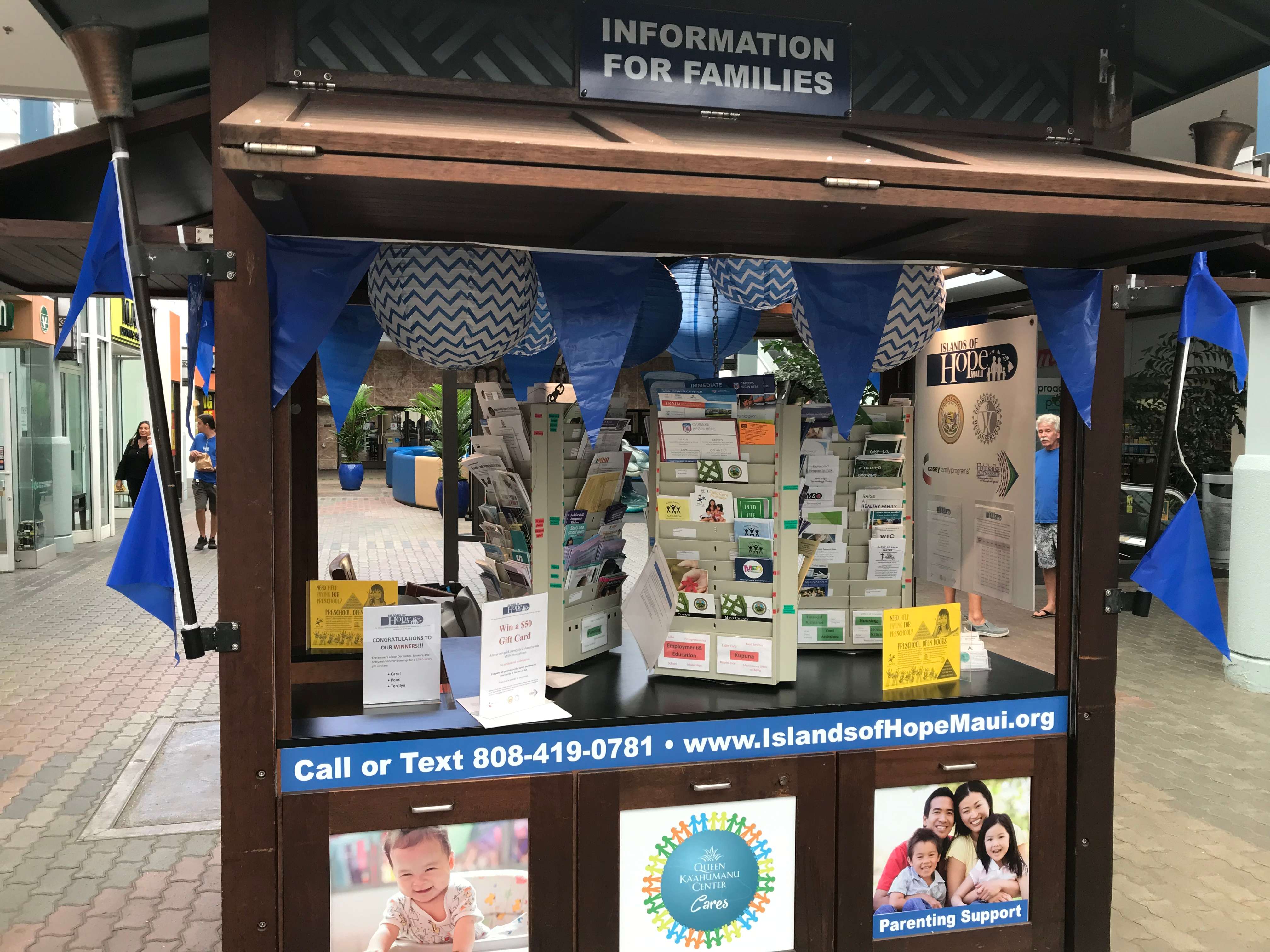 A recent project called for collaboration and ingenuity: a kiosk at a downtown mall, initially staffed by volunteers and intended to be a one-stop nexus for information about all the safety programs and resources on Maui. Islands of Hope Maui had just hired a paid navigator to staff the kiosk when COVID-19 shuttered public gathering places.

“We can’t tell a family to make ten phone calls to find what they need,” Worthington says, so partners worked instead to list all Maui organizations in AUW211, the 24-hour online database operated by Aloha United Way.

Now the partnership is poised for its next step, Worthington says. “We’ve been talking off and on for several years about doing policy and advocacy work. We really want to go upstream. How do we use the strength of our network for even bigger impact?”

In this Article:
9/22/2020
Who
Early Childhood Providers
How
Coalition Building
Communication
Equity
Where
County
Communities
Hawaii – Maui County
Back to Tools