Rosa Ana Lozada grew up in a San Francisco neighborhood riddled with domestic violence, child abuse and the frequent wail of police sirens. But home and family were the counterweight to violence and fear, said Lozada, now CEO of Harmonium, Inc. and a member of the San Diego Trauma Informed Guide Team.

During a two-day convening of Mobilizing Action for Resilient Communities (MARC) grantees, Lozada’s talk brought a hush to the room and underscored one of the gathering’s themes: Stories are essential to building social movements, including the growing effort to combat early adversity and build resilience across the nation.

Marshall Ganz, senior lecturer in public policy at Harvard University, has written about the role of stories in social movements; stories help us exercise agency, develop personal and collective identities and find the resources that enable us to act. Stories speak to both the heart and the head, and the most effective stories leave listeners with a sense that they, too, can make a difference.

Ganz outlines three different types of stories that foster that sense of possibility. In The Story of Self, a person describes the events, challenges and choices that led him or her to act. The Story of Us captures the values, experiences and capacities of an organization or movement. And The Story of Now outlines a current challenge, a vision for change and a potential outcome; it summons listeners to join the effort.

During the MARC gathering, leaders from each of the 14 communities took a turn at the microphone to share a seven-minute TED-style talk. Some were origin stories that explained the genesis of that community’s work on ACEs and resilience. Others linked personal experiences, such as hearing rounds of gunfire on a Missouri street, with communal trauma.

Some spoke of how they had used storytelling to counter stereotypes and foster connection. Kyle Wark, Indigenous Researcher and Policy Analyst for the First Alaskans Institute and a member of the Alaska Resilience Initiative, described community dialogues that helped participants understand how the events of elders’ lives could percolate into the present.

When telling the story of ACEs and resilience, language matters; one MARC advisor noted that, in some rural communities, she uses terms such as “well-being” and “brain breaks” instead of “resilience” or “toxic stress.” Christopher Blodgett, another MARC advisor, urged participants to hone their ACE presentations to “a crisp PowerPoint, with lots of storytelling: Here’s the challenge, here’s why it’s relevant to you, and here’s why there’s hope.”

“The dominant narrative in this country is still ‘us and them,’” said Merrick, a behavioral scientist in the Division of Violence Prevention at the U.S. Centers for Disease Control and Prevention. The new story, she said, calls for a communal perspective: “That my children will do better if all of our children do better.”

Jeremey Donovan's book, How to Deliver a TED Talk: Secrets of the World's Most Inspiring Presentations (McGraw-Hill Education, 2013)

Marshall Ganz's public narrative framework using stories of self, us, and now.  See, for example: 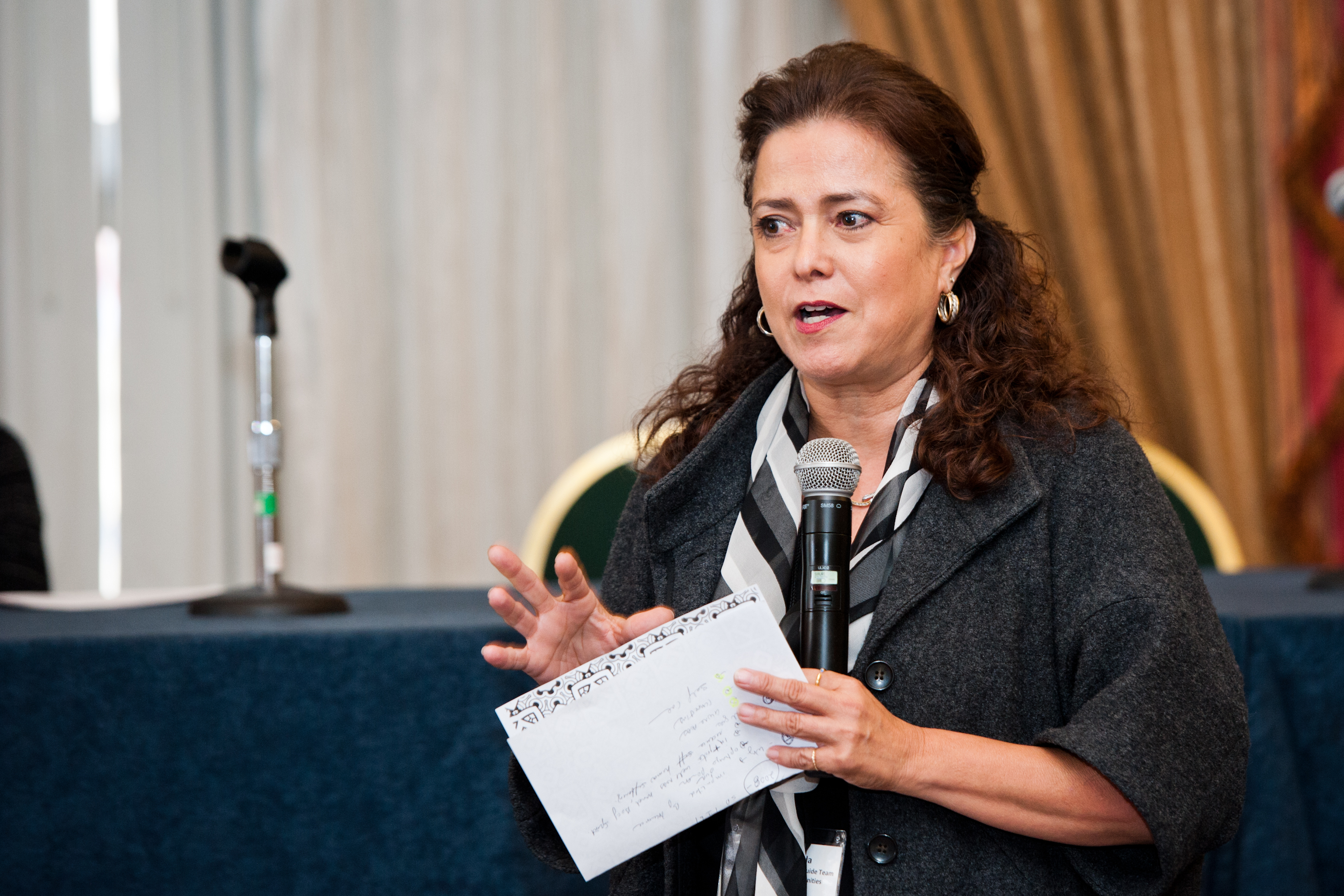