Spreading the Science: Michigan's NEAR Collaborative Aims to Infuse ACEs Science into State Departments and Agencies

Mary Mueller likes to call herself an “opportunistic infection.”

What that means is that Mueller, project coordinator for trauma-informed systems in the Michigan Department of Health and Human Services (MDHHS), is determined to share the science of ACEs and resilience wherever she goes.

After Mueller attended the state’s first ACE master trainer two day session hosted by the Michigan ACE Initiative, she wanted to bring the foundational science shared by ACE Interface back home—to her MDHHS colleagues as well as to others in Michigan’s Departments of Education and Corrections.

She learned from ACE Interface co-founder Laura Porter of a training called Guiding NEAR, an acronym standing for neuroscience, epigenetics, ACEs and resilience. In February 2018, Porter and a colleague presented that two-day training to about 60 staff members in those three state departments.

A month later, there was a follow-up day, and that fall, a one-hour ACEs-and-trauma overview with those departments’ key leaders. “We had people who were high-up in our administrations come together to talk about some of the things that could happen from the state government’s point of view,” says Mueller.

Meanwhile, the original group of trainees, now winnowed down to about 30, continued to meet quarterly, developing a mission and vision, setting up work groups and engaging in strategic planning. They called themselves the NEAR Collaborative—a cross-systems group that aims to raise awareness about ACEs, promote effective solutions and align systems, programs and policies to support resilience.

Mueller and Jodi Spicer, Adverse Childhood Experiences Consultant in Michigan’s MDHHS and the lead organizer for the NEAR Collaborative, see the group working—sometimes harmoniously, sometimes in counterpoint—with the Michigan ACE Initiative, which has focused on community-level ACE awareness by training more than 135 master trainers across various sectors. 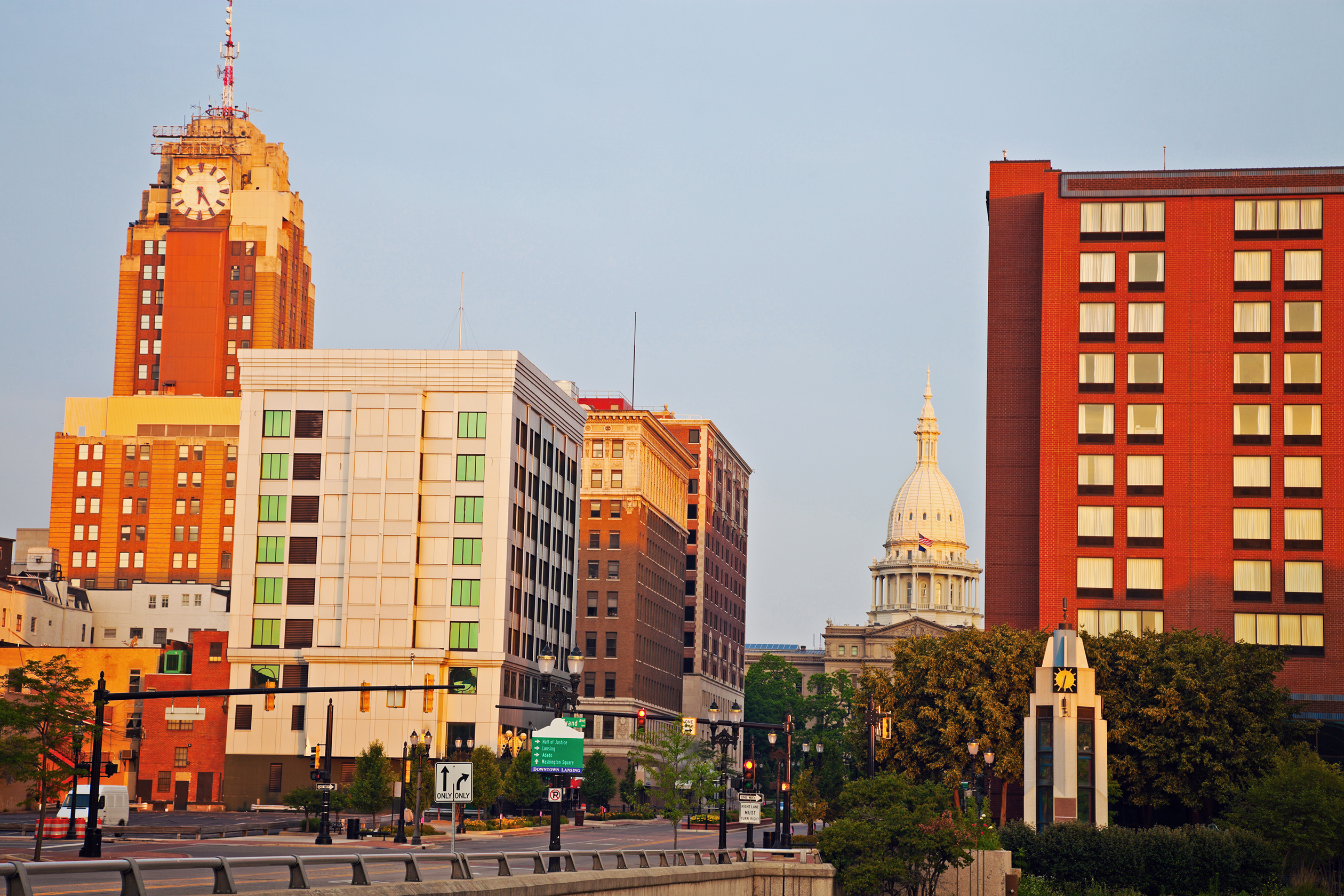 The NEAR Collaborative, on the other hand, is comprised almost entirely of government employees (the managing director of the Michigan ACE Initiative is one of a few exceptions) wrestling with how to integrate ACEs science into hiring, contracts, training, policy and programs across their departments.

“Once you create that shared knowledge and common understanding, people want to know: Now what do I do?” says Spicer, who herself is a Michigan ACE Initiative master trainer. “I think the effort of NEAR is to move further along that trauma-informed road map.”

“We’re mostly program people, so we’re a bottom-up approach,” says Mueller, who also sits on the steering committee of the Michigan ACE Initiative. “I’d like us to focus our energies on how we can integrate knowledge about trauma and trauma-informed care into the work that’s already happening.”

While the NEAR Collaborative is homogenous in some ways—its members are mostly white women, a composition Mueller and Spicer say they are determined to change—it is diverse in terms of focus, with “thought partners” who work in child welfare, maternal infant health, tobacco cessation, substance abuse recovery, Medicaid policy, re-entry, chronic disease prevention, corrections, education and school health and safety.

“They bring really different perspectives and challenges in terms of their department structures and mandates,” Mueller says. One NEAR member who works in maternal infant health is trying to incorporate some form of ACE awareness into their intake process; another, who works with WIC, aims to change that program’s assessment form to be more trauma-informed. Staff from the Department of Corrections who are part of NEAR have talked about sharpening their focus on employees’ exposure to secondary traumatic stress.

And while it’s been a challenge for the group that some members are just beginning to learn about ACEs science while others have been implementing trauma-informed practices for years, those differences also offer opportunities for Collaborative members to teach one another, Mueller says.

“I feel like there’s more connection and more collective work because of the cross-systems involvement” in NEAR, says Spicer, who cites her invitation to speak at recent Department of Education conferences and a request from a Department of Corrections colleague to train some of their staff.

“We want to move together in that process and learn together and support each other,” Mueller says. Through the use of data, such as the ACE module incorporated into Michigan’s Behavioral Risk Factor Surveillance System in 2013, 2016 and 2019 (showing that two-thirds of the state’s adults report at least one ACE), NEAR can drive home the need for trauma-informed training and approaches at the state level—choices that, ultimately, can change interactions between clients and their WIC counselors, child welfare case managers and home visitors.

At the same time, NEAR has stumbled into tense territory, specifically around issues of race and equity. At the first Guiding NEAR training, a participant of color raised a question about racism as a source of historical trauma and felt the issue was dismissed, Spicer says. In other instances, both women have heard colleagues of color describe the original ten, family-based ACEs as “a white people’s issue,” arguing that racial injustice is a far more pervasive and corrosive source of trauma.

That’s why NEAR used its recent meetings to focus specifically on collective trauma and racial inequities, including a conversation at the July meeting facilitated by two Collaborative members, one white and one a person of color.

“We are having to look at our own privilege and have some hard conversations,” Spicer says. As the group moves ahead with a process evaluation and an action plan for the next several years, she says, “my hope is that the Collaborative will be able to address the missteps that happened and create a collective understanding about how racial inequities fit into the picture of NEAR.”

“We need to re-group and think more succinctly about the focus of our activities,” says Mueller. “We are a work in progress.”

In this Article:
10/13/2020
How
Education & Training
Equity
Where
State
Communities
Michigan
Advisors
Laura Porter
Back to Tools