Resilience Week had to live up to its name.

Virginia’s recognition of resilience-building efforts, originated by the Greater Richmond Trauma-Informed Community Network (GRTICN) and planned in collaboration with TICNs across the state, was set for May 3-9, 2020.

Then COVID-19 came. A work group of GRTICN members collaborated with businesses, movie theaters, libraries, schools, local government agencies and non-profit organizations to swiftly pivot their plans to take place virtually: story hours for children in Spanish and English; two virtual ACE Interface trainings; a free yoga class; an infographic with themes for each day, such as “Mindful Monday” and “Friendly Friday”; a virtual training on Building Resilience at Home.

Virginia’s governor signed a resolution marking Resilience Week. The event was so successful that the state’s TICNs led by people of color—in response to the murders of George Floyd and Breonna Taylor, and the protests that gripped the country afterward—planned a Racial Truth & Reconciliation Week for August in partnership with Voices for Virginia’s Children, a non-profit child policy and advocacy organization. 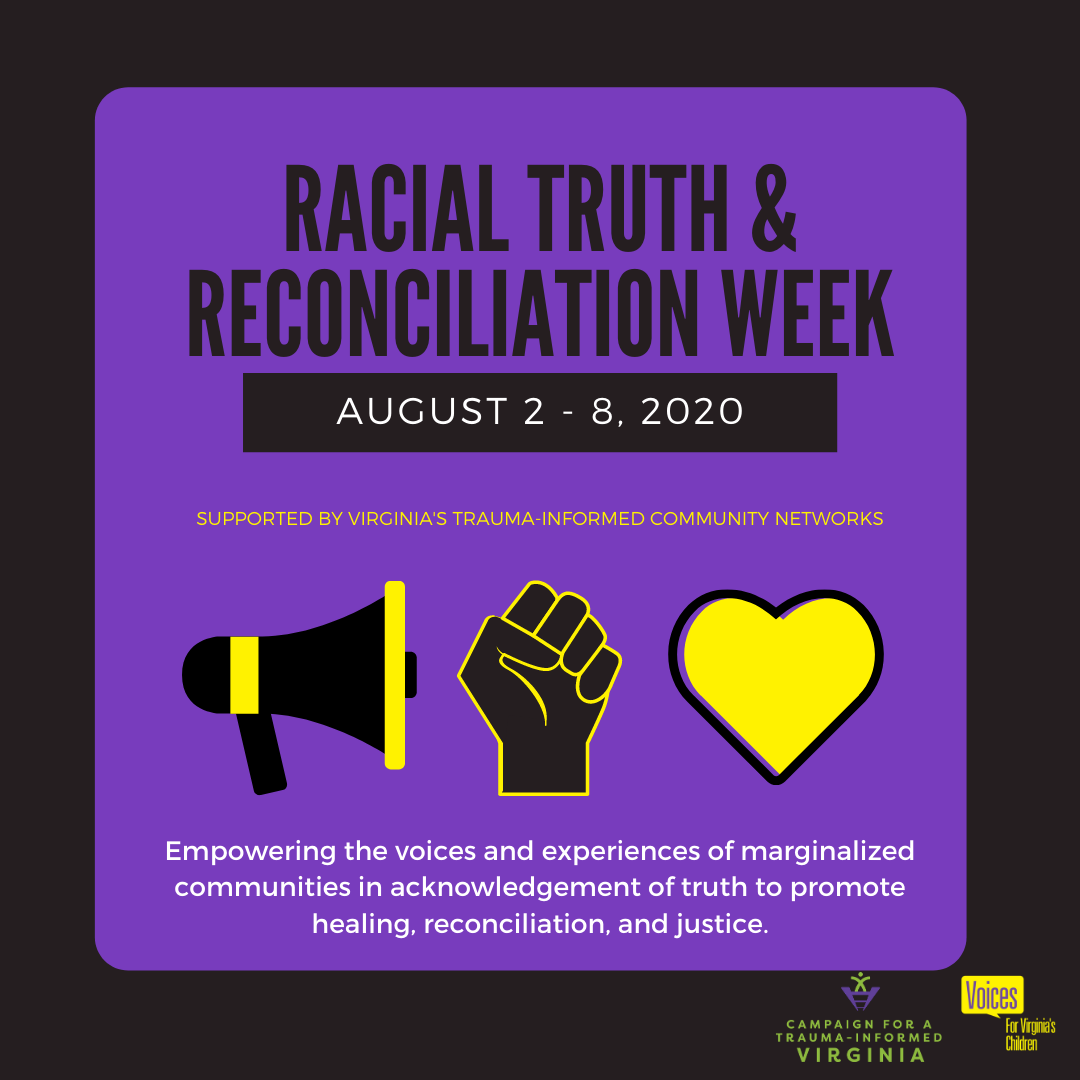 That event included community chats about the impact of racism on mental health treatment, foster care and maternal/infant health, along with discussions of food insecurity and racial equity in the workplace. There were panels of elders and of youth, called “Our Ancestors’ Wildest Dreams.” Again, the governor signed a resolution. “It was a beautiful and powerful event,” says Melissa McGinn, co-coordinator of the GRTICN and coordinator of the statewide networks.

Both weeks, McGinn says, demonstrated the growing impact of a statewide, collaborative movement that began nearly a decade ago as a small “think tank” of Richmond professionals who wanted to make the region’s child-serving systems—schools, juvenile courts, mental health services—more ACE-aware and trauma-informed.

The think tank originated with Greater Richmond SCAN (Stop Child Abuse Now), and “that series of meetings evolved into what is now the TICN,” McGinn says. “More people were invited; it started to become very multi-sector.” The GRTICN now includes 500 individuals and 170 agencies, including representatives from education, health care, courts, police, business and child welfare.

The idea rippled across the state. “People would hear about the work we were doing in our region and reach out: How can we get something like this going here?” McGinn says. A TICN emerged in Northern Virginia’s Fairfax County, then another, largely community-driven, in Southside, an area that includes a robust Latinx population and two historically Black neighborhoods.

McGinn began to convene quarterly meetings of the TICNs—there are now 26 across the state—so members could share challenges, successes and resources. Pre-COVID, leaders were intentional about making those meetings resilience-building experiences: they wove mindfulness activities throughout the agenda and provided fidget toys, mandalas and candy. “People felt cared for,” McGinn says. “We always leave those meetings feeling refreshed, and with new ideas.”

It’s been harder to replicate that care in a virtual format. At the GRTICN’s March meeting, held during the chaotic start of the pandemic, the chair of the network’s schools committee led participants in a seated meditation and breathing exercise. The July meeting included a discussion of diversity, equity and inclusion; at the November meeting, a network member led a training on grief and loss.

“We still try to incorporate mindfulness activities,” says McGinn. “We try to connect it back to what people are dealing with—just managing the uncertainty, the stress and anxiety.”

Initially, the GRTICN aimed to foster a common language among its members: understanding the nature, impact and prevention of adverse childhood experiences. Gradually, the network developed nine committees, including ones focused on training, schools, courts, health care and policy.

The network started a speakers’ bureau to host free trainings on trauma and resilience; those now take place virtually. The GRTICN hosted screenings of Resilience—to date, 6,100 Virginians have seen the film—as an education and recruitment tool, a means of engaging people beyond the pool of professionals who launched the network.

“The film catapulted our membership,” McGinn says. “It helps people understand the impact of ACEs in a different way, and it ends with a call to action. We’d have a post-film discussion, and people would be fired up and excited.” 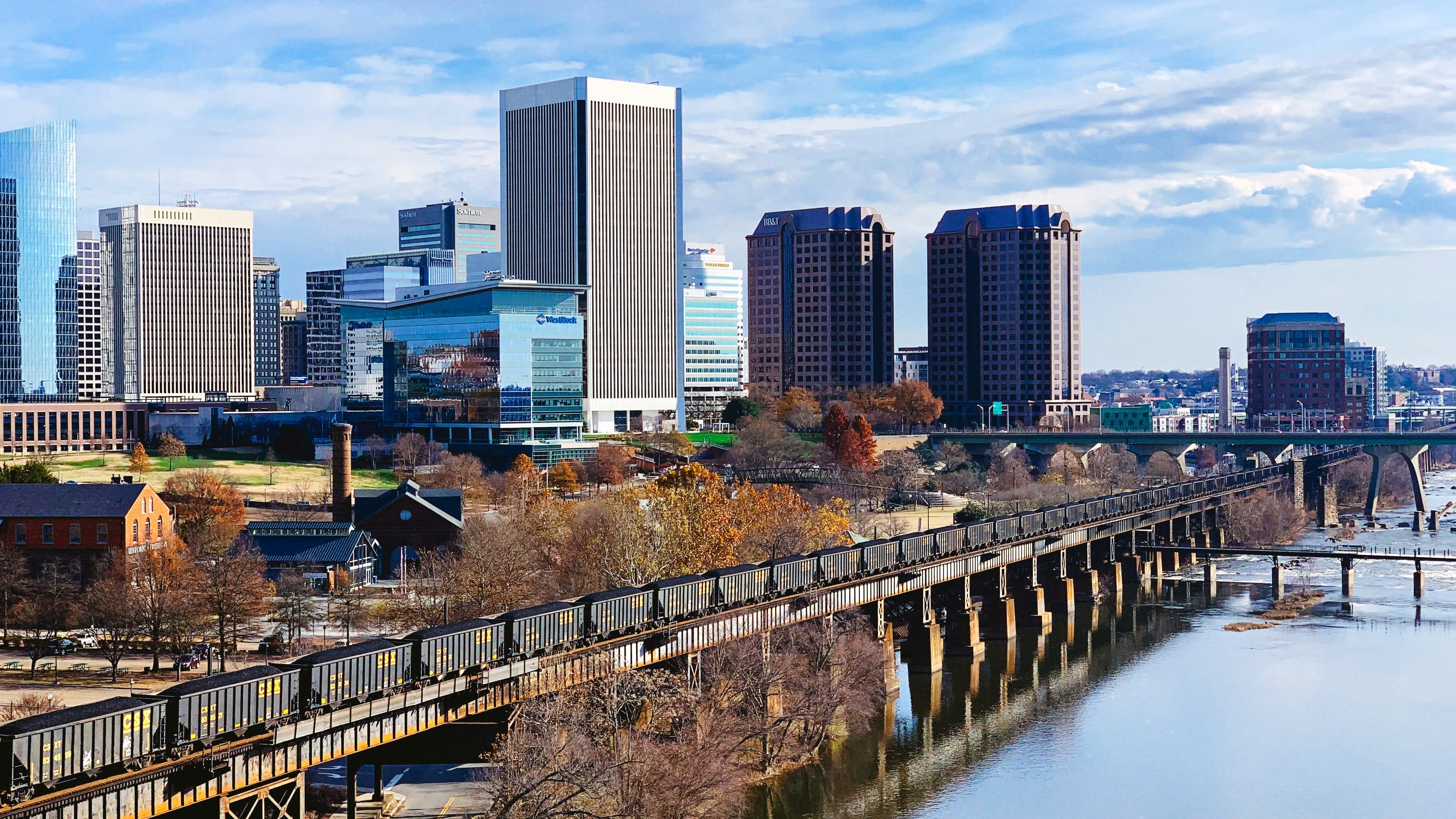 The network developed an orientation to help new members catch up and learn strategies for becoming involved. The idea, McGinn says, “was to make it less intimidating. To help people understand that you don’t have to be an expert on trauma and ACEs, and that they can be involved without having to come to a meeting”—for instance, by joining committees, attending events and subscribing to the GRTICN’s monthly e-newsletter.

McGinn cites the work of statewide TICNs in catalyzing awareness and action among policy-makers. Together with Voices for Virginia’s Children, which launched the Campaign for a Trauma-Informed Virginia in 2018, TICN members plan and participate in an annual Trauma-Informed Advocacy Day at the General Assembly in Richmond.

At that event in January 2020, participants met with legislators for debriefings about ACEs and resilience; presenters, including those with lived experience of trauma, shared poetry and performance. “Each year, more and more legislators become more knowledgeable about ACEs,” McGinn says. “There’s a greater level of understanding.”

McGinn points to some important take-homes from the GRTICN’s work: the value of involving people from all levels, not just agency or department heads; the attention to diversity, inclusion and a variety of ways for members to participate; the importance of ongoing communication, such as e-notes, between meetings.

An ongoing challenge for the state’s TICNs, McGinn says—especially during the pandemic, the resulting economic free-fall and the nation’s painful reckoning with racial injustice—is the reality that everyone is feeling overwhelmed.

“We are working with very stressed and traumatized systems,” she says. “This is going to be very long-term work. And we have to work on ourselves individually before we can expect changes in our practice.” She’s heartened that large numbers of people—between 50 and 70—continue to attend GRTICN’s virtual monthly meetings.

In meetings of all the state’s TICNs, which stepped up from quarterly to every other month since the start of the pandemic, there is always time on the agenda for local leaders to describe what they’re seeing in their communities—an uptick in domestic violence calls, for instance, or a worrisome decrease in reports of child neglect and abuse when schools closed.

“We ask people from different sectors to report on what they are seeing and how we can help support,” McGinn says. “We don’t have to have all the answers, but we can pull people together.” 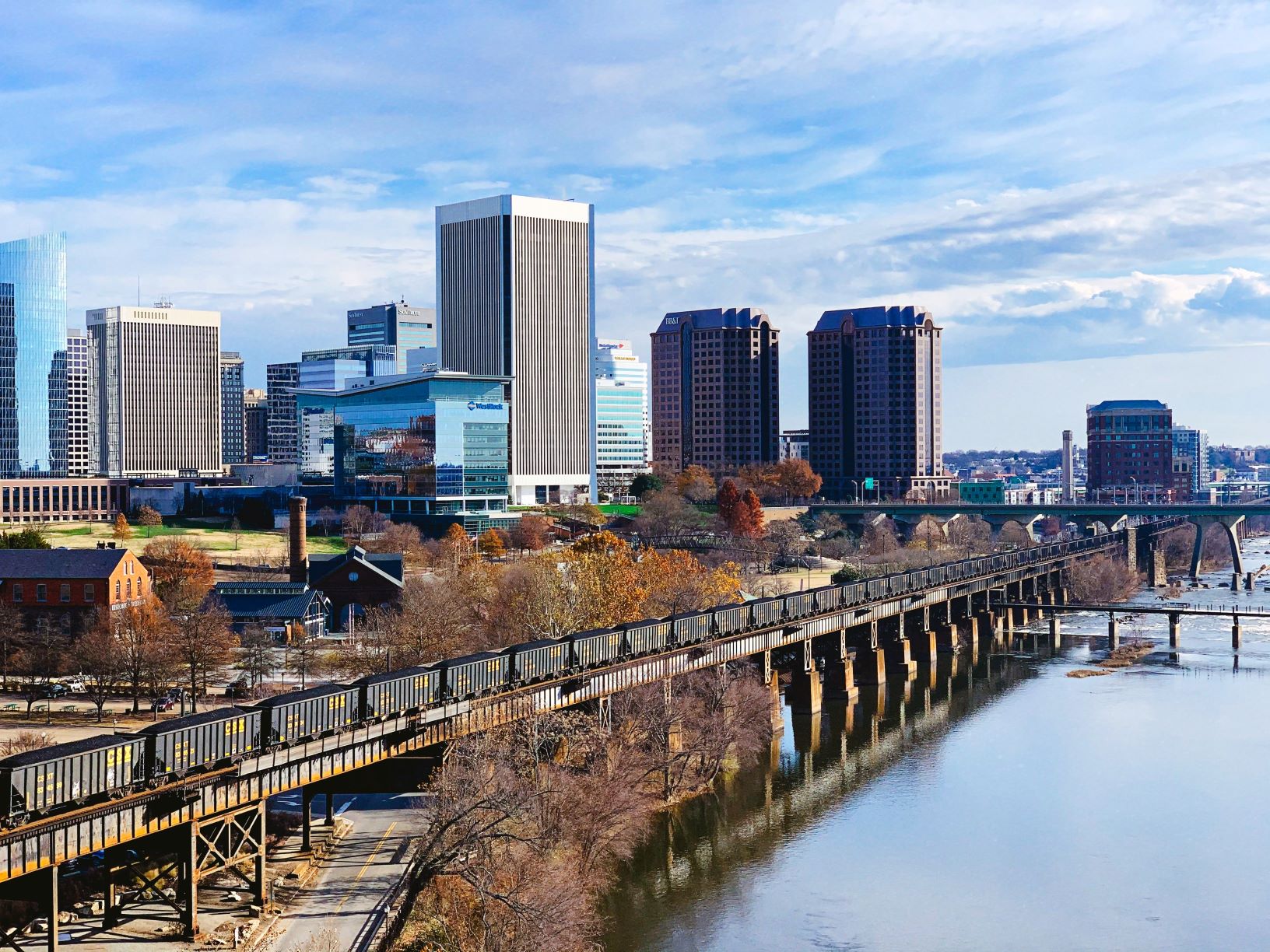