When members of Maryland’s State Council on Child Abuse and Neglect (SCCAN) began in 2006 to examine what their state was doing in the realm of prevention, they discovered a gaping hole.

Many participants in the 23-member Council—people working in child welfare, mental health, law enforcement and advocacy groups—knew about ACEs and about the corrosive effects of early childhood maltreatment.

But they discovered, through informational interviews across different sectors and an environmental scan of statewide services, that no agency was responsible for a coordinated upstream effort—that is, to prevent the experiences and conditions that cause harm to children in the first place.

Over the next few years, Council members examined child abuse prevention plans in other states and partnered with a range of stakeholders, including Prevent Child Abuse America, the Maryland chapter of the American Academy for Pediatrics and Court Appointed Special Advocates (CASA).

“We kept building the network; we invited anyone who wanted to be on our prevention committee of SCCAN to join us,” says Claudia Remington, who chaired the council in 2006 and became its executive director in 2010.

The following year, the group became Maryland Essentials for Childhood, a collective impact coalition to prevent and mitigate childhood trauma as well as promote safe, stable, nurturing relationships and environments for all Maryland children.

Coalition members learned about the Centers for Disease Control’s Essentials for Childhood framework for preventing child abuse and neglect and promoting positive child development. Although only state health departments were eligible for CDC grants to fully implement the framework, the group did qualify for technical assistance. 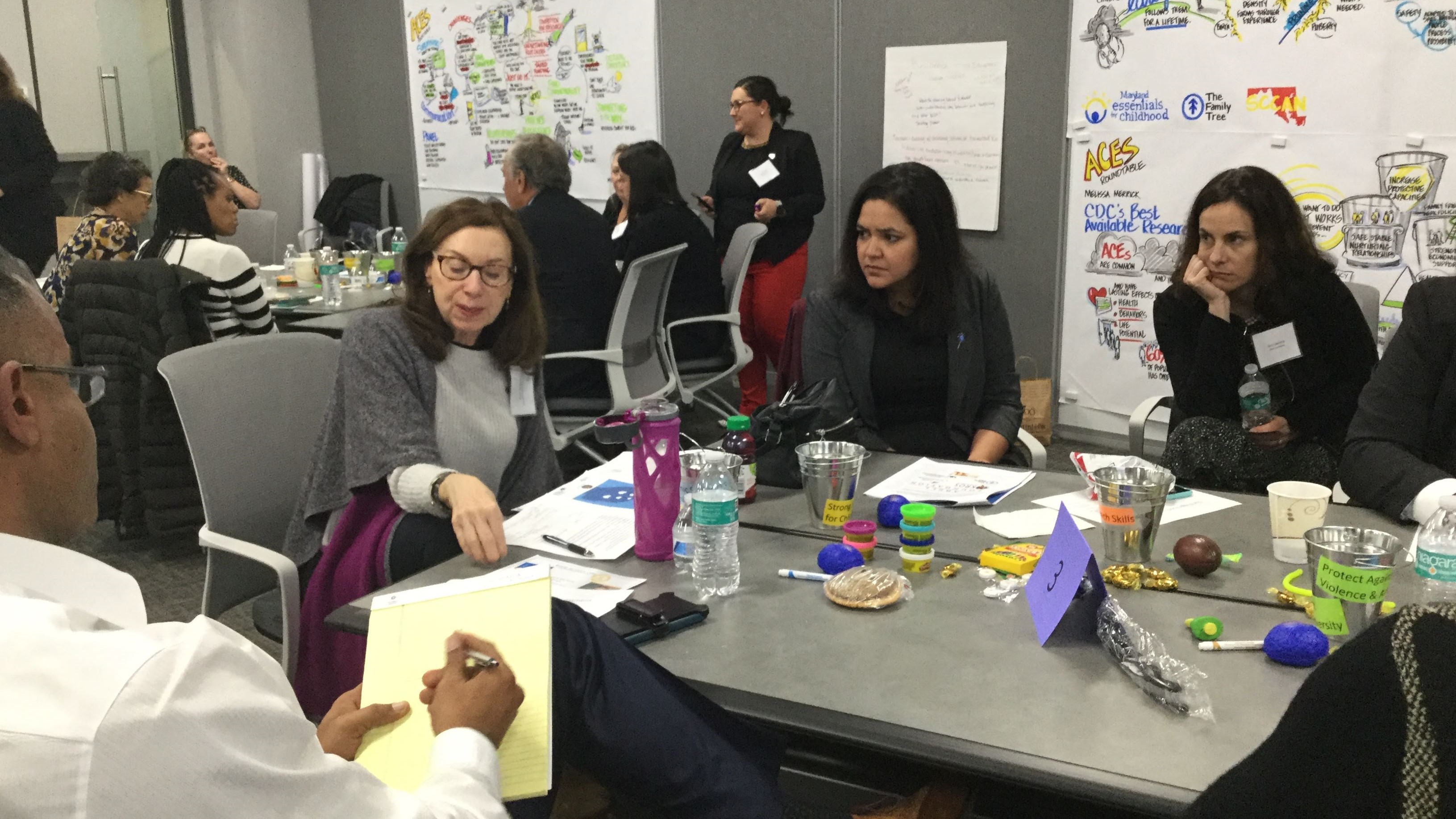 The first goal was to spread knowledge of ACEs and brain development. “We didn’t have a lot of people who were very informed around the science,” Remington says. So the Family Tree—the state’s primary child abuse prevention agency and, along with SCCAN, the backbone for Maryland Essentials for Childhood—funded ACE Interface training for a cohort that included people from a broad range of sectors.

Among those trained were a judge, educators from early childhood centers and university campuses, religious leaders, community advocates, CASA volunteers, a state legislator, someone who worked for a foundation and a young sheriff who had never heard of ACEs.

Maryland Essentials for Childhood has provided that master training for nearly 100 people who, in turn, have reached thousands across the state, including the Maryland State Police, local health departments and members of the General Assembly who learned about brain science, resilience and ACEs prevention efforts in other states at a round table last December.

“The legislators were able to ask lots of questions,” Remington says. “[They] agreed that they wanted to have some kind of childhood resilience caucus; they wanted to work with us to develop an ACE-informed platform.”

While the pandemic slowed some of those efforts, Remington says, she remains proud of Maryland Essentials for Childhood for putting childhood adversity and prevention on legislators’ radar—a way, she says, “to get policy-makers to start thinking that almost every policy we work on has to do with ACEs.”

“You can’t fix something if you don’t know the magnitude of the problem,” Remington says. “We want to make sure that we know.”

The 2015 BRFSS data told a sober story: Three fifths of the 6000 Maryland BRFSS participants who completed the ACE module reported having at least one ACE at some point during their childhood. Almost a quarter of reported three or more ACEs.

Maryland Essentials for Childhood uses those numbers to drive home their message, whether to the lieutenant governor, the state Department of Education or the state’s Opioid Operational Command Center.

“We need people within those systems to be the advocates, people who will really understand the process of becoming trauma-informed,” Remington says.

Pre-COVID, the coalition clocked some legislative victories: one bill that requires a medical director in the state’s child welfare system, and another that calls for schools to focus on preventing child sexual abuse by training staff members annually and developing rigorous codes of conduct. Remington would like to see more policy changes to prevent child maltreatment by bolstering families—for instance, a bill that would provide paid family leave.

The coalition is working with Healing City Baltimore, which this year successfully promoted a bill to form a citywide trauma task force and to infuse trauma-informed approaches across all city agencies.

Maryland Essentials for Childhood remains a “loose network,” Remington says, meeting (virtually, for the time being) monthly. She credits the group’s collective impact approach for its successes—the slow effort to fill the gap in preventing not only child abuse and neglect, but all the sources of harm to children.

“I don’t think we would have accomplished any of these things if it hadn’t been for the entire network working together. It’s putting together resources—people-time, ideas, people knowing different systems.

“Sometimes people will say, ‘Stay in your lane. Why are you talking about domestic violence or substance abuse or mental health?’” But children’s brains, she points out, do not distinguish between traumas from different sources. “They need caring adults in order to heal and people with foresight so we can prevent it in the first place.” 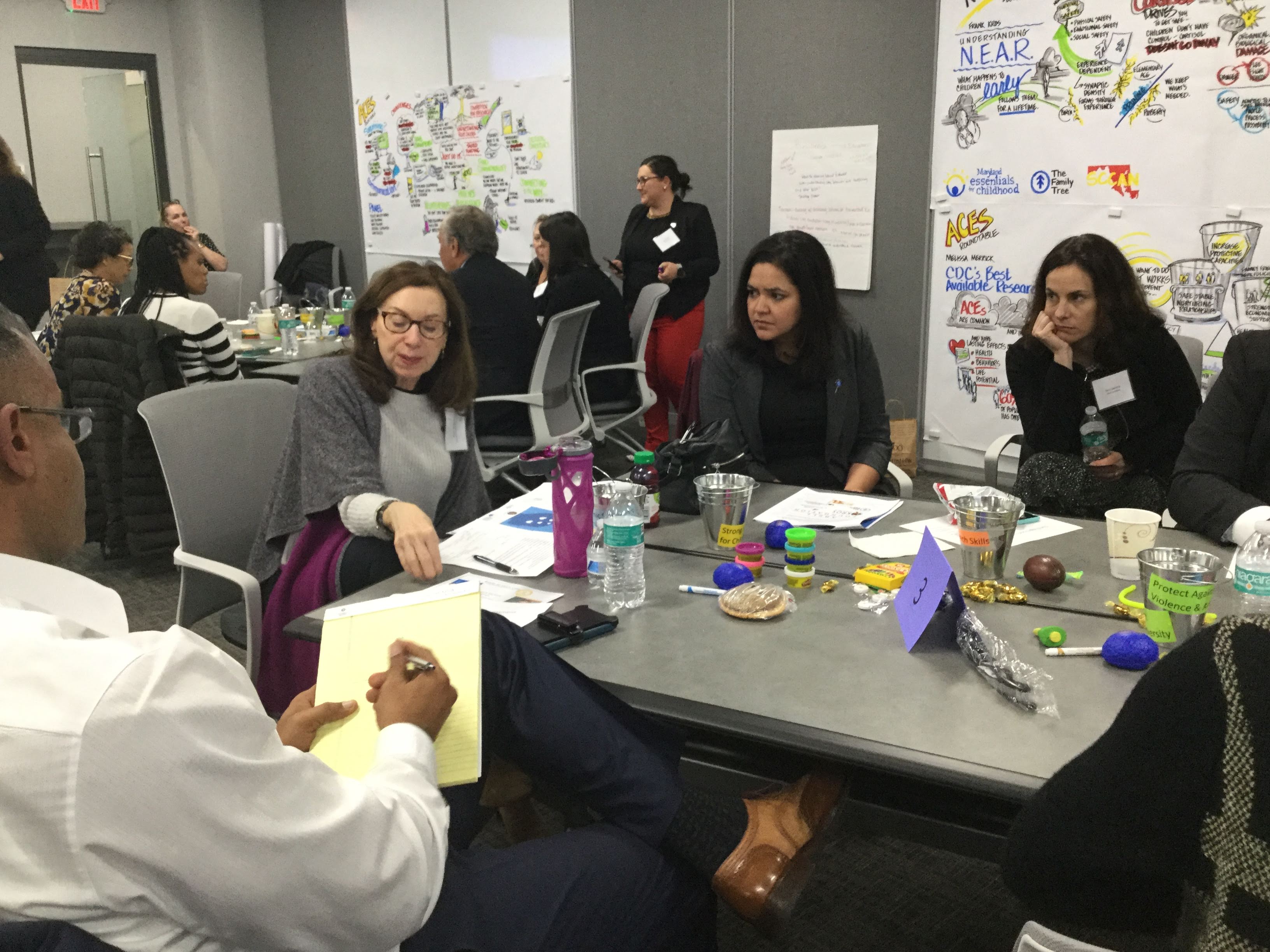