In Fresno, volunteers from local churches were already working with the schools, mentoring kids and running weekend recreation programs. Community-based non-profits were in conversation with educators; pastors were talking to social-service providers.

The problems were clear: nearly 30% of Fresno’s residents living in poverty (the rate tops 40% for Black residents), with a 20-year gap in life expectancy between the richest and poorest parts of this sharply segregated city.

For several years, stakeholders gathered for monthly meetings—structured conversations about ACEs, trauma and resilience. “We asked: What is the science and best practice around ACEs? What can we do to move our county toward being a trauma-informed county?” says Brian Semsem, a pastor, drummer and trauma-informed consultant whose “baptism” around ACEs led him to become one of many co-facilitators of the Fresno County Trauma and Resilience Network. The group joined ACEsConnection in 2017. 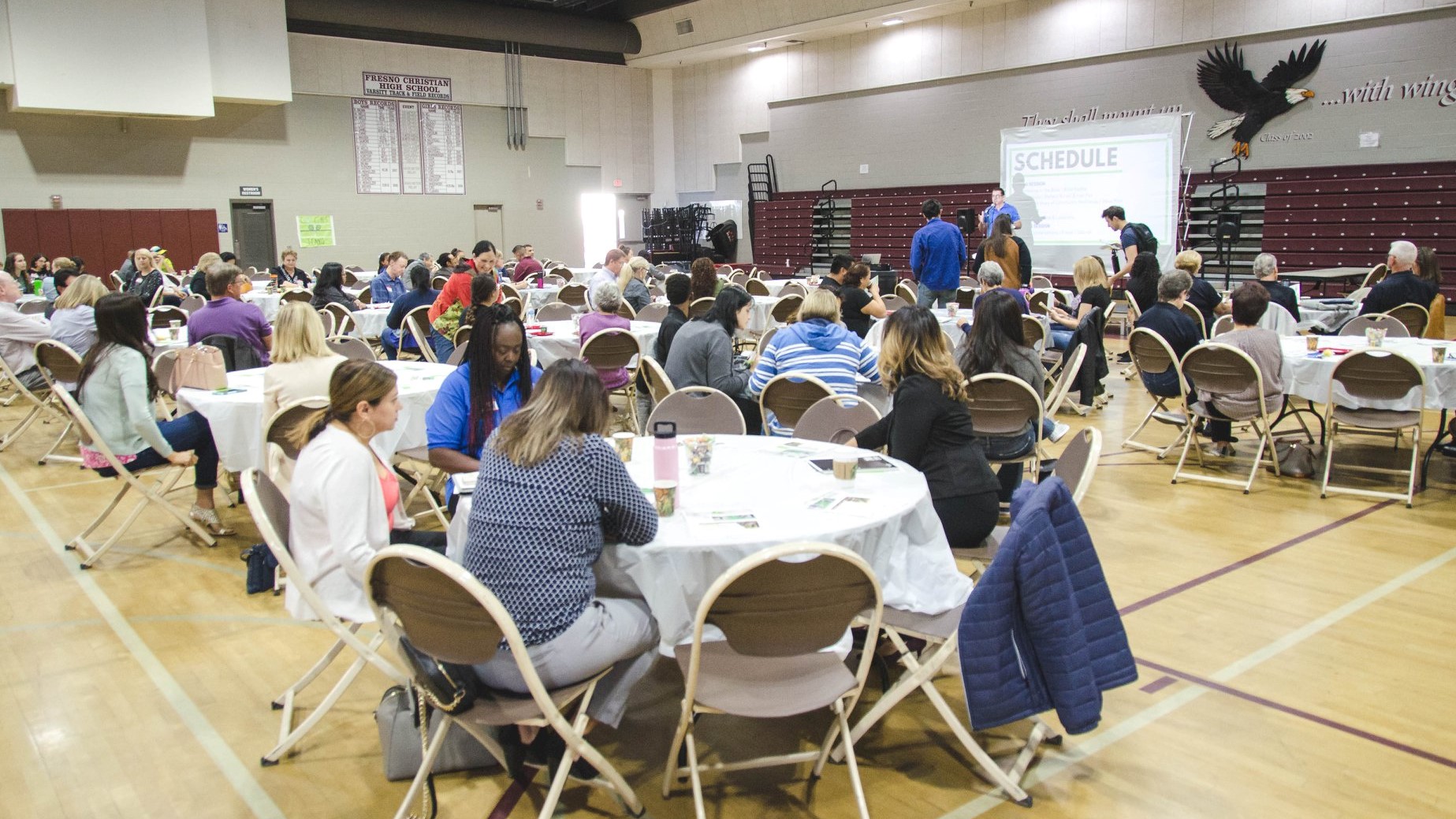 “People were well-versed in the social, economic and health disparities that plague our community,” Semsem says. And while numerous organizations and initiatives were trying to heal those disparities, “We didn’t have a common language to identify the root cause. ACEs science brought understanding about early childhood brain development and toxic levels of stress.”

The Network partners with other cross-sector collaboratives, including Cradle to Career, which works to improve education and health outcomes for children, and the Preterm Birth Initiative, focused on boosting health before, during and after pregnancy. Members attend one another’s meetings to share knowledge, strategies and challenges.

In 2019, Semsem took part in a foundational ACEs-and-resilience training through the Community Resilience Initiative (CRI) in Walla Walla, Washington; he returned home and shared what he’d learned with public and private agencies, educators, faith-based groups and others, about 600 people in all.

Later, CRI came to Fresno with a train-the-trainer workshop for 68 people affiliated with the Trauma and Resilience Network. Some of them are now developing sector-specific trainings for educators, foster-care specialists and business groups. 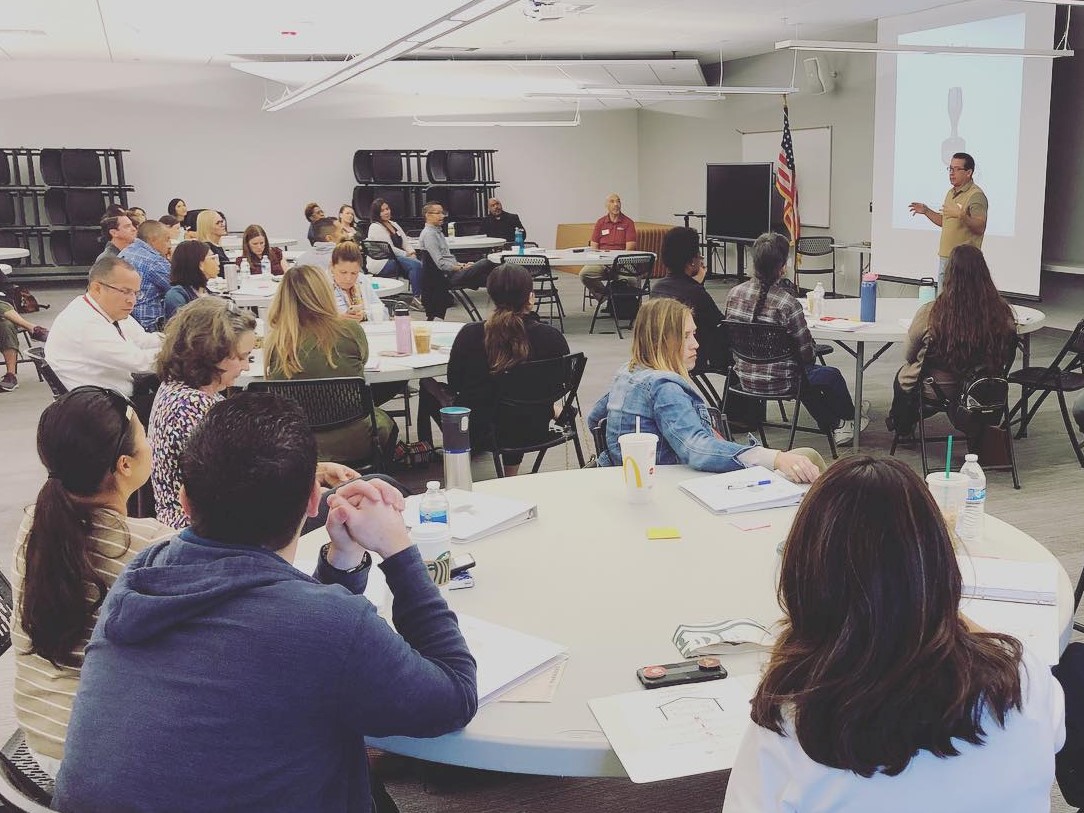 It’s been the Network’s role to help connect the dots. “ACEs, trauma and resiliency work gives a shared purpose to initiatives that were not seeing themselves strategically connected,” Semsem says. “ACEs and community trauma are the underlying currents to many of these different social ills.”

He’d like to see more representation in the Network from people working in addiction services and recovery, along with those who provide short-term residential treatment for foster youth. Engaging community members remains a priority, and Semsem said that online platforms for meetings have actually made it easier for non-professionals to enter the conversation.

“We’ve started to see some community members coming into our meetings in a way that’s a little safer, a little more anonymous,” he says.

The Trauma and Resilience Network is currently working with the Fresno County Behavioral Health Department to help develop “parent cafés”—community members would be trained to facilitate them—as part of a Handle with Care program, in which school officials are quietly alerted when a child has been present during an event in their home or community that could have a traumatic impact. “We’re currently working with network partners to engage the community and get their input on how to best develop the parent cafés,” Semsem says.

Meantime, amidst a pandemic that has laid bare this country’s race-based health disparities, and a nationwide reckoning about racial justice, the chasms in Fresno remain stark. “Systems don’t change very rapidly,” Semsem says. “It’s hard to swim against the current. We’ve infiltrated the practitioner and direct-service level. Now we need to influence policy and legislation.”

He’s proud of the relationships—some of them, years in the making—that now facilitate the Network’s efforts. “One of the greatest success stories of the Network has been a sense of shared purpose and mission. This is not a juvenile justice problem, it’s not a social work problem, it’s not an education problem. It’s a human problem in the community.

In this Article:
8/13/2020
How
Coalition Building
Community Engagement
Education & Training
Where
County
Communities
California – Fresno County
Washington
Back to Tools