Parent Partners and a Bridge to the Business World

Joann Stephens will never forget the meeting at which a man pounded the table.

Stephens, who has a high school education, a history of adverse childhood experiences (ACEs) and children with mental health issues, became an accidental advocate. “The systems were not working for my kid, so [I thought], What do we do to fix it?” But at meetings with policy-makers and professionals, Stephens often felt discounted. “One time, a man pounded his fist on the table and said, ‘I can’t stand it when people like you tell us we can do better!’”

At the same time, she educates other coalition members—mental health administrators, care providers, educators and policy-makers—about how to honor the voices of those who struggle with trauma. “It’s [about] continually reminding people: Just because someone doesn’t have the same skills and approach doesn’t mean they are less valuable or deserve less respect.”

Focusing on Youth and Parent Voices

“One of the greatest impacts we’ve had is putting parents’ and youth voices at the center of the Collective Impact table; [members] have seen how it really changes the conversation,” says Kim Eithun, associate director of OCMH.

As family relations coordinator, Stephens provides clear guidelines and a sturdy scaffolding throughout the entire process.  The Collective Impact Partner application invites people to describe a “triumphant moment” and a “low moment” in their past advocacy efforts; a follow-up survey asks what they would do if something stressful happened during a meeting.

Parent and youth partners receive transportation assistance, meals and a stipend--$100 for a monthly six-hour stint that includes prep time, the CMHCI meeting and debriefing. If parent partners co-chair a work group, they receive an additional stipend. 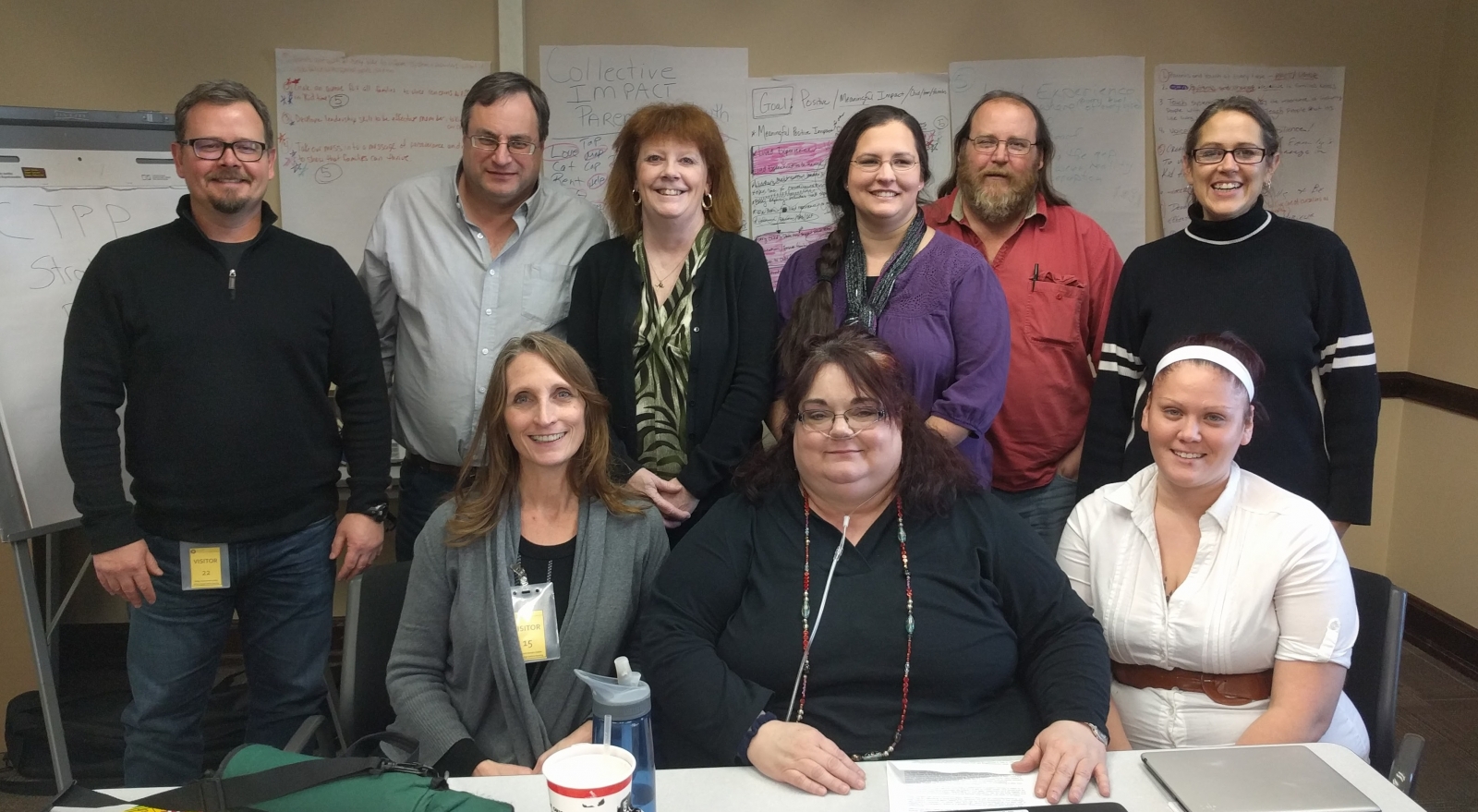 During meetings, Stephens provides real-time coaching and support; a youth partner might text her, for instance, if he doesn’t understand some professional jargon or if he wants to speak up but isn’t sure how to enter the conversation. “Someone from the Department of Public Instruction comes over to our youth after every meeting and says, ‘I need to speak with my people,’” Stephens says. “You can see the shift in these state agencies and private non-profits—people who have never thought to include those with lived experience in their decision-making.”

Bringing ACEs and Resilience to the Business Community

At the same time, CMHCI has used the MARC grant to spread knowledge of ACEs and resilience to the business world via a mobile app that brings wellness and mindfulness practices into the workplace.

There were cultural collisions along the way: between a start-up tech company’s casual style and rapid turnover, and the state government’s stability and deadlines; between the goal-focused, bottom-line-oriented approach of business leaders, and the relationship-based, process-driven framework of the agencies in the CMHCI.

Initially, Elizabeth Hudson, director of the OCMH, hoped to see business leaders join CMHCI meetings. Experience showed that was “probably not a good fit; everyone [in CMHCI] is from a kind of helping organization and speaks a version of ‘social-work-speak.’ My main goal is to come out with a very succinct, convincing declaration for businesses about why ACEs and resilience are important to the work they do.”

Hudson and other CMHCI leaders are learning as they go; after their first presentation of the mobile app, to about 50 members of the public/private Wisconsin Economic Development Corporation, she realized that such groups need more concrete examples of how ACE- and trauma-awareness applies to the workplace.

Participants completed an ACE questionnaire and a pre-survey gauging various aspects of wellness; those who had children also filled out a survey regarding their experience as parents. After ten weeks of using the mobile app, which includes kindness and gratitude meditations as well as mini-lessons in brain science, participants will complete post-surveys aimed to measure any change.

In the meantime, Hudson and Eithun will continue to tweak the curriculum they present in workplace settings. “One of the things we’ve learned is that the business community speaks a different language,” Eithun says. “We’ve talked about how having a family-friendly community is really important when you’re trying to attract people to your workplace. We just have to craft the message.”

CMHCI leaders have been gratified to see ACEs knowledge percolate throughout the state. Recently, Hudson received a call from a United Way leader who wants to bring trauma-informed care to several businesses in her part of central Wisconsin. The Gannett-owned Milwaukee Journal Sentinel has been publishing a series on “kids in crisis,” underwritten by a Wisconsin health system, and Hudson plans to talk with the company’s president about the MARC project and continued coverage of children with emotional and mental health issues.

She and Eithun would still like to see more involvement in the CMHCI from faith-based groups, philanthropic organizations, law enforcement and court systems. And they hope the collective impact model will nudge its members to connect and collaborate even more. “Our model is really about systems change and integrating trauma-informed care into the ways we interact with families and children,” she says.

The cross-fertilization of the MARC project has helped support that effort—from conversations with the Alaska team during the project’s first convening in Philadelphia to ideas from leaders in Buncombe County, NC, about the “resiliency scale” and “resource grid,” visual metaphors developed with the help of the FrameWorks Institute.

In year two, the work continues: conversations—fruitful, though not always easy—between professionals and parent and youth partners, between social workers and MBAs, between physicians and youth. “It’s about getting out into the community and having the message about ACEs reach a wider audience,” Eithun says.