OK25by25 Moves the Needle on Child Well-Being Metrics in Oklahoma

The leaders of OK25by25 learned about Resilience and took it on the road.

Pre-COVID, they traveled the state from Bartlesville in the northeast corner to rural Duncan in the south, showing Jamie Redford’s film about ACEs science and brain development to more than 13,000 people: teachers and attorneys, CASA workers and district judges, physicians and parents. Sometimes 300 people would gather to see the film and participate in a panel discussion; other times, it was an audience of twelve.

Since June, they’ve been sharing Resilience remotely and holding Zoom conversations afterward, says Linda Manaugh, director of communications and program support for OK25by25. The movie, she says, never fails to be a catalyst for action.

“It builds a common language and understanding. When people see it, they think: What are we going to do? We’ve got to do something! Who’s going to work with me? Education, advocacy and coalition-building is what we’re all about.” 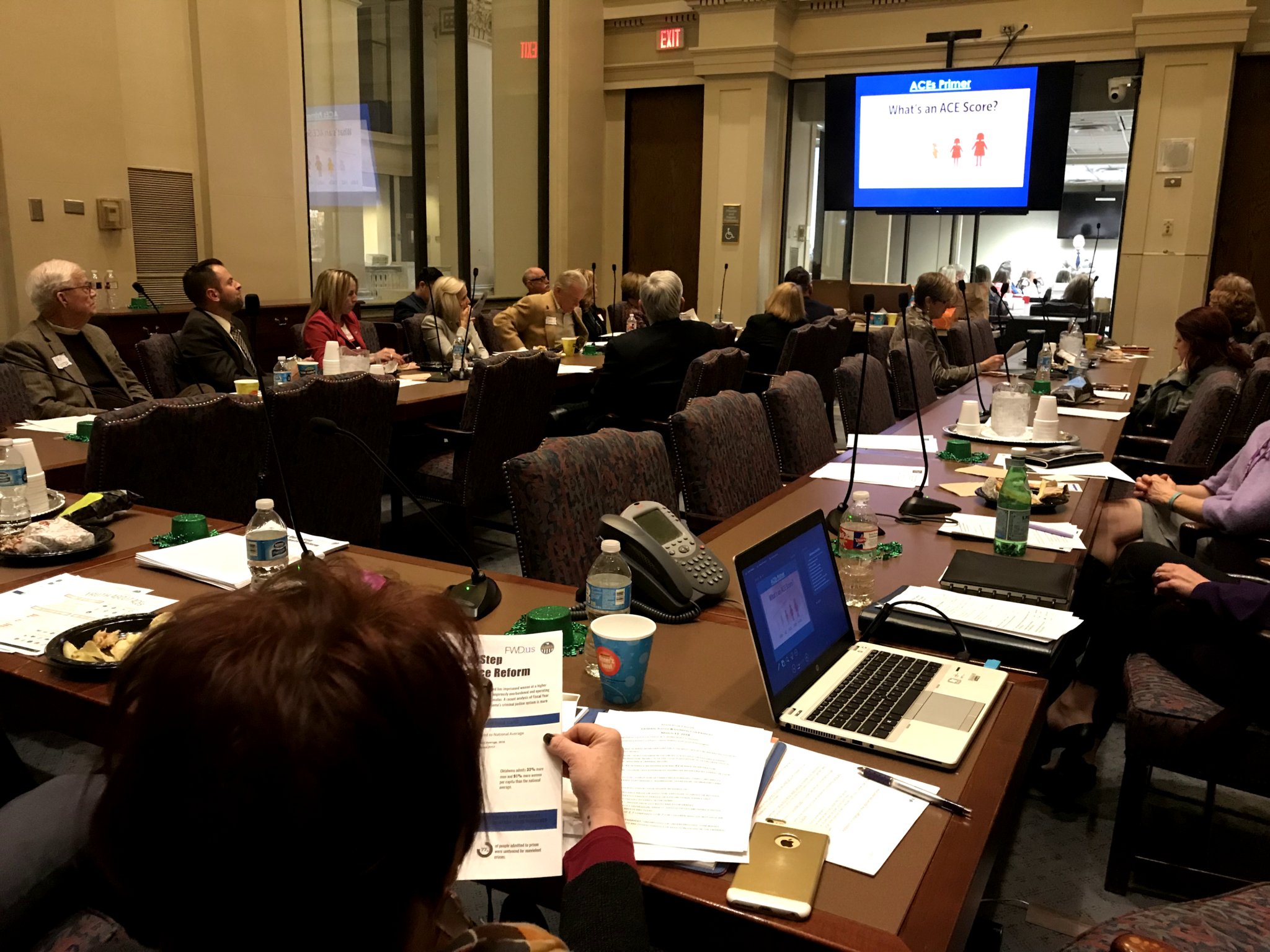 The “we” is OK25by25, an initiative supported by the Potts Family Foundation, a coalition of 60 organizations, state agencies and other funders focused on the health and well-being of children from pre-birth to age five. The coalition’s title refers to its goal: by 2025, to have Oklahoma rank in the top 25 states for a dozen different metrics of child well-being, including infant survival, vaccination coverage and pre-school enrollment.

The current numbers are sober: according to the most recent statistics, the state ranks 47th in terms of infant mortality and 46th for the percentage of children in food-insecure households. The teen birth rate, 29.6 per 1000 girls aged 15-19, puts Oklahoma in 49th place.

That data prompted Craig Knutson, a former economist with a long history of supporting early childhood development, to come out of retirement and help the Potts Foundation launch a network of legislators, non-profits and educational institutions that was first called the Oklahoma Early Childhood Coalition. In 2016, it became OK25by25; Knutson is now its president and CEO.

The coalition decided to focus on young children—“If you’re going to have an impact, you should do it in the first five years,” says Knutson—by supporting access to high-quality child care, physical and mental health services, evidence-based literacy and numeracy programs and family support programs such as nurse-family partnerships.

Then coalition members developed twelve metrics to gauge the impact of their work. “People say, ‘Oh, you’re just tracking numbers,’” Knutson says. “But what we’re trying to find out is who’s bending the curve in a positive direction. We have a list of organizations under each of those metrics. We try to identify those people and find out what they’re doing.” 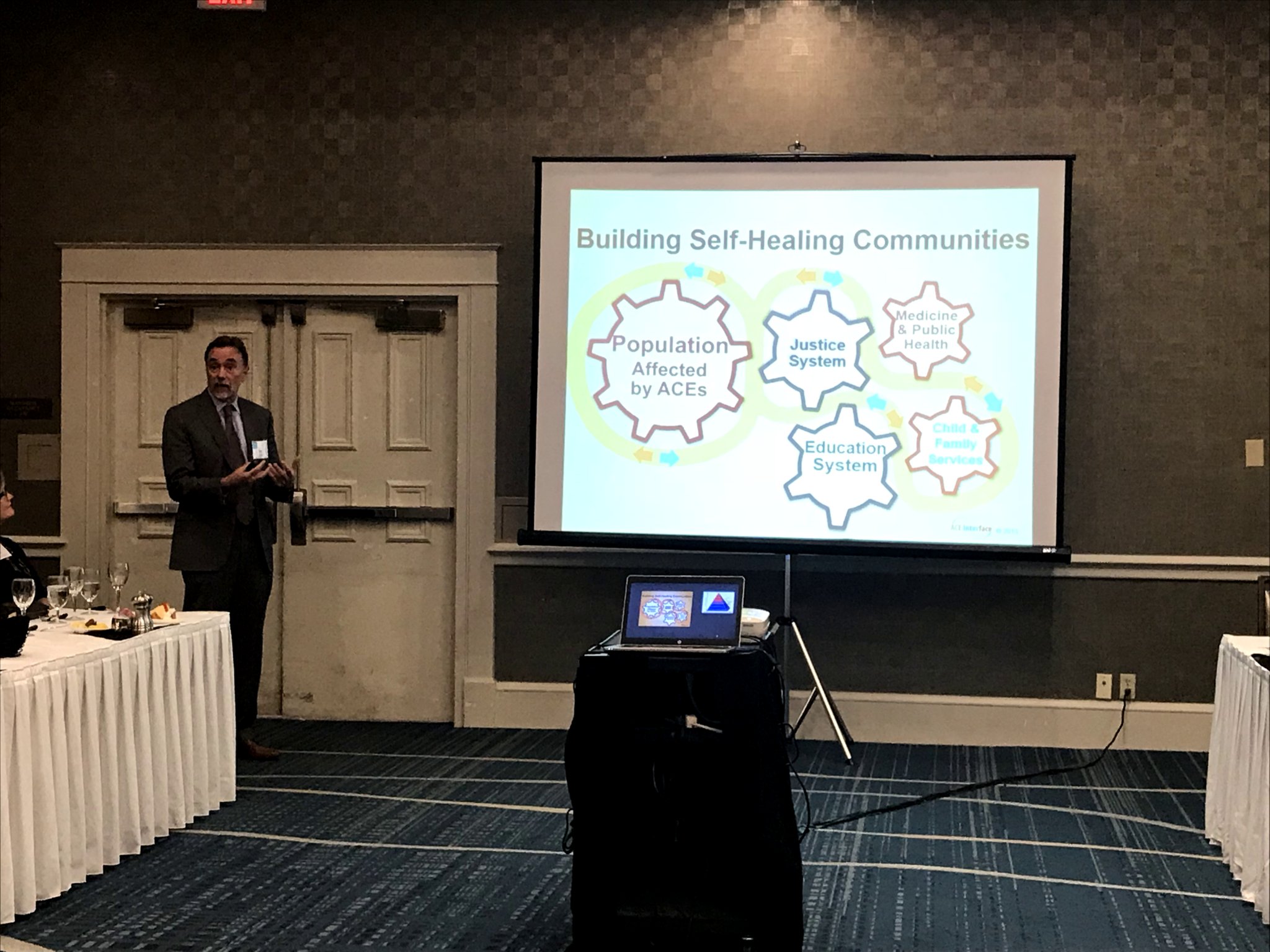 For the past year, Manaugh has headed the “resilience” arm of OK25by25, setting up screenings of the film and recruiting multi-disciplinary panels—for example, someone from a faith-based group, a district attorney, a professor of early childhood, a behavioral health specialist—to facilitate discussion afterward.

“We began to learn that some communities were organizing, building their own multi-disciplinary teams” to address childhood adversity and build resilience, Manaugh says. OK25by25 wanted to support those local efforts; last October, they invited multi-sector teams—including representatives from law enforcement, health, education and the justice system—from 20 different communities, 180 people in all, to attend a two-day training on Self-Healing Communities led by ACE Interface co-founder Laura Porter.

OK25by25 was poised to stay connected with those groups to help them build their networks, develop community-driven action plans and carry them out. Then COVID came. “In June, we started doing once-a-month Zoom meetings” with representatives from those self-healing communities, Manaugh says.

Each one has a different focus: in one community, educators are using material from Oklahoma University’s Hope Research Center to teach children about goal-setting and envisioning the future. Other communities want to work on curbing addictions or improving behavioral health. “Some are just up to their eyeballs with the virus, with keeping people healthy and safe. There are a lot of concerns about how we’ll come back from all of this,” Manaugh says. 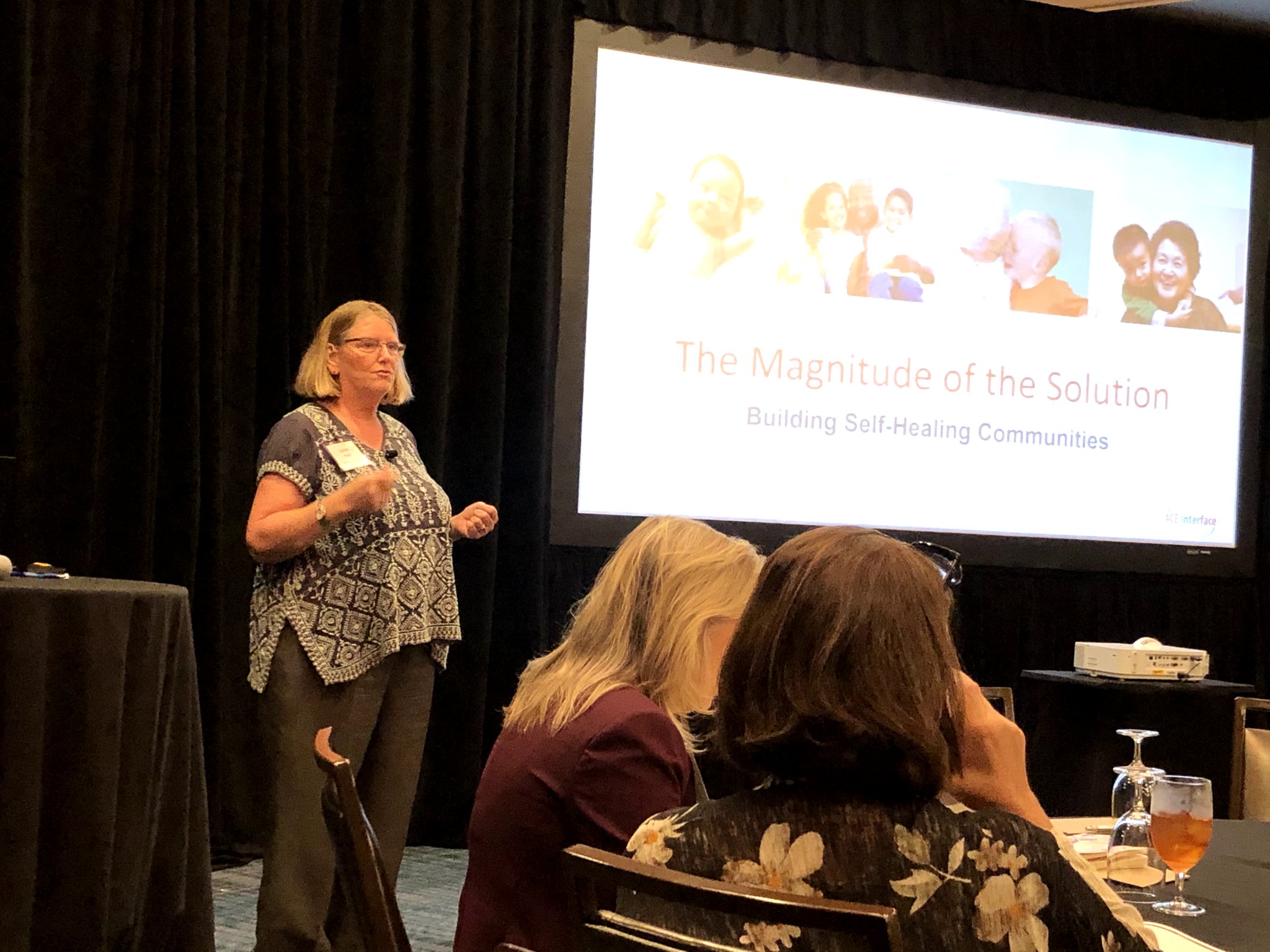 OK25by25 also sponsors a Family Positive Workplace certification, giving annual recognition to companies and agencies that offer flexible scheduling, family leave, child care and other benefits to their employees. So far, 80 businesses—including the Oklahoma Department of Labor, the Oklahoma City Zoo and the Muskogee Housing Authority—have earned the certification.

Knutson says OK25by25 works with the state’s Early Childhood Legislative Caucus, a group of over 40 lawmakers, both Democrats and Republicans, committed to examining legislation through a child-and-family-centered lens. As a foundation initiative, OK25by25 can’t lobby for particular policies, but it can make connections: between lawmakers and the people affected by their policies, between educators and mental health providers in a small rural town, between audience members who are moved to action by a showing of Resilience.

Knutson says OK25by25 has made progress through being persistent, flexible and focused on its target population. “We’ve done close to 200 showings of Resilience; we have almost 80 companies in the Family Positive Workplace program. Those things didn’t exist before 2016. I’m most proud of the fact that, in five years, we’ve built something sustainable. We’ve given ourselves ten years to move the needle.”