By the Numbers: Using Data to Advance the ACE and Resilience Movement

The postcards said a lot more than “wish you were here.”

Parents were asked if they took part in neighborhood activities and if their actions made a difference in their neighborhoods; in both cases, the most common response was “sometimes.”

But data collection didn’t end there; the aim, says Vital Village founding director and pediatrician Renée Boynton-Jarrett, was to bring that information back to the people who provided it, using the postcards to prompt dialogue with parents in clinic waiting rooms and community centers around the city.

The cards included a breakdown of responses to the survey questions, a colorful map of Boston neighborhoods and a sky-blue bubble headlined “GET INVOLVED!” with three suggestions: volunteer; smile and say hello to neighbors; and join the local PTA. 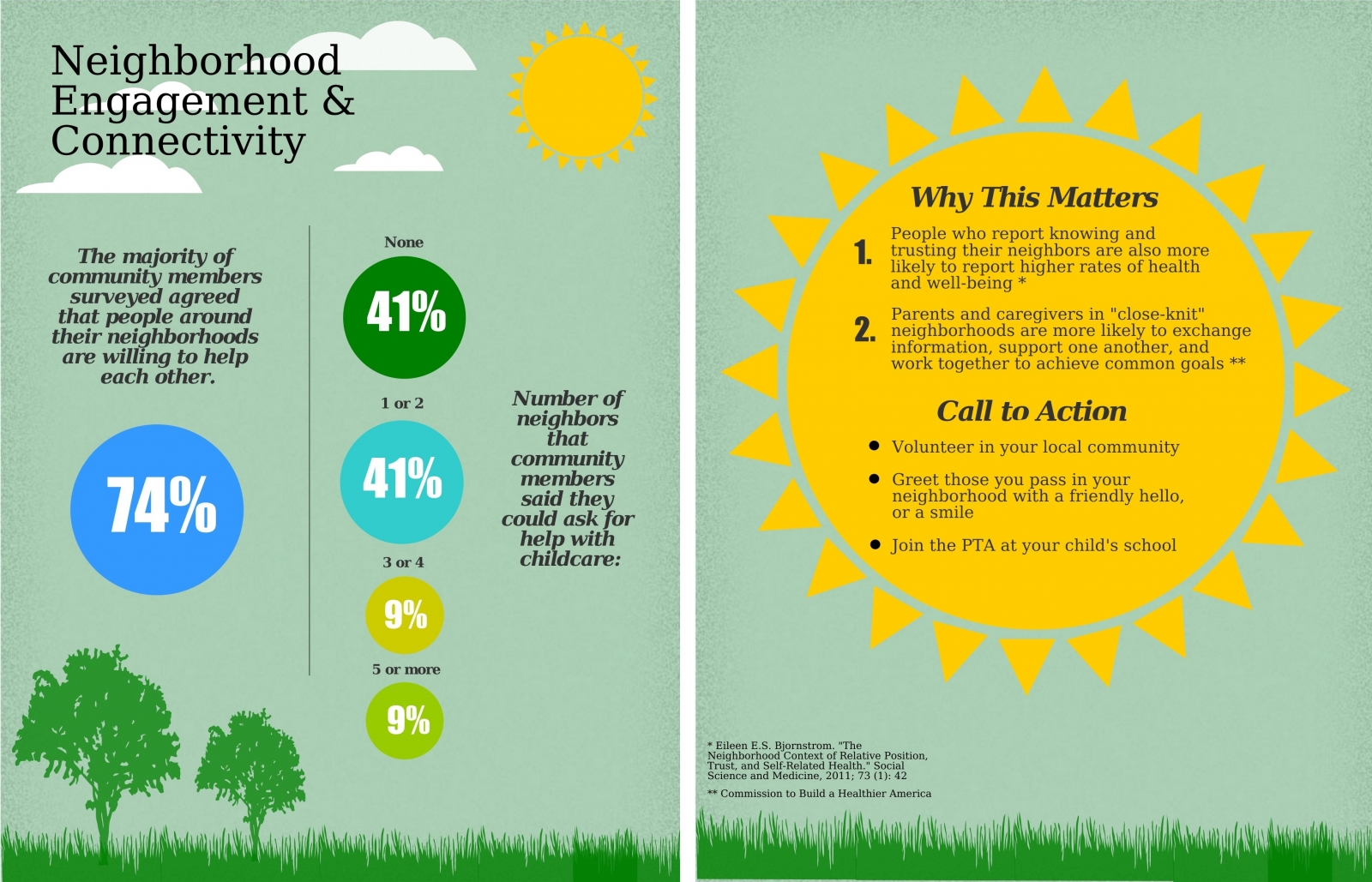 “Our goal was really to engage people,” says Boynton-Jarrett. “It was very helpful for us as a team to begin to see the data we collected shared in real time, rather than collecting for two or three years, summarizing it in a big report and putting it on a shelf.”

The postcards are just one way that Vital Village uses data—both quantitative and qualitative—to open conversation, develop understanding and foster collaboration. One of Vital Village’s MARC-funded projects is a “data dashboard,” an online, neighborhood-based compendium of statistics on schools, crime, population resources and opportunities for children and families.

“That could be useful for groups of parents who are trying to get a stoplight put in on their street, or for advocacy or grant-writing by organizations,” Boynton-Jarrett says. “And it could be used by us as a group to say, ‘Hey, is there a neighborhood that seems to have worse outcomes, and what are we doing to address that?’”

In a 2016 MARC webinar, Christina Bethell, director of the Child & Adolescent Health Measurement Initiative (CAHMI) and a professor at the Johns Hopkins Bloomberg School of Public Health, urged communities to “make data a habit” in their efforts to combat ACEs and boost resilience. “Data is the quickest way to bring people into a dialogue. It forces you to be very specific. Data helps us check our assumptions, and it helps to track and give continuous feedback,” she said.

To counter the defeatist assumption that “we can’t do anything about what’s already happened,” she points to data showing that kids with resilience—the ability to remain calm and in control when faced with challenges—are less likely to suffer emotional problems, even when they have experienced ACEs.

In Boston, Vital Village used the postcards to probe deeper into data that seemed contradictory. When a survey of parents showed that a large number agreed with the statement, “I live in a supportive neighborhood environment,” but a much smaller number agreed that “I could reach out to a neighbor for child care in an emergency,” postcards helped prompt conversation about the apparent paradox.

“We learned that some people would only ask family members to help with child care,” Boynton-Jarrett said. For others, pride, language or cultural barriers stood in the way of asking neighbors for child care assistance.

Every Vital Village e-newsletter contains a section called “The Scoop on Stats,” with brief highlights of relevant local or national studies. One month, that section described the “rapid feedback forms” Vital Village uses to quickly gather responses to each network meeting, asking participants to rate the session from 1-5 on knowledge gained, quality of content, and practical application, along with a response to the question, “What is one thing you intend to do as a result of this meeting?”

Another newsletter summarized the results of Vital Village’s survey of 17 of its member organizations; 88% thought the network had been successful in supporting collaboration and cross-sector partnerships. “We were trying to see if…we were really meeting our goals as a network, and whether the partners were feeling that,” said Boynton-Jarrett.

Both Bethell and the study directors from Westat, a research organization conducting a three-year evaluation of the MARC project, said data can help communities understand who is engaged in their networks and the extent of those members’ collaboration. When mapped visually as a spider web of nodes and connections, that data is useful in strategic planning, goal-setting and boosting member engagement. 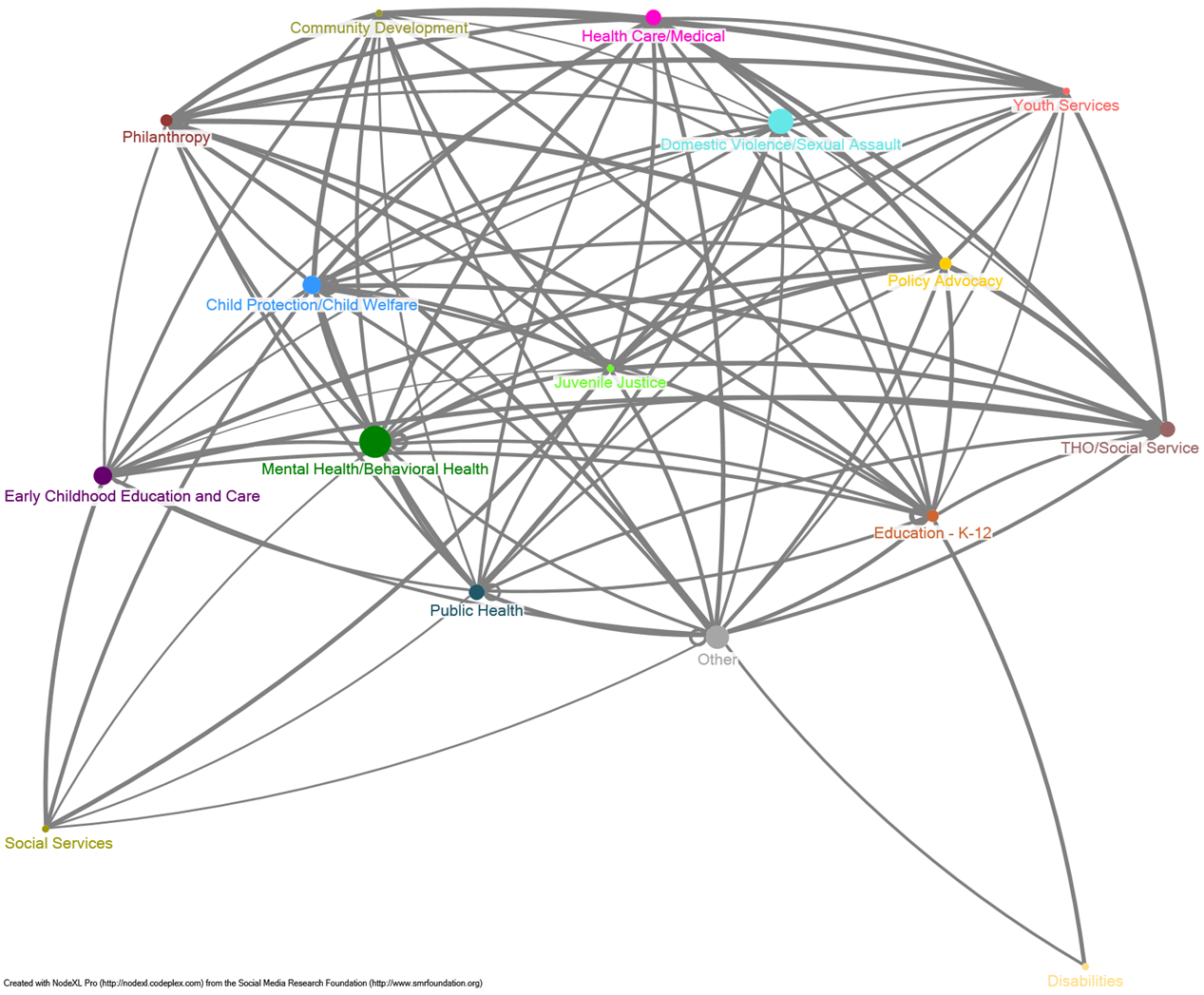 In Alaska, for instance, MARC organizers noticed that businesses were absent from the web of network connections and began working to engage that sector. “We used the chart as a starting point to have the conversation of who’s not at the table and how we can bring them to the table,” said Trever Storrs, executive director of the Alaska Children’s Trust and a MARC leader.

Data, Bethell says, helps to identify need, build partnerships, educate policy-makers, bolster advocacy efforts and support grant writing. She encourages community networks to use data in combination with storytelling for the most potent impact. “Create a link to something people know,” she advises—for instance, if 1.2 million children in a state have special health care needs, point out that this number would fill 280,000 school buses.

The Community Resilience Initiative in Walla Walla, WA, brought the numbers on ACEs—a dizzying batch of statistics when considered on the national scale—close to home by having an interactive learning lab calculate the cost of unaddressed ACEs to the bottom line of local businesses.

“Every state of transformation requires good-enough data,” Bethell says, and the most potent data is that which shows an association between health or behavior outcomes and resilience-boosting initiatives and programs. “In a few years, what do you want to be able to say? You have to be mindful about why you want data, whom you want to communicate it to and what you hope will happen.”

The Data Resource Center for Child & Adolescent Health (DRC) is an online resource designed to share the voices of parents with policymakers, researchers, advocates, professors, students, and other parents interested in promoting a higher quality health care system for children, youth, and families. The DRC provides hands-on access to national, state, and regional data findings from large population-based surveys. Data are collected from parents and thus contribute a much needed voice in the drive to improve the quality of health care for children and youth.

Create a custom map to visualize patterns by topic, region or demographics.

In this Article:
5/2/2017
Who
Community Residents
How
Communication
Community Engagement
Data & Evaluation
Where
City
State
Communities
Alaska
Massachusetts – Boston
Washington
Back to Tools