In 2019, the Maine Resilience Building Network grew up. After seven years of operating as a volunteer-driven, grass-roots, cross-sector coalition devoted to building resilience for the state’s children, families and communities, MRBN developed a business plan, applied for non-profit status and hired its first two paid staff.

That work was supported by the Bingham Program, a charitable endowment at Tufts Medical Center and a longtime funder of MRBN, formed in 2012 to educate individuals and organizations across Maine about ACEs, their impact and the protective factors that can help people thrive.

Members of the volunteer leadership team leapt at the prospect of having paid staff and being able to “continue this work in a more meaningful and organized manner,” says Kini-Ana Tinkham, who moved from the leadership team to become MRBN’s executive director. “We just hit the ground running; there’s so much work to be done.”

MRBN, whose tagline is “Join the Conversation,” brings together practitioners in medical care, education and behavioral health, along with those working in business, law enforcement, the military, juvenile justice and faith communities.

From the beginning, MRBN’s message has focused on wellness and healing rather than illness and trauma; a recent change in the domain name from MaineACEs to MaineResilience reflects that thinking. The word “resilience” had to be part of the name, says MRBN co-founder Sue Mackey Andrews. “We talk about how it’s never too late to realize your ACEs and, through support and personal discovery, overcome them.”

A 2016 report, “Adverse Childhood Experiences in Maine II: Knowledge, Action, and Future Directions,” cited the impact of MRBN’s efforts to raise ACEs awareness across the state.

In 2010, a survey by the Maine Children’s Growth Council showed that 41.8% of the state’s practitioners (in health, education, mental health and other disciplines) had heard of the original ACE Study; four years later, 81.1% were familiar with the study. And more than one-third of respondents said they had learned about ACEs from summits organized by MRBN.

It was the cross-sector approach that drew Tinkham to MRBN. “I’m interested in collaborating with people and organizations who are like-minded and strive to improve outcomes and wellbeing for our children, families and communities. Meeting with people and combining efforts makes a lot of sense,” she says.

One measure of that multi-sector approach is the line-up at MRBN’s May conference, “Building Resilience Across the Lifespan,” which included speakers and sessions on “Cool Calm Kids,” poverty and resilience, and grandparents as caregivers.

For the past 15 months, MRBN has been training Community Resilience Facilitators, 23 individuals equipped to do one- or two-hour ACEs and resilience presentations in their communities. Joyce Morrissette, a psychiatric nurse for 25 years was trained last year; this summer, she became MRBN’s Engagement and Training Director.

Recently, she led presentations for school bus drivers, child welfare advocates and K-12 teachers. “One of the things I’ve observed is that you can see people connecting the dots,” she says. “People come up after the presentations and share. It resonates.”

An ongoing challenge, given the state’s size, spread-out population and high rates of poverty and ACEs (25% of Maine children have experienced two or more ACEs, compared to 22.6% nationally), is to make sure the message reaches and engages people in all parts of Maine. That’s why, when MRBN received a federal Department of Education grant to conduct 12 trainings this fall for early childhood education and pre-school staff, it was critical to Tinkham that those trainings happen in northern, central and down-east regions of the state.

MRBN’s fall meeting will include a showing of Broken Places, a documentary that explores why some children suffer lifelong damage from early adversity while others thrive. Tinkham and Morrissette hope that screening, and the panel discussion to follow, will continue the momentum of a multi-sector ACEs/resilience movement in Maine.

“None of us can do it alone,” says Tinkham. “We need to work alongside each other to be part of the solution.” 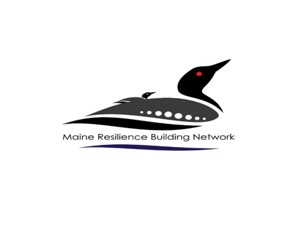 In this Article:
8/29/2019
Who
Early Childhood Providers
How
Coalition Building
Data & Evaluation
Education & Training
Sustainability
Where
State
Communities
Maine
Back to Tools