TRACEs’ work group on youth and children in foster care spent a good portion of the last year’s monthly meetings examining holes in the system: How would foster families be affected by changes in funding from the Oregon Department of Human Services? What would it mean for kids if Court Appointed Special Advocate (CASA) positions were cut?

Most important, what did foster children and youth, their families of origin and their foster families need in order to thrive?

“We put together a portfolio of positions that needed funding and worked collectively on getting the money to make it happen,” says Kristen Kaul, who manages training, coordination and community-building for TRACEs (Trauma, Resilience and ACEs), a collective impact project based in Central Oregon.

The work group agreed on four priorities: to strengthen biological families, to promote stable and responsive relationships, to provide direct supports for children in foster care and to make system-wide improvements.

The results: $30,000 to an organization that supports biological families in times of crisis; $80,000 to Every Child for culturally appropriate foster family recruitment; $24,000 to a Big Brothers Big Sisters chapter to find mentors for children and youth in care; $284,000 to provide a culturally appropriate CASA for every child.

For Kaul—and for TRACEs, which launched as a region-wide partnership in 2017 to tackle the root causes of issues including chronic disease, incarceration rates, suicide and low school performance—the work group’s process demonstrates the power of cross-sector collaboration.

“Instead of being reactive, it was cool to sit down and think more futuristically,” Kaul says. “Doing the work cross-sector helps us understand better what’s happening throughout the region,” a diverse area that includes the cities of Bend and Redmond, wide swaths of rural counties and the lands of the Confederated Tribes of Warm Springs.

TRACEs now counts more than 100 partners: non-profit groups, organizations and individuals who support the effort to “break the cycle of generational poverty and historical oppression.”

United Way of Central Oregon is the backbone of the project; other steering committee partners include Better Together, a regional partnership focused on increasing student success; the Central Oregon Health Council; the Early Learning Hub of Central Oregon and Littledeer-Evans Consulting.

Another cross-sector effort in which TRACEs plays a role is “Culture of Care,” a $1.5 million grant from the Central Oregon Health Council to develop and strengthen trauma-informed practice across education systems in Central Oregon. The project, launched in February 2019, aims to train more than 3,000 educators, provide three full-time coaches to lead ongoing professional development and create an annual trauma-informed summit.

TRACEs chose its acronym intentionally. According to the network’s website, the word refers to “imprints” like the long-lasting tracks of early trauma. Part of TRACEs’ mission is to raise awareness about individual, family and collective trauma through workshops and trainings. But, the website continues, “raising awareness is not enough. The real power and purpose of TRACEs is cultivating the antidote to trauma: resilience.’

Across the varied territory TRACEs covers, even the word “resilience” can be freighted with different meanings, Kaul says. For some, the word may connote a rugged individualism, an attitude of “pull up your bootstraps and keep trucking through it.” TRACEs tries to promote a broader, more communal brand of resilience, in which communities, spaces and systems nurture people through and beyond crisis.

The inequities underscored by COVID-19, and by the national reckoning on racial justice, have also challenged TRACEs to think more deeply about resilience, Kaul says. “To a lot of people, it means being able to bounce back. Now we’re thinking: Bounce back to what? To the same situation? How do we stop just maintaining the status quo and create an environment where people can thrive?”

When TRACEs began, the group’s vision was broad and ambitious: to address centuries of oppression and poverty and to foster thriving communities across Central Oregon, with trauma and resilience as the unifying threads. “We had a rainbow of what we wanted to accomplish—all really good things,” Kaul says. “Then we got a big cut in funding for the next three years, so it really made us strategic around our priorities.”

After cultivating non-profit groups and government agencies, TRACEs now wants to engage more community members, those directly affected by family and historical trauma. “We are trying to create a healing justice and racial justice program, co-created and co-led by a BIPOC (Black, Indigenous and People of Color) community,” she says.

TRACEs is also trying to gauge its impact; researchers at Oregon State University helped the group find and disseminate resilience surveys—different versions for children, youth and adults—that emphasize relational, community and cultural factors. Results of those surveys are not yet available, but TRACEs leaders hope they will point to existing community strengths, protective factors and areas that need further support.

TRACEs has developed a wealth of material, all available on its website: a slide show on “TRACEs 101 Community Conversations,” a wallet-sized card listing services for people in crisis; fact sheets outlining child care supply and demand in five of the region’s towns and cities.

But in its first three-year phase, TRACEs’ most enduring achievement is the network of relationships knit across Central Oregon, Kaul says. “We have taken the approach of listening, learning, showing up and being able to move forward with those relationships built. This time period has guided TRACEs in narrowing our focus and our strategies; we believe that white supremacy and systemic racism are the root causes of a lot of our issues in Central Oregon and across the nation.

“Pre-COVID, we thought this would be a 10-year project. It needs to be that long. It takes a lot of time to build trust and relationship.” 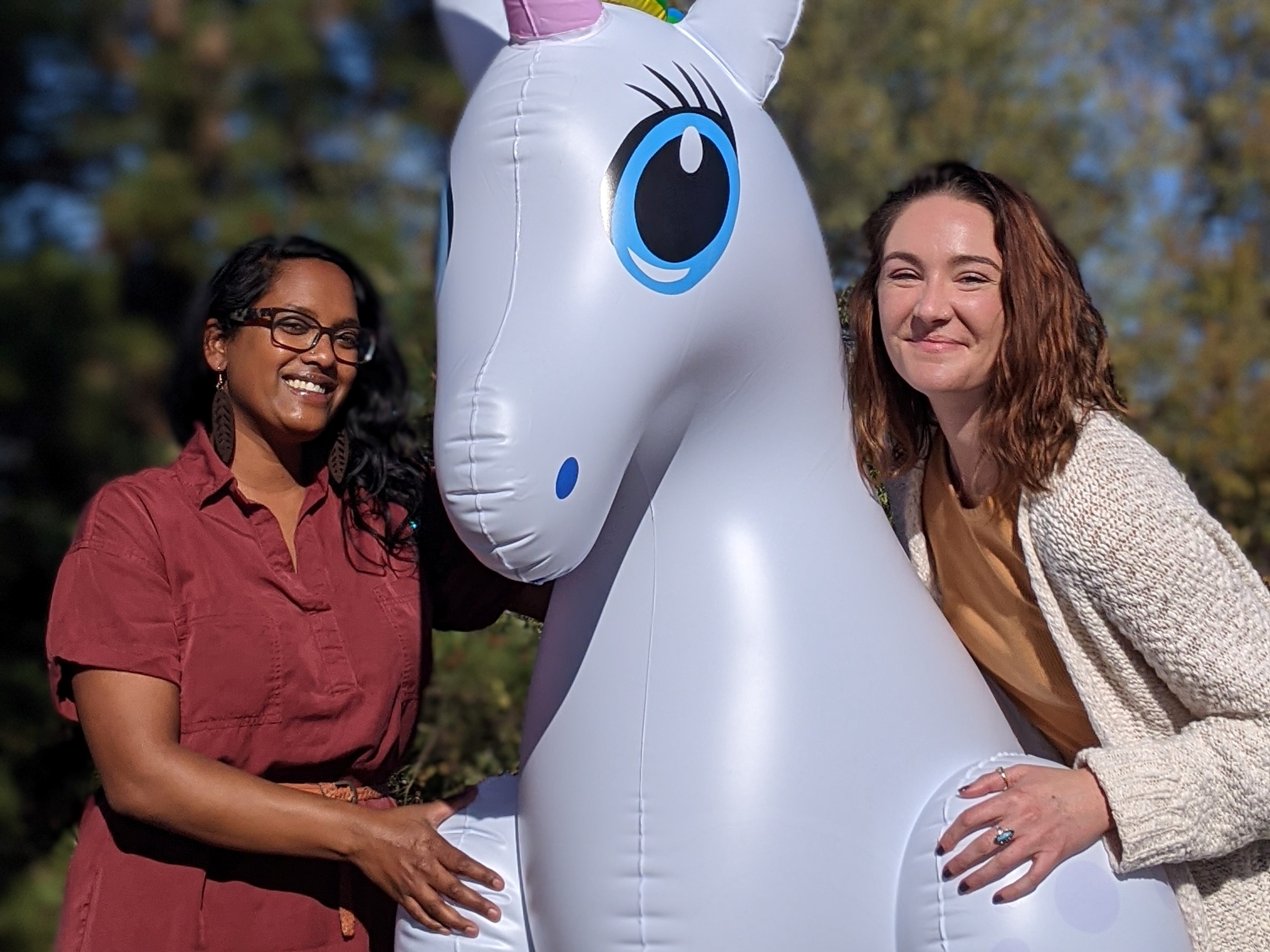