The HEARTS of the Matter

In northern New Hampshire, where Heather Larkin practiced as a social worker after getting her MSW, the community mental health center was a one-stop shop: In addition to mental health treatment, it served people with developmental disabilities and those with addictions; it contracted with hospitals and schools.

Some individual clients and families needed all those services, all at once. Larkin realized that it was impossible to untangle those co-occurring problems and absurd to treat them as if they were unrelated.

“What I saw were individuals and their family members who were experiencing challenges; we’d see them in mental health services and the hospital, in the nursing home and the school system,” she said.

She returned to school to get her Ph.D. “I was thinking: How can agencies serving people with multiple problems come together for a more holistic approach?”

ACEs became part of the answer to that question. Larkin learned about the 1998 study while researching the Committee on the Shelterless in Petaluma, California, a homeless-services agency that was using an ACE framework.

Back at the University at Albany, where Larkin is now an associate professor in the School of Social Welfare, she helped launch ACE Think Tank Action Team meetings that brought together local and state agencies with members of the community. 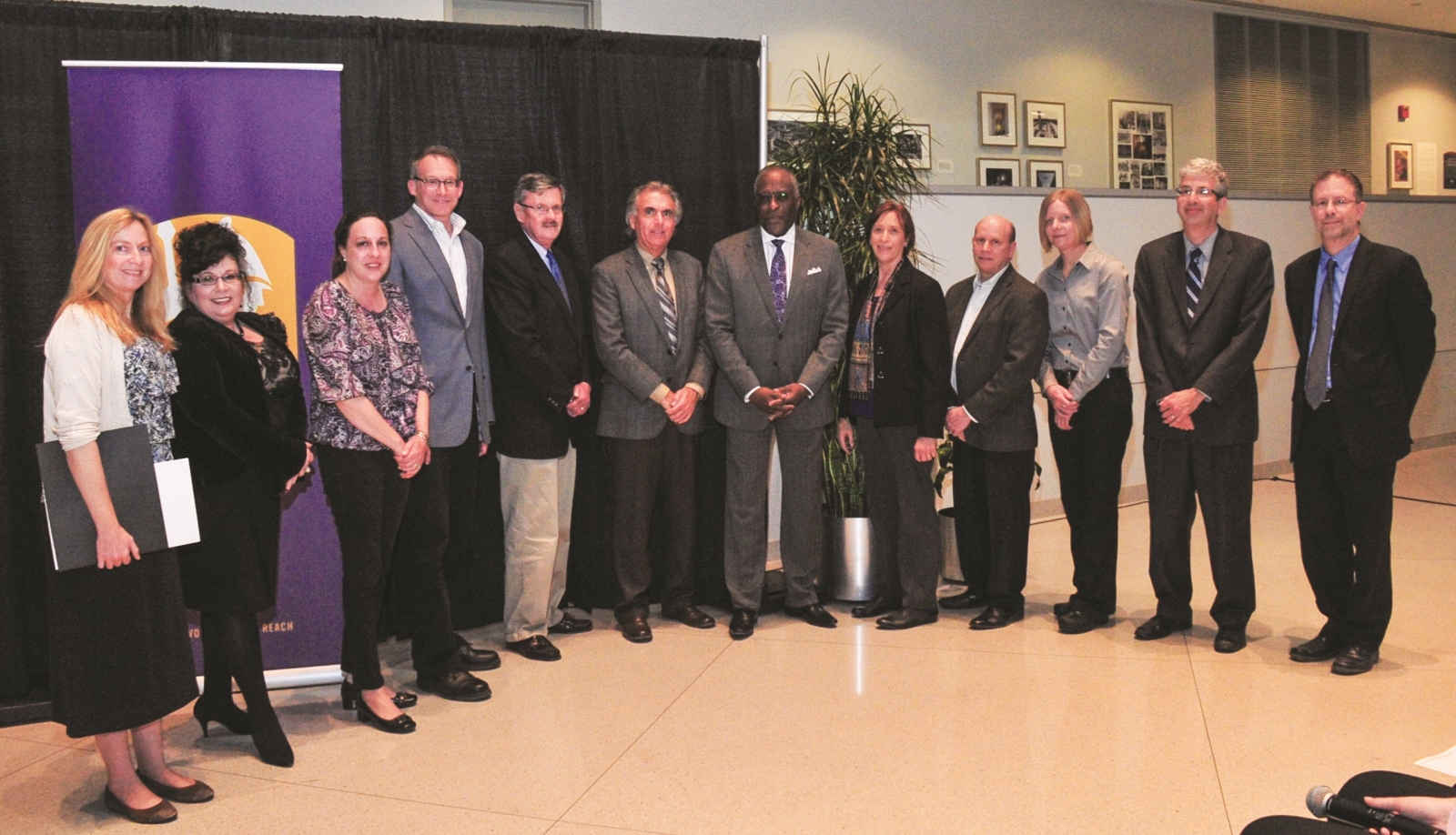 UAlbany leaders created a prototype ACE Response website to share the growing science of ACEs and resilience. Prevent Child Abuse America contributed seed funding, which led to local grant funds and the launch, in 2011, of the HEARTS (“Healthy Environments and Relationships that Support”) Initiative for ACE Response. The local Charles R. Wood funds supported the collaborative work of the HEARTS Initiative, including development of the current website and brochure.

The science of ACEs brought seemingly disparate groups together, said Larkin. “It created a shared language across systems. Before, there were categories; now, [the agencies] were saying, ‘We all serve people who are in high-ACE-score groups.’”

That establishment of common ground will be one asset HEARTS brings to the MARC project, Larkin said. “We show how the ACE language can be powerful in developing a strong collaborative across seemingly distinct social service delivery systems.”

The university is the backbone of that collaborative, fostering ongoing efforts to translate research into policy and practice, then completing that loop as agencies report back to the university about their obstacles and successes.

One agency that eagerly absorbed the science of ACEs was the LaSalle School, a residential treatment center and school for adolescent boys. Executive Director Bill Wolff had always been curious about the 160-year-old school’s tagline, “an agent of healing.” But when he learned about the science of brain plasticity and resilience, those words made more sense.

“Kids come to us in all sorts of chaotic situations, in crisis and disarray. The ACE material has been so profound in linking that science to something we always felt was more like an art form.”

The Albany area—which has high rates of poverty, unemployment, food scarcity and homelessness, along with a high density of child- and family-serving agencies within a 10-mile radius—was a natural place to build affinities.

Wolff said he learned from listening to how other HEARTS leaders were using trauma-sensitive practices in serving homeless adults or people on probation. “HEARTS connected me to emerging practices and colleagues not exactly in the same business as me.”

He used that knowledge to help transform the culture at LaSalle School. “We swapped out one set of tools—a compliance and control perspective—for a more compassionate, humane and understanding perspective.” Staff and youth learned new language; kids now talk about their “brains being hijacked” or note that an agitated classmate is in “fight-or-flight” mode.

Larkin said HEARTS would like to do more outreach in schools and with health care providers. She hopes the initiative can learn from other MARC communities that have made inroads with those groups.

“I have a particular interest in engaging more homeless service agencies,” she said. “They’re helping people who have somehow fallen through the cracks. They’re a likely hub of integrated service delivery.”

She also looks forward to sharing what HEARTS has learned along the way—for instance, the importance of having buy-in from agencies’ executive directors, rather than only interested program managers who may lack the clout to foster enduring change.

The next step for HEARTS is to further the question that launched Larkin’s dissertation years ago. “Our overriding mission,” according to the Initiative’s MARC proposal, “is to move from an agency-based collaborative to…build a social and systems change movement advancing ACE resilience.”

“We’re different professionals who all have important skills for addressing the issue,” Larkin said. “There’s room for the whole community to be involved in ACE response.”

This article is part of a community update series following the ATR networks participating in the MARC 1.0 Initiative. Read the other updates from Albany/Capital Region, NY:

In this Article:
11/9/2015
Who
Education
How
Coalition Building
Where
Region
Communities
New York – Albany/Capital Region
Back to Tools