Healing10: Catalyzing a Movement in Camden

In 2017, two youth-focused Camden organizations were angling for the same pot of grant money—funding for a youth-led initiative to learn about community health concerns and develop projects to address them.

But instead of scrabbling for the grant as rivals, Hopeworks and UrbanPromise became one another’s cheerleaders. In phone conferences with funders, representatives of both organizations noted their history of collaboration and stressed the importance of taking a trauma-informed approach to the project.

In the end, UrbanPromise received the funding, but hired members of Hopeworks’ Youth Healing Team to conduct training in ACEs, trauma and resilience for those who would carry out the grant.

“That kind of communication never would have happened before the Healing10,” says Kate Daugherty, community impact director at Hopeworks, which uses technology, education and entrepreneurship to help young people break the cycle of poverty.

She’s referring to a network of Camden entities—including public and charter schools, health care providers, social service organizations and research institutions—that launched in 2014 and holds an expansive vision: “a Camden community transformed by its capacity to understand, heal from and prevent trauma.”

Before the Healing10, Daugherty says, “Camden was really siloed. [Hopeworks and UrbanPromise] realized that no matter who got the grant, there was a way they could still work together to ensure that the best product was delivered to the Camden community.”

The Healing10, a name that referred to the original goal of having ten organizations in the network, now nods to ten principles that guide the collaborative’s work. They include an emphasis on inclusion, partnership and self-care, transparent decision-making and the recognition of systemic violence and concentrated urban poverty. 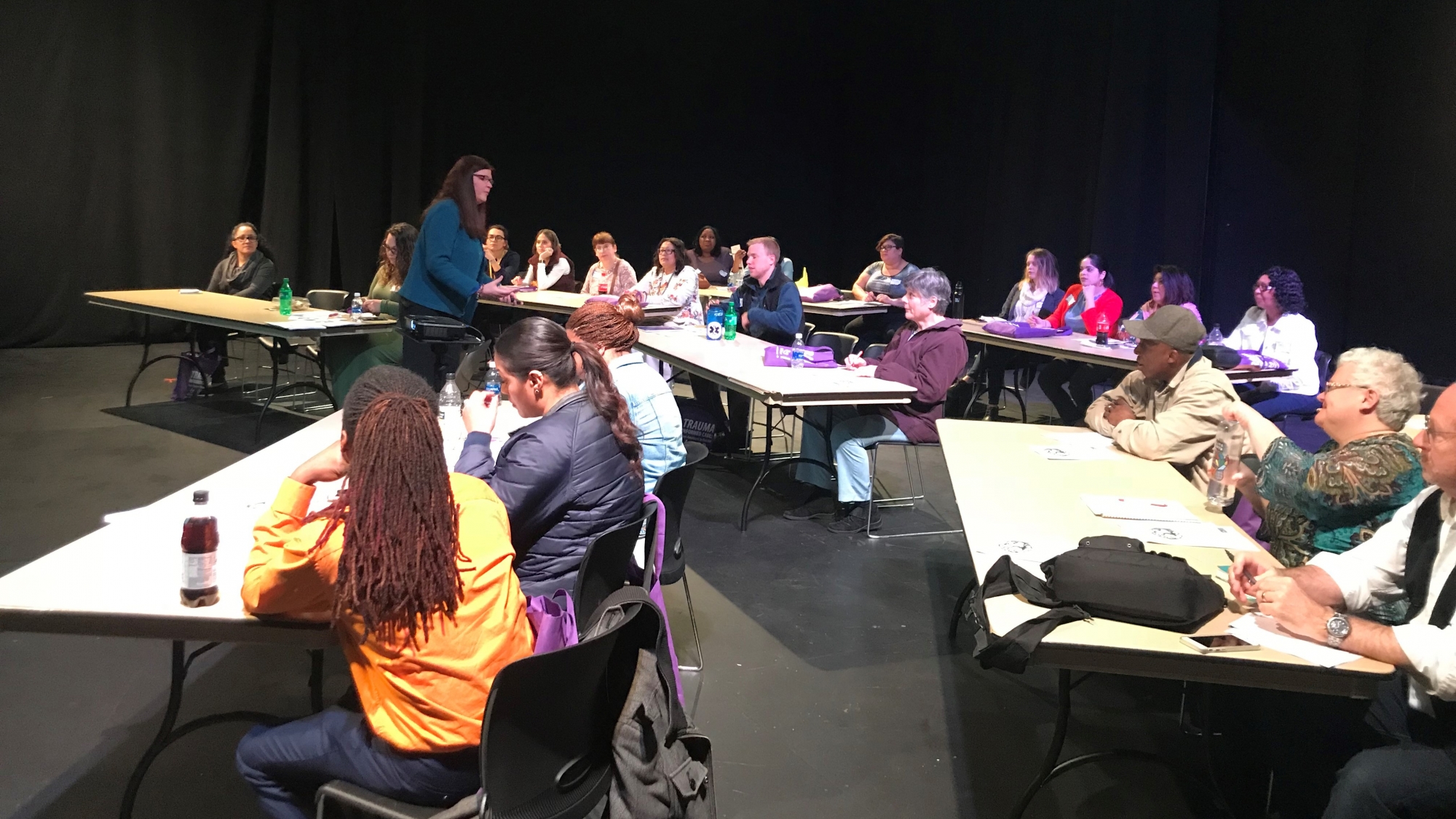 Agencies that wish to be part of the collaborative sign a memorandum of understanding pledging their support for those principles and commitment to the group’s monthly meetings and joint activities; in turn, the Healing10 acts as a hub for trauma-informed knowledge, networking and training.

After a check-in—participants note their names, organizations, current emotional state and who they can ask for help—each meeting includes an update of activities and a time when members can ask one another for resources, assistance or ideas.

“We’ve put a renewed emphasis on creating the network, not trying to re-invent the wheel,” says Daugherty.

For some members of the Healing10, being part of the collaborative has meant nudging the group to consider the entire lifespan when thinking about the impact of trauma.

Dianne Browne directs Camden Healthy Start, which aims to reduce disparities in maternal/child health. But at the first few Healing10 meetings she attended, in 2015, the emphasis was on teenagers. “I said, ‘Maybe this work needs to start when parents are first learning to be parents, so they can identify issues in their own lives that they may not want to repeat.’”

For Whitney Buchmann, senior program manager at the Camden Coalition of Healthcare Providers, participating in the Healing10 prompted her organization to consider another aspect of the histories of their adult patients: the corrosive effect of contact with the youth criminal justice system. 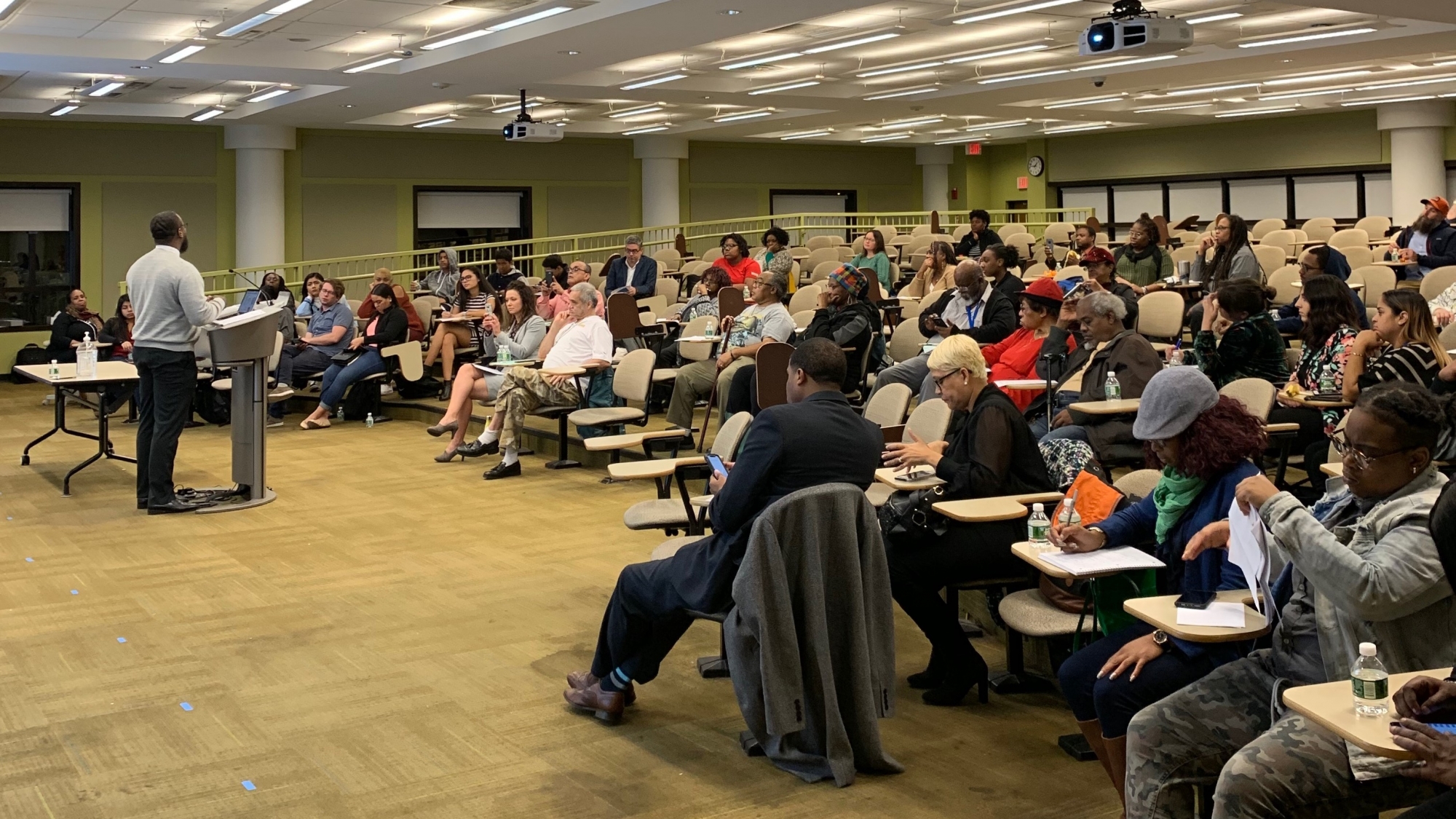 Last fall, the Camden Coalition of Healthcare Providers partnered with Healing10 and the New Jersey Institute for Social Justice on a “Take Back Our Health” conference focused on youth incarceration and mental health; conference speakers urged public decision-makers to redirect funds from incarceration to community-based programs that would better serve the mental health of young people.

And earlier in 2018, Camden Healthy Start’s parent organization worked with the Healing10 on a summit that taught mental health first aid, empathetic listening and trauma-informed supervision to home health workers and managers.

Key to the Healing10’s success, members say, is Daugherty, who was hired in 2016 to convene the network and coordinate its activities. A strong youth presence keeps the collaborative vibrant and relevant, Daugherty says. “The other thing that sets us apart, and is also a lesson learned, is acknowledging the role played by racism and intergenerational poverty. How do we go forward and address these things?”