Growing from a Grass Roots Start

Robbin Sotelo Redd, Executive Director of the Tarpon Springs Housing Authority and the Local Community Housing Corporation and Vice-Chair of the Peace4Tarpon Board of Directors, likes to tell the story of the preemie hats. A retired woman in the community saw a poster in the library for Peace4Tarpon and began attending the group’s meetings. She realized that she had suffered trauma, beginning with her premature birth, and she wanted to heal that wound. So she knitted 64 preemie hats, one for each year of her life, and delivered them to the local hospital’s NICU.

“What’s unique about Peace4Tarpon is that people just step up and take ownership,” Redd said. “It’s an organic, grass roots group of people that is ever-growing.”

That group flourished from an unlikely seed—an artist-turned-public-official, former Vice Mayor Robin Saenger, who began exploring the impact of violence in people’s lives and ended up perusing the ACE Study.

“The light bulb went off,” she recalled. “We weren’t talking about trauma; we were just addressing symptoms.”

In Tarpon Springs, a city of 23,500 in west central Florida, there were countless symptoms to address. In 2013, almost a fifth of its families with children had incomes under the federal poverty level. Tarpon Springs is one of five at-risk zones in the county experiencing insufficient public transportation, limited access to food and health care, high unemployment and inadequate housing.

Peace4Tarpon formed almost six years ago with a broad vision—“to be a trauma-informed community where the needs of all are met”—and a commitment to a democratic, inclusive process. Today, about one-third of the network’s 90 plus partners are community members; others come from government agencies, faith-based groups, mental health and human service providers, the school system and the business sector. The network meets monthly at City Hall; each partner has an equal voice.

Peace4Tarpon members sign a memorandum of understanding (MOU): a pledge to attend monthly meetings; serve on at least one work group or committee; complete ACE and resilience questionnaires; sign on to ACEs Connection; and practice trauma-sensitivity among friends, family and co-workers. “Our slogan is ‘Offer the Peace/Piece You Can,’” Saenger said. “We ask people to commit to this work at a very personal level.”

Redd observes a wide range of reactions among individuals when they have their "aha" moment about the impacts of trauma.

She and Saenger have seen relationships develop among Peace4Tarpon members, including providers who were previously isolated from each other. “There is so much exchange of resources,” Redd explained. “A little task force comes together, representing a variety of agencies and/or concerned perspectives to do an event.” One may handle the food while another creates fliers and a third may apply for a mini-grant to pay the trainer. “And the event is far richer because everyone gives a little piece.”

Those relationships, so essential and labor-intensive, are also occasional sources of frustration when key people leave their jobs. “Service providers may change from month to month,” Saenger said. “In five schools in Tarpon, we have four new principals. Will they buy into [trauma-informed care]? Will they care about this?”

Both Redd and Saenger recognize that Peace4Tarpon is at a crossroads, poised to grow with the help of the MARC grant, but also reluctant to lose its organic approach to change.

After operating for nearly six years with a budget of less than $5,000 and no paid staff, Peace4Tarpon is becoming a non-profit organization, which demands a more rigorous approach to structure and planning. “With this funding opportunity, our roles are going to be shifting,” Saenger said. “There are big question marks: How to keep that free spirit, that community-organizing base, and work within a system and maintain who we are?”

In the meantime, she said, she believes Tarpon Springs has become a more compassionate, engaged and reflective community—one that has also earned national recognition. Peace4Tarpon serves as a model for other cities, including Gainesville, FL, and Crawford County, PA (e.g.. Peace4Gainesville and Peace4Crawford).

Redd points to some tangible markers, including a formerly vacant Housing Authority building that now holds offices for mental health clinicians next door to an after-school program for kids. In two years, the mental health provider has doubled its clinical staff. Parents may come for an appointment with a family therapist, then spot kids doing robotics next door, and ask about the after-school program. They sign up their children on the spot.

Redd thinks about one young man who grew up in public housing, a boy who had witnessed violence and lost siblings in traumatic ways. He began to work for the Housing Authority when he was 18. “He’s never worked anywhere else,” she said. “He wants to mentor kids. You’d think he’d want to run as far as he could from Tarpon Springs. But he said, ‘No, this is my family.’ He wants to settle here.” 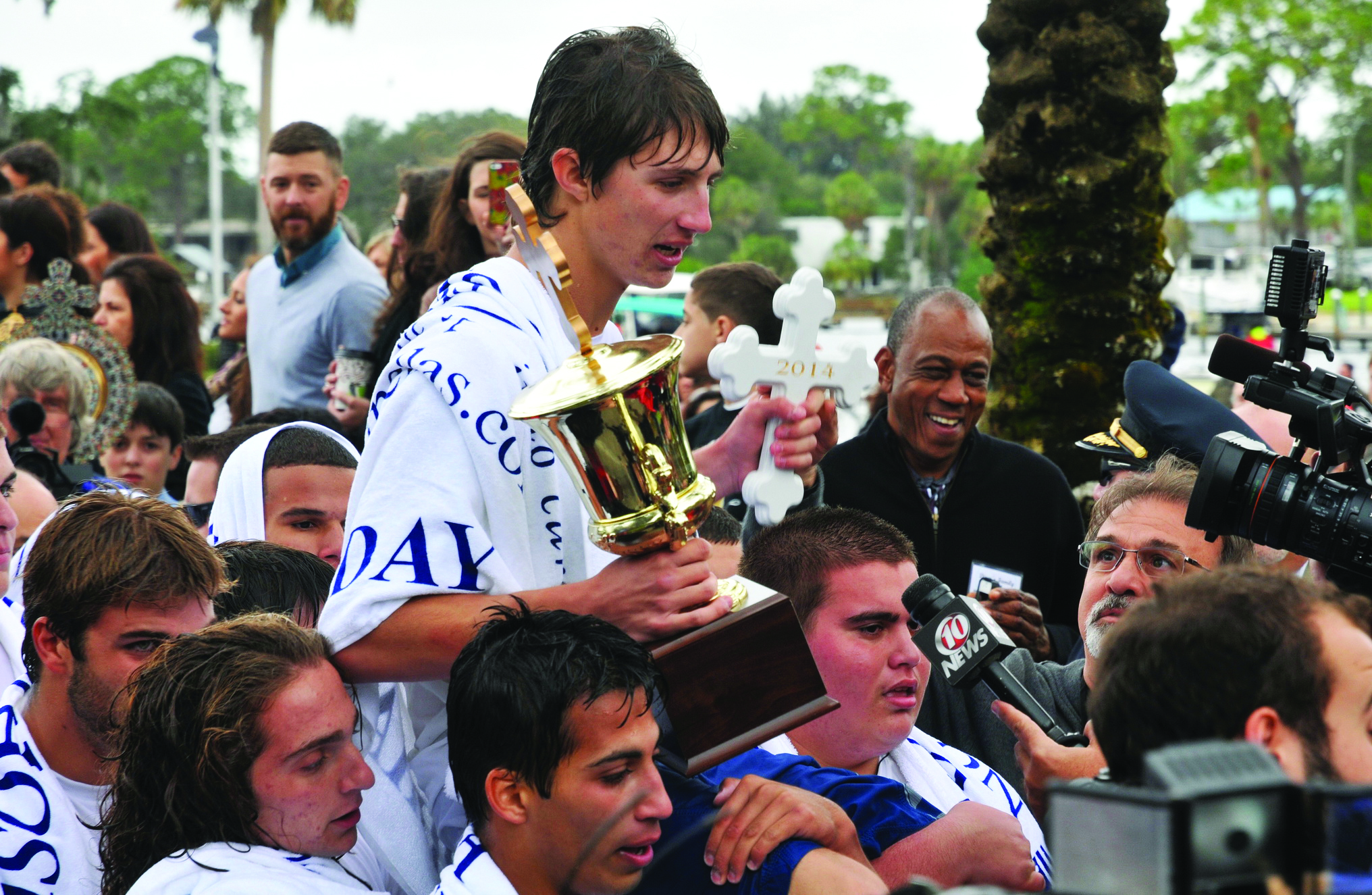