At Wednesday afternoon meetings of the Creating Trauma Sensitive Arizona Schools work group, a committee of the Arizona ACE Consortium, the leader of a high-need, inner-city K-5 school frequently wept as she talked about the trauma her students carried into the classroom and the ways it percolated throughout her campus: in lagging test scores, behavior problems, even teacher retention.

The other committee members became her cheering squad, recalls Marcia Stanton, senior program specialist in the Center for Family Health and Safety at Phoenix Children’s Hospital and leader of the ACE Consortium from its 2007 inception until this year. The classroom teachers, superintendents and behavioral health specialists at the table asked questions of the principal: Who is your community? What would inspire people to become involved? How can we help?

“We had professionals that worked with all of her staff, doing multiple in-services for staff, for parents. It was a beautiful example of support and collaboration,” Stanton says. The principal not only implemented some of the strategies she learned—“We persevere; we empower; we believe,” reads the marquee outside the school—but stepped up to co-chair that work group.

Cross-fertilization and cooperation have been bywords of the Arizona ACE Consortium since it began as a loosely-organized coalition that, over the years, has come to include state agencies, the governor’s office, representatives of the court system, juvenile justice and health care providers, as well as educators. The mailing list numbers 300; about 50-60 people attend the quarterly meetings.

With virtually no budget and Stanton as the only part-time paid staff (a full-time project director just began this spring), consortium members had to rely on each other’s generosity, resourcefulness and expertise. 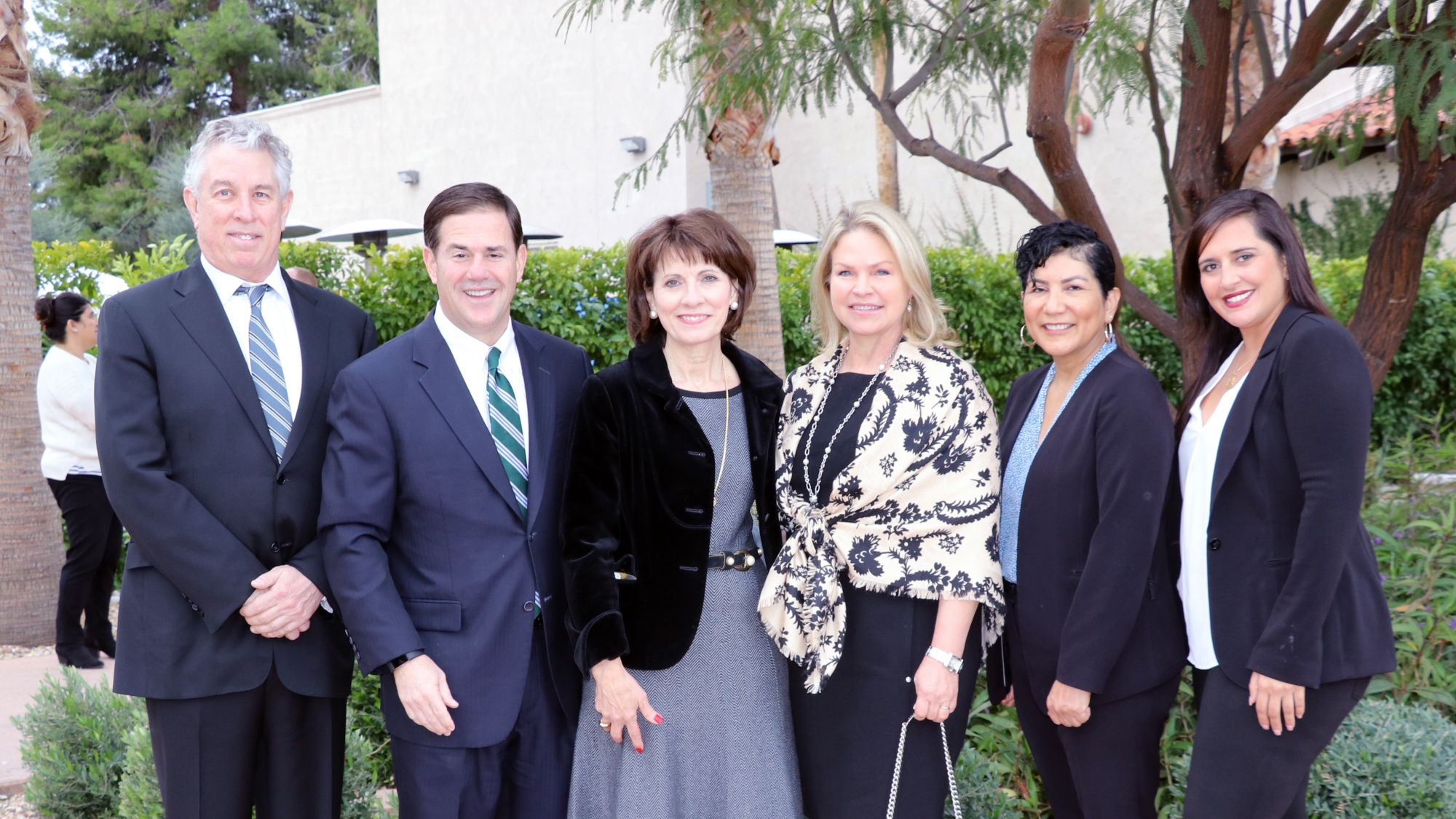 The group trained more than 500 “ACE Ambassadors” in eight workshops and designed a tool kit those ambassadors can use to train others in their communities. At last December’s 5th Annual Arizona ACEs Summit, held in partnership with the Governor’s Office of Youth, Faith and Family, Gov. Doug Ducey and First Lady Angela Ducey joined national, regional and local leaders to promote trauma-informed care in all child-serving sectors.

Over the years, says Stanton, “the biggest challenge was funding. But in many ways, [the lack of funds] was a beneficial thing. We weren’t fighting over money. There was a spirit of collaboration because when we wanted to do a day-long train-the-trainer workshop, we’d ask: Does someone have a grant to cover food? Does anyone have a free venue? Everyone was so eager to help.”

One measure of the ACE Consortium’s impact is its ability to “trickle up” awareness and action—from the direct service providers who attended early meetings and carried information back to their work places, then to their supervisors, the directors of agencies and state human services departments, and finally to funders, legislators and the state’s chief executive.

Recently, the state began requiring pediatricians who receive Medicaid reimbursements to be trained in childhood trauma; the consortium was able to supply behavioral health specialists and already-trained pediatricians to provide that education.

ACEs provided the language and the links, says Brad Snyder, acting chair of the consortium’s executive committee and a consortium member since 2012. “All of us on the political spectrum, regardless of what we believe about individual culpability, can agree that things that happen to children at the earliest ages aren’t their fault.”

Angie Geren, executive director of Addiction Haven, joined the ACE Consortium three years ago, drawn by the prospect of bringing trauma-informed care to her agency and to other substance abuse treatment providers. In April, she became the consortium’s project director as well.

“I think community is integral to anything we do—finding like-minded individuals who look through a different lens. We’re able to get so many more ideas from other people of how to move this work forward.”

The grant that created Geren’s position is a prime example. A federal grant, administered through the Governor’s Office of Youth, Faith and Family, calls for training 20 community-based substance abuse prevention coalitions around the state in the principles of ACEs and trauma-informed care.

That meant developing seven training modules and pairing each community coalition with a coach to help implement that training—a perfect opportunity to tap the varied expertise of consortium members in guiding the coalitions’ approach to schools, to faith-based groups, to first responders, physicians and others. “We got together and used the work groups’ deep knowledge,” Synder explains. The trainings began in August; coaches will work with the coalitions through spring 2020.

As the ACE Consortium grows beyond its no-budget beginnings (the substance-abuse training grant was $650,000), it is grappling with new challenges: creating bylaws, holding its first board elections, developing a membership structure—and, at the same time, trying to preserve a spirit of openness, welcome and collaboration.

“I think the big hurdle is between education and action,” says Snyder. “That’s where we are right now. A lot of people are saying, ‘Okay we get it [about ACEs and trauma]; now what do we do, now that we know?’”

In this Article:
8/16/2019
How
Coalition Building
Education & Training
Where
State
Communities
Arizona
Back to Tools