The deaths of several New Mexico children in recent years—a 13-year-old whose father was accused of fatally torturing him; an eight-year-old who was kicked to death by her mother; a girl raped, strangled and stabbed by her mother’s boyfriend the night before her 10th birthday—drew horror, outrage and scrutiny of the state’s child welfare system.

Those incidents drove child welfare and public health specialists Katherine Ortega Courtney and Dominic Cappello to examine the data. Cappello and Ortega Courtney, who both worked for the state’s Child Protective Services Research, Assessment and Data Bureau, dug into numbers to understand the roots of child maltreatment.

“[Courtney] and I are data people,” says Cappello. “We thought: ‘What happened here?’ We looked at 20 years of research on adverse childhood experiences (ACEs). We thought, ‘What’s being done in prevention that is measurable and meaningful?’”

The two wrote a book, Anna, Age Eight: The Data-Driven Prevention of Childhood Trauma and Maltreatment. State senator Bill Soules read it, shared it with colleagues and in 2019 persuaded the New Mexico legislature to fund the Anna, Age Eight Institute as part of the state’s higher education system.

Now the Institute is the backbone of Cappello and Courtney’s 100% Community Initiative, a collaborative, cross-sector, data-driven project to help all New Mexico children and families not only survive, but thrive.

The 100% Community Initiative, now at work in seven of the state’s 33 counties, brings together elected city and county officials, non-profit leaders, educators and private-sector stakeholders to examine residents’ access to health care, housing, food, transportation and other essential services, develop a plan to address their needs, take action by addressing gaps in services, and evaluate the results. 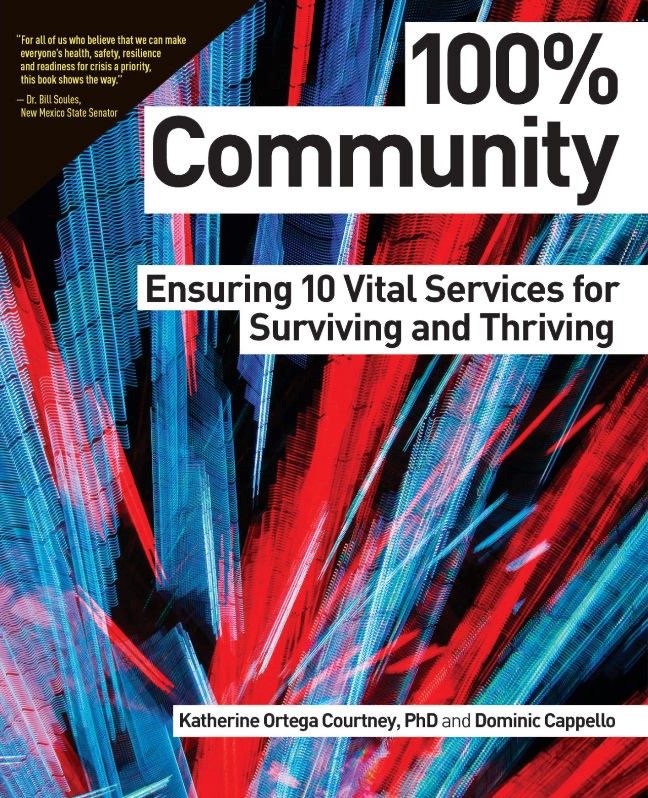 Cappello and Courtney laid out the blueprint for that work in a second book, 100% Community: Ensuring 10 Vital Services for Surviving and Thriving. The “surviving services” include housing, medical care, food security, transportation and behavioral health care. The “thriving services” are parent support, early childhood learning programs, community schools, youth mentorship and job training. Each of those services (and gaps) are addressed by an action team—its own mini-coalition—within the 100% Community Initiative.

“The idea,” says Cappello, is that “if you don’t have your basic survival needs met, you will be in trouble and your kids will be trouble.” That’s why each county’s work with the 100% Community Initiative begins with a survey. In Doña Ana County, for instance, where more than 1200 surveys were returned in late summer and fall 2019, one of every five respondents said they needed access to public transportation, and nearly half of those seeking mental or behavioral health care reported long wait lists, lack of quality providers or insurance snafus.

Respondents’ comments helped reveal the extent of their needs:

“Registration and appointment times need to be extended into the afternoon.”

“This county needs more services for people who have disabilities—including sidewalks that are not being used as parking lots.”

“Home health [for seniors] is not affordable.”

Other respondents noted a lack of transportation to services, lack of awareness of services and inability to qualify for services. The numbers and qualitative responses then drive the plan in each county, Cappello says. If transportation is a barrier, “We ask, ‘Have any other cities solved that problem? Do we have to get subsidized Uber? Do we get the city to invest in a new type of van service?’”

It’s critical, Cappello says, for leaders across all ten surviving and thriving services to be part of the conversation. “Usually, people doing behavioral health care do not talk to the people doing transportation,” he says. “We’ve pulled them together. This demonstrates the cross-sector process.”

The Anna Age Eight Institute has partnered with a variety of partners in each county, including United Way of Northern New Mexico, El Centro Medical Clinics, health councils, school districts and local and county government, along with socially-engaged artists. 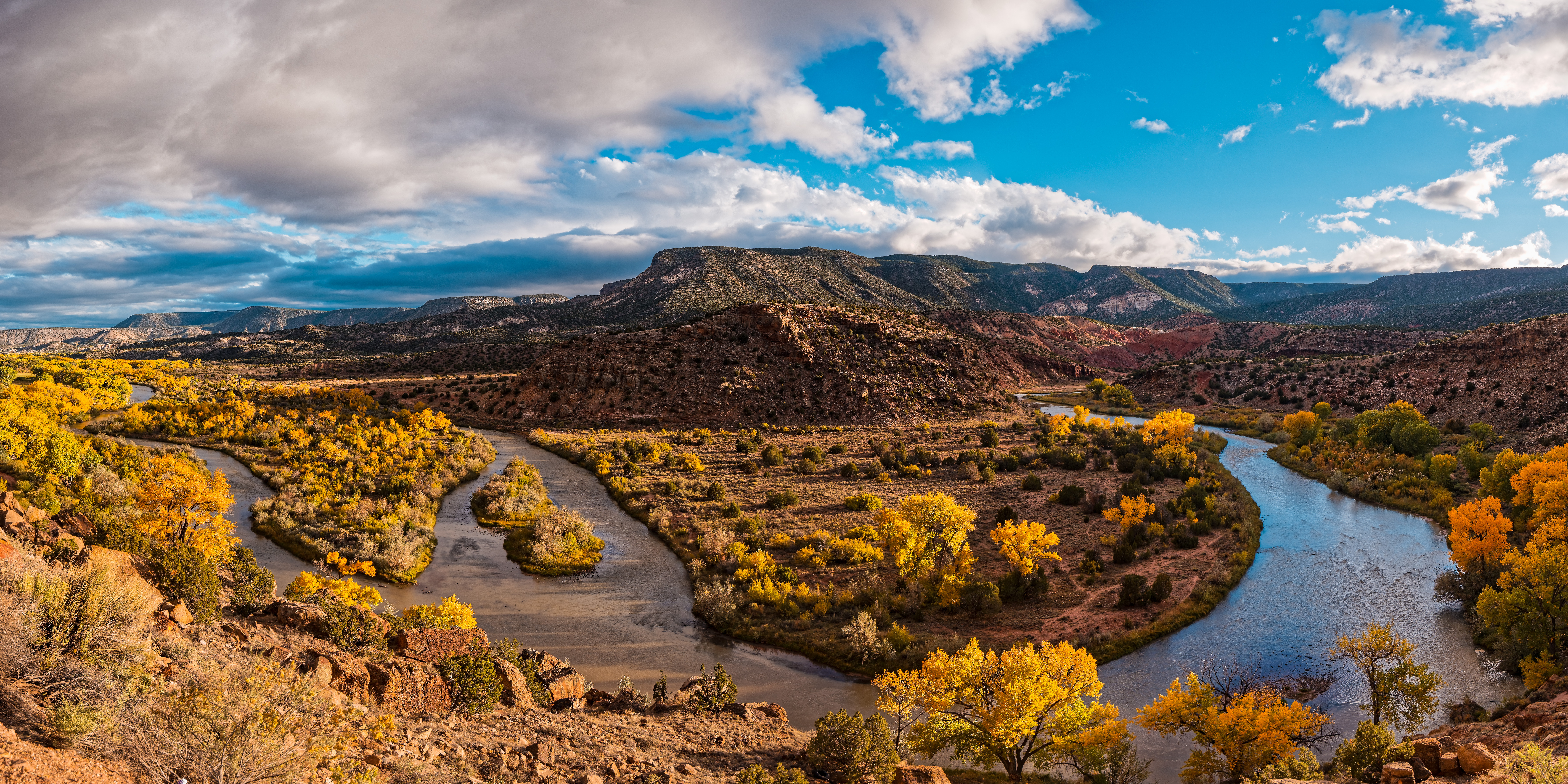 The Initiative launched in 2019 with three counties involved; four others immediately wanted to join. In one instance, it was a health council that sparked the work; in another, a school superintendent approached Cappello and Courtney. In Taos Pueblo, Native leaders launched two book clubs to read and discuss 100% Community.

In San Miguel County, the catalyst and champion was a medical clinic director who contacted Cappello and Courtney, read 100% Community and quickly recruited leaders for the ten action teams. Working through the pandemic with phone calls and weekly video conferencing, the San Miguel 100% Community Initiative has organized events including food and toy giveaways for families.

“This work can be done in every county,” Cappello says, “but it will be different depending on where you live.”

Cappello says the 100% Community Initiative—its title comes from the goal of achieving 100% access to all ten surviving and thriving services—connects the dots between ACEs, race and class inequities and social determinants of health.

A chapter of Anna, Age Eight is called “Why your zip code should not determine your destiny,” which provides an overview of the social determinants of health and touches on historical inequities. In addition, the 100% Community Initiative has a task force on historical trauma and historical resilience. “Race and class are big issues in New Mexico,” he says. “That’s always in the room. We don’t ignore it.”

Courtney and Cappello encourage each community to engage local historians and activists to help the team understand the roots of violence and historical trauma in that area, and to launch “courageous conversations as a way to talk respectfully and honestly about real disparities caused by real people. If I could say anything to people doing ACEs prevention, it would be: Understand socio-economic class.”

Cappello and Courtney have met with New Mexico’s governor and lieutenant governor; they say the buy-in of elected leaders is critical if the goal is system-wide change. “This is ongoing relationship-building,” Cappello says.

While the 100% Community Initiative is a new effort, still gaining traction, Cappello is gratified by growing interest—including one call from a town in Kentucky that invited him to speak (pre-pandemic) to 500 business people to engage the private sector in ACEs prevention. “There’s a thirst to understand what works, what the research tells us. This takes us right to the fundamental question of what America is about. Either we care about each other, or we don’t.” 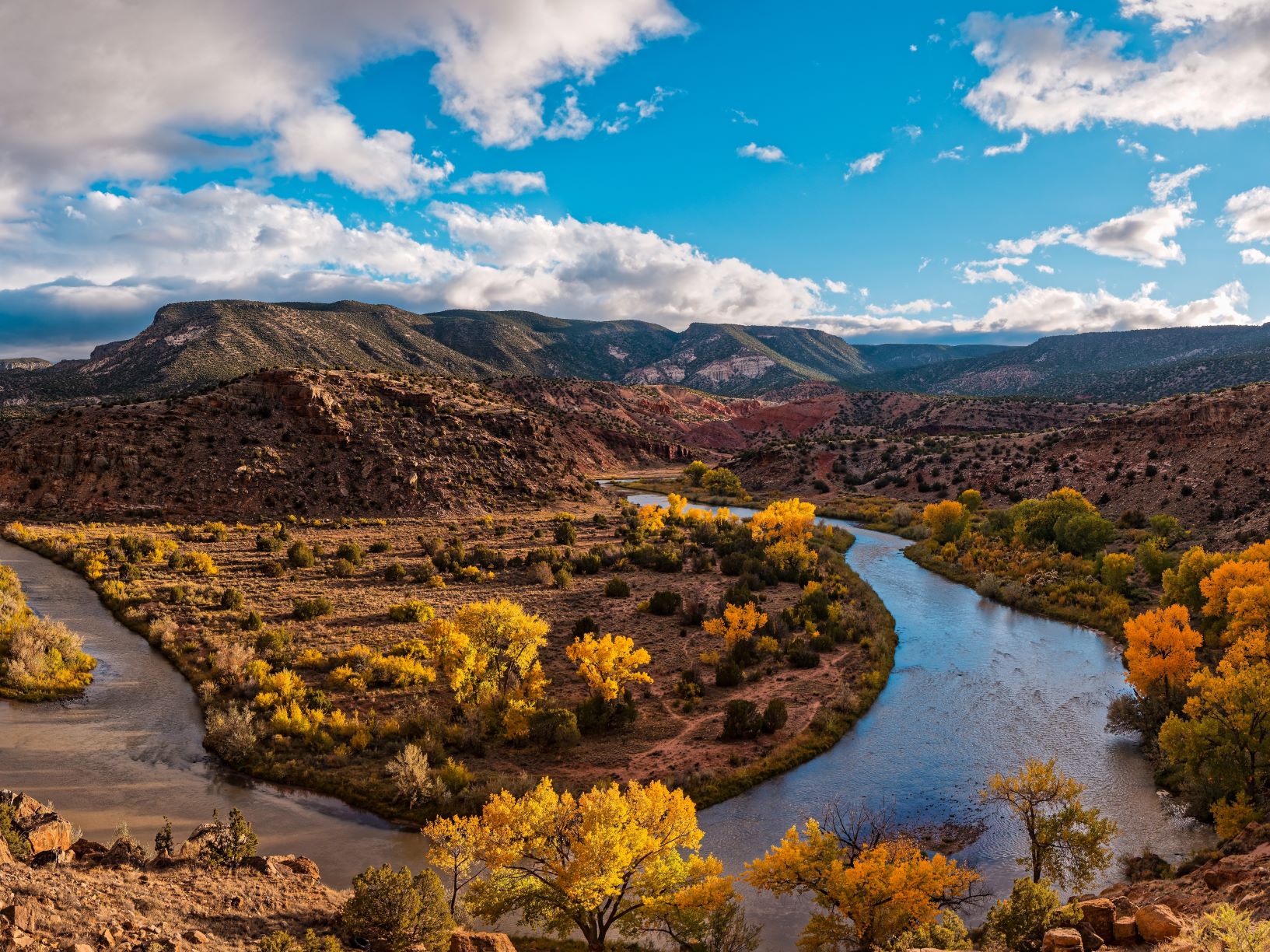