Guadalupe Mendoza used to drop off her kids for pre-school, then make a quick and silent retreat.

“I hid away,” says Mendoza, mother of five children aged 18 to 5; all but the oldest attended the Head Start/ECEAP (Early Childhood Education Assistance Program) at Walla Walla’s Blue Ridge Elementary School. “I didn’t allow myself to have a connection with the staff.”

Three years ago, Mendoza began volunteering with the pre-school. Then she attended a moms’ group. Still, she shied away from the Parent Policy Council, a group of Head Start/ECEAP parents and community members who review budgets, help make program decisions and plan events. 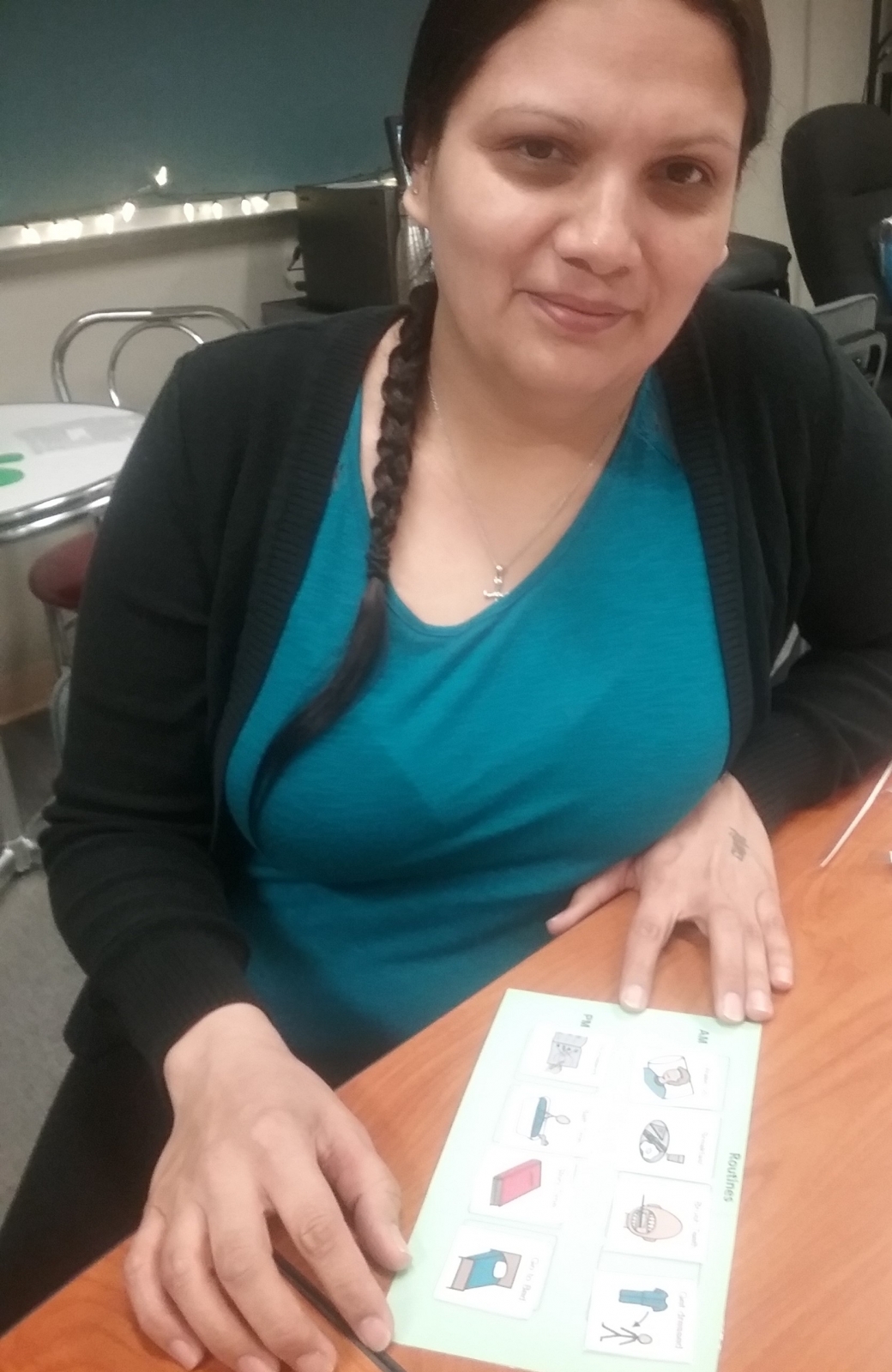 “I thought it was not going to interest me. Executive stuff: it sounds scary and intimidating,” Mendoza says. But other parents and staff encouraged her. “I realized: Oh, my voice counts. I realized how much of an impact [the Parent Policy Council] has. This year, I ran for president.”

She won. And this spring, she played a key role in organizing an evening event that drew more than 50 families, introduced Sesame Street in Communities resources on trauma and resilience and sparked other parents to get involved.

Mendoza, several other parents and Head Start/ECEAP staff met with leaders of Walla Walla’s Community Resilience Initiative (CRI) to learn about ACEs, resilience and the Sesame Street trove of videos, books and downloadable activities on topics ranging from tantrums to grief to coping with an ill or incarcerated parent.

Mendoza, who had learned about ACEs through her church several years earlier, jumped at the chance to share that knowledge with other pre-school families. She and the other parents created a survey (in English and Spanish), distributed at parent/teacher conferences, with gift certificates to a local pizza shop as an incentive for returning the questionnaire.

The results helped the group design stations for the March 22 family night on topics that parents ranked as high-interest, including traumatic experiences, resilience, routines and helping kids handle their emotions.

At each station, parents watched a Sesame Street video on the topic; there were activities for adults and children, with take-home books and pamphlets, all available in both languages.

In the weeks before the event, Mendoza and other parent leaders talked it up at drop-off and pick-up time. That evening, they came 90 minutes early to set up a photo area, a pizza station and tables with information about Head Start and the policy council. The event was so successful that they plan to repeat it three times in the 2018-19 school year.

“The Sesame Street night opened the door for parents to feel comfortable, to say [to me], ‘How did you get involved? How can we get involved?’” Mendoza says. “Now I have a list of parents I text to go to the local moms’ group or have coffee or play dates.” 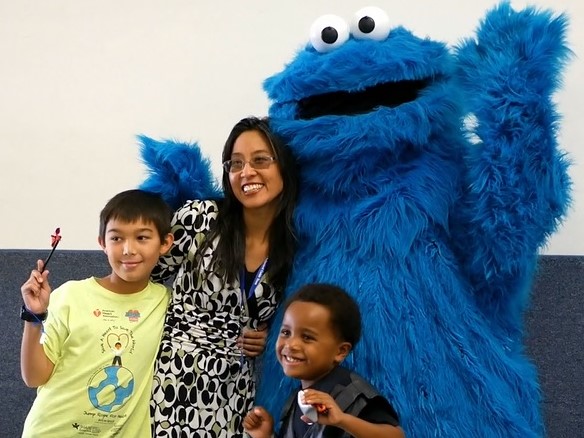 Mendoza was selected this year as a parent ambassador to the Washington State Association of Head Start/ECEAP; she receives leadership training and mentors incoming parents. Her hope is to share what she’s learned about adversity and resilience.

"A lot of parents have the drive to learn more about how they can help their child, how they can help our pre-school. They want to be involved,” Duran says. “A lot of schools don’t want to take the extra time to involve parents. But we say, ‘Hey, would you mind helping us with that?’ Then the parents become great advocates for the program and the school.”

Boosting community engagement was also a goal for the San Diego Trauma-Informed Guide Team (SD-TIGT) when the network planned “Resilient San Diego” at Balboa Park last December. That, too, was an event that featured resources from Sesame Street in Communities, with Cookie Monster photo-ops and some of the network’s 40 members staffing resource tables with art projects for kids and a warm welcome for adults.

“We chose a place where there would be a lot of people walking by who may never have heard of adverse childhood experiences,” says Dana Brown, co-chair of SD-TIGT. “It was not a training, not a workshop—just a fun, relaxed, engaging, family-centered event.”

The network printed fliers for the event in Arabic, Spanish, Tagalog and Vietnamese as well as English. Music, hula hoops and bubbles drew families to the tree-shaded outdoor area while others grabbed lunch and browsed the resource fair inside Recital Hall. Nearly 150 people attended.

"The hope, for me, is that people are curious,” Brown says. “That something sparks within somebody, a flicker of hope. We need civic engagement, well-informed individuals who understand that…they can help themselves heal, who can advocate for cultures of care.”

As for Mendoza, becoming a parent leader in Walla Walla has changed her perspective—not only about ACEs and resilience and Head Start budgets, but about her own capacities and her future.

“To be a leader is to be a voice, not just for myself and my child, but for other parents. Being a leader has pushed me out of my own comfort zone and shown me what I’m capable of doing.” Mendoza wants to go back to school and focus on early childhood education, bringing what she knows about resilience to her studies.

Learning about trauma and resilience “is so beneficial to parents, helping us understand,” she says. “I say ‘us,’ because I’m still learning.”

Check out Sesame Street in Communities, a bilingual multimedia initiative that harnesses the power of Sesame Street to help grown-ups – parents & providers – more deeply engage with kids. Explore resources on a variety of topics, including traumatic experiences and resilience.