When MARC leaders in Montana were training staff from local McDonald’s franchises, one senior manager scoffed at the notion of linking people’s unwelcome behavior to their early childhood experiences. “I think this is just going to give people excuses,” she muttered to the franchise owner after the trainers had left.

But the next day, that same manager defanged an encounter with an irate customer. “I wonder what happened to her,” she found herself thinking.

“She was able to deflect the anger, show compassion to this person and defuse the situation,” says Todd Garrison, executive director of ChildWise Institute, who conducted the training and heard the story later. “We say, ‘It’s not the behavior; it’s the brain.’ These things are sticking, and they’re changing people’s thinking.”

The Elevate Montana movement, launched in fall 2013, aimed to spread ACE awareness across a sprawling, thinly populated state. “We decided to create something we hoped everybody in the state would identify with and hold as their own, in the hope that it would become a social movement,” Garrison says.

That movement would need people as its conduits. So MARC leaders in Montana decided to train 18 people, selected from a group of 64 applicants, to become ACE “master trainers,” using the ACE Interface curriculum developed by Robert Anda and Laura Porter.

Leaders of Sonoma County ACEs Connection (SCAC) also wanted to grow a social movement, expanding awareness of ACEs beyond the “lunch bunch” of practitioners who met periodically to talk about adversity, resilience and the real-world application of those concepts.

“A lot of people in the community were interested in learning about ACEs, but we didn’t have folks who were trained [to give presentations] and ready to go,” explains Holly White-Wolfe, an analyst for the Sonoma County Human Services Department. With MARC funds, SCAC purchased training materials and launched an ACEs & Resiliency Fellowship, expanding a 2-day training into a 9-month program with follow-up sessions and continuing-education credit available. The fellowship cost $500; waivers and scholarships were available. 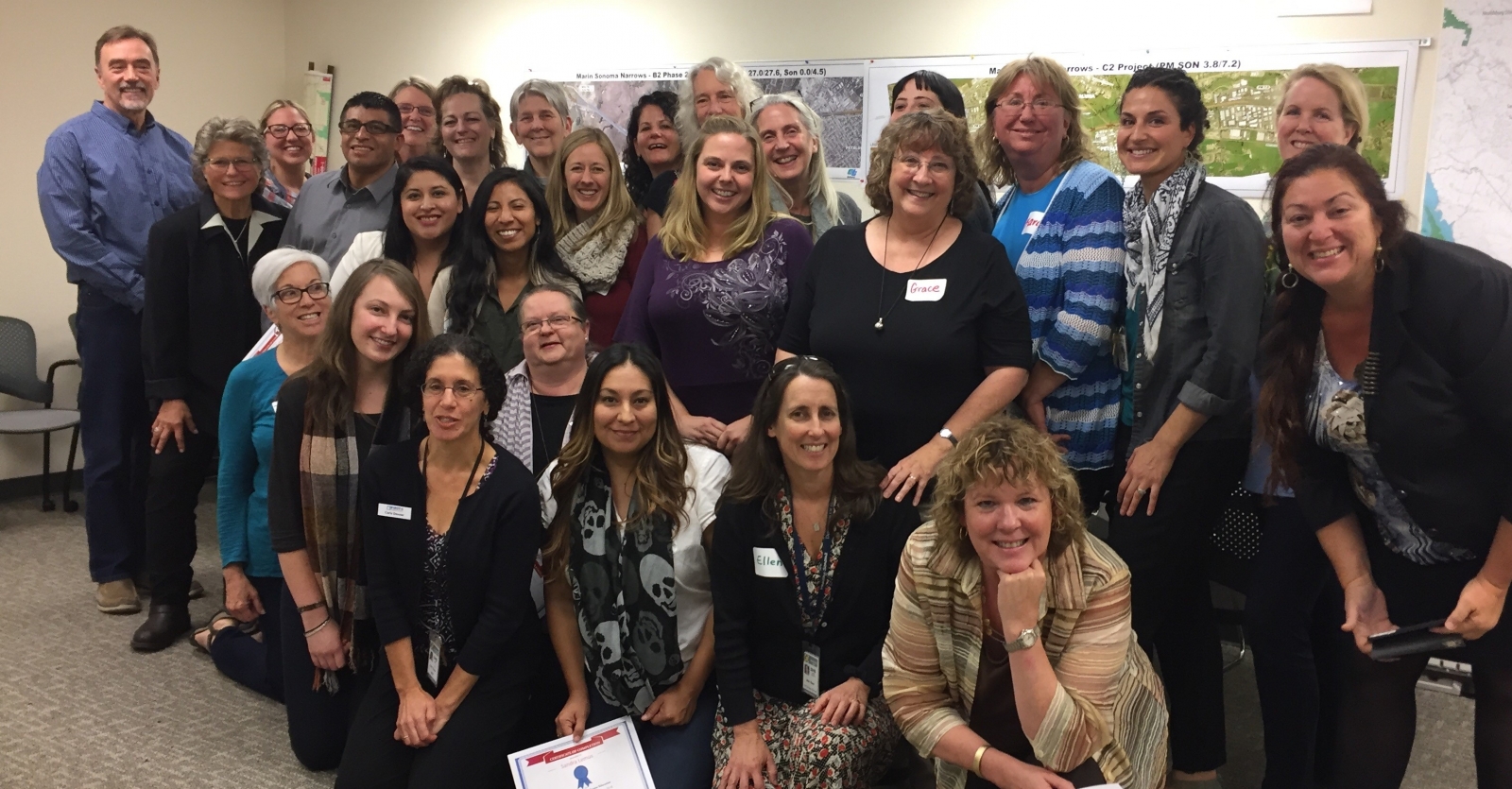 Sixty-two people applied to be part of fellowship’s first cohort; the SCAC accepted 25 (plus three staff members), with the understanding that they would then train a second group of 28.

“We set goals of increasing community awareness of the prevalence of ACEs, public health impact and evidence-based approaches for building resiliency,” says White-Wolfe. Early evaluations point to success: 84% of respondents said they had a “high” or “very high” understanding of ACEs’ impact on the brain and behavior following the training.

Both communities—as well as others using ACE training curricula—have discovered the need to customize materials to fit local demographics and histories. An intern with SCAC developed a companion presentation that focuses on historical and generational trauma; the monthly “community of practice” sessions have focused on topics including “trauma-informed organizations” and “ACEs and immigration.” In Alaska, leaders have put forth recommendations for revising training materials to place greater emphasis on cultural and collective strengths and trauma.

“Something that’s working for both Montana and Sonoma County is building awareness,” says Garrison, who, along with White-Wolfe, co-led a MARC webinar on the topic. The state’s master trainers have reached 9,000 people, Elevate Montana boasts nine local affiliates and the original group of trainers is developing a “next steps” presentation to answer the inevitable audience question: “Now what do I do?”

Sonoma County’s ACE presentations underscore a simple answer: Be more compassionate. “The call to action is, ‘Now that we understand the neuroscience in a different way, how can we be more caring adults?” White-Wolfe says.

“When we first started bringing the ACE study to Montana, we got a lot of nay-sayers,” says Garrison. “It took us a while to convince people that this is a fundamental understanding of human development, not the next shiny thing. Now Elevate Montana has become a powerful tool to bring people together with a common language and common goals.”

White-Wolfe recalls how a presentation in Petaluma led to a screening of Paper Tigers for 400 people and a surge of interest in becoming more trauma-informed. “It just takes one presentation,” she says, “and suddenly you have a deep relationship and hundreds of people in a community wanting to do the work.”