Community Capacity: Building a Movement from Within

Human services organizations and coalitions often talk about “making room at the table” for non-professionals, local residents and people with lived experience of poverty, addiction, mental illness or trauma.

But those organization leaders rarely spend time at the community’s tables—that is, the block parties and cook-outs, playgrounds and parks, neighborhood association meetings, parent-teacher organizations, Little League games and other grass-roots venues that are essential grounds for change.

For people in Buncombe County, NC, the question was: “How do we shift and learn about movement-making within communities rather than at the level of the agency?” Lisa Eby, communication and community engagement division coordinator for Buncombe County Health and Human Services (backbone for the MARC project), said in a MARC webinar focused on community capacity. “If we’re going to tip our communities toward greater resiliency…often the best way is to start from the inside out.”

For starters, that meant putting “community members” at the top of a list of essential partners, rather than as a postscript following the usual litany of health providers, human service organizations, school systems, law enforcement agencies and policy-makers. 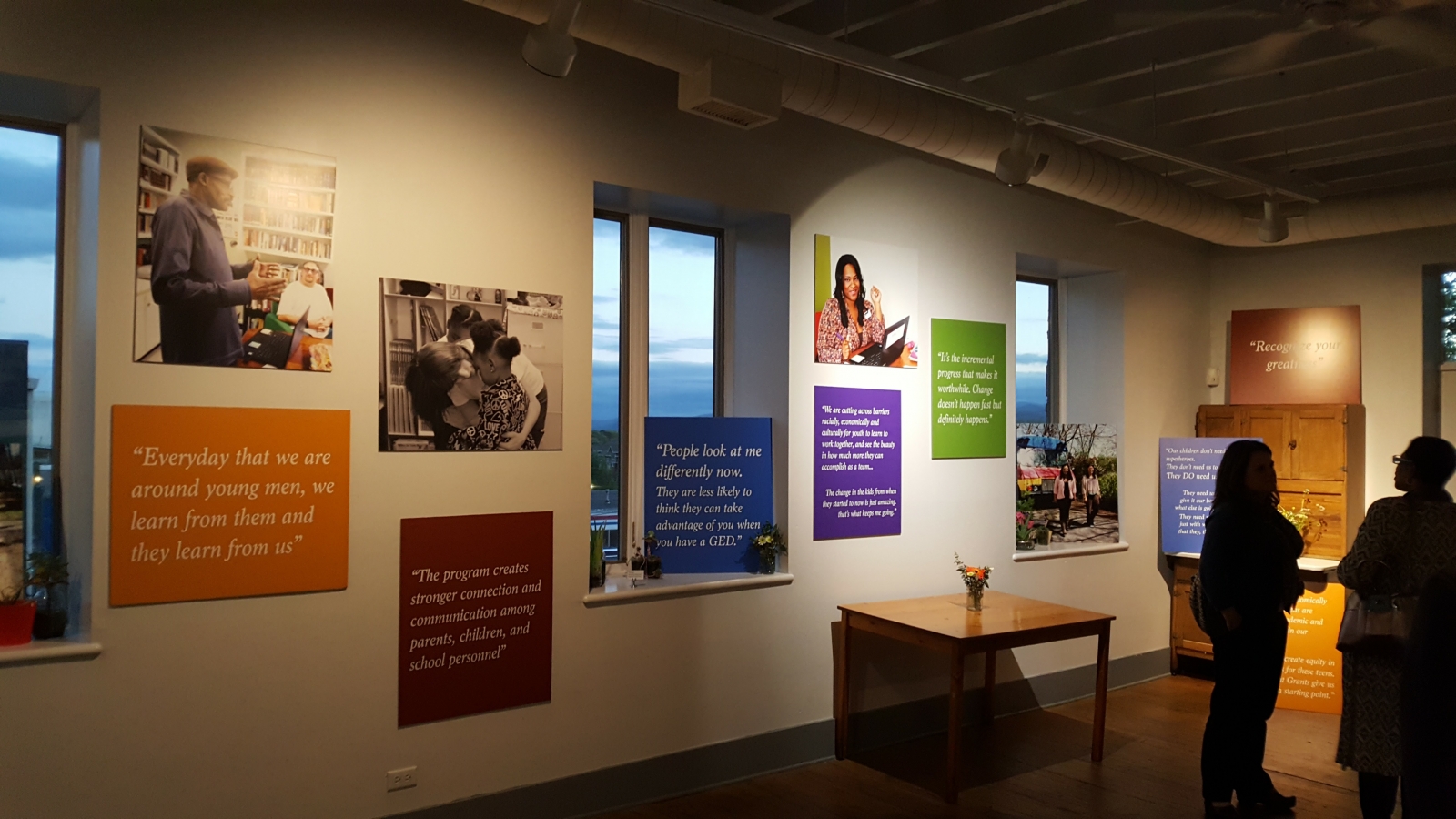 True community engagement demands humility on the part of professionals. “We’re used to coming in with our resources and saying, ‘We’re here to help,’” said Eby. “But we’re trying to capitalize on the self-organizing within communities,” such as a woman in Buncombe County who started scooping up trash one day, felt dismayed by what she found (syringes, tobacco, used condoms) and decided to organize her neighbors to make the neighborhood safer for children.

“It’s human nature to think we know what’s best for other people,” said Robin Saenger, founder of Peace4Tarpon in Tarpon Springs, Florida, and a co-leader of the webinar. “So we’re always checking in with ourselves, [asking community members], ‘How can we help you? What would you like from us?’ That’s connecting in an authentic way.”

Leaders from both Buncombe and Tarpon emphasized the need to remain flexible, open, unassuming and persistent in building long-term relationships. “If the nickel doesn’t drop the first time we talk to [someone], we go back and have more conversations,” said Wendy Sedlacek, MARC program manager in Tarpon Springs.

And MARC leaders in both places said it is essential to listen, to acknowledge power and privilege, and to allow room for failure.

Eby described a two-day workshop, with a well-paid consultant, that “went off the rails. People were crying; it was very difficult. I said, ‘We need to learn. We have to lean into that discomfort.’ Even bad things happening is really good information about the system.”

Buncombe County leaders also learned from missteps during their first round of “tipping point mini-grants,” intended to build on existing community resilience efforts through awards of up to $5000—and to help rectify the fact that, due to racism, classism and other deep inequities, some communities have less access to funding and power.

A newspaper ad about the mini-grants drew no response; it was only when a local group held a grant-writing workshop that applications began to flood in. “We tried to make it an easy and seamless process for applications. Just that little bit of money helped to light up efforts that were happening in communities,” said Eby—for instance, a teen-led filmmaking program and a college exploration trip for high school students and adults.

The idea of the mini-grants was so infectious that the county picked up the idea—and the tab. In early 2017, the Buncombe County Board of Commissioners, approved $500,000 for the Isaac Coleman Community Innovation Investment Grants; later that year, seven projects received portions of that money to address trauma and build resilience within communities. 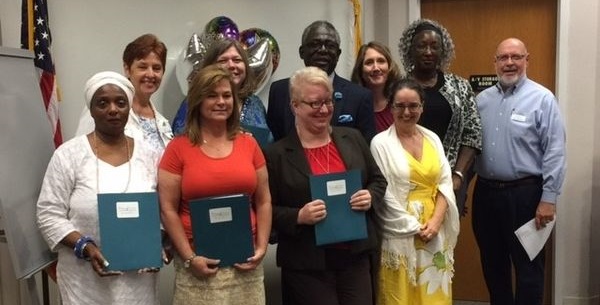 Word spread: when leaders from Peace4Tarpon visited Buncombe County, they decided to borrow the idea; their first round of Resilient Community Mini-Grants (up to $1000) went to projects and groups including community gardens, a family study center, a youth employment program and an elementary school initiative to teach students emotional strengths.

What’s more, those grants shifted public perceptions of Peace4Tarpon, Sedlacek said. “The community didn’t just see Peace4Tarpon as trying to provide training, but as an organization that was supporting the community.”

In both locales, leaders emphasized that the process of authentic engagement with communities matters as much as the outcome. “The learning itself is an outcome,” said Eby. “What we’ve learned is that community-based relationships are at the heart of what we’re doing.” 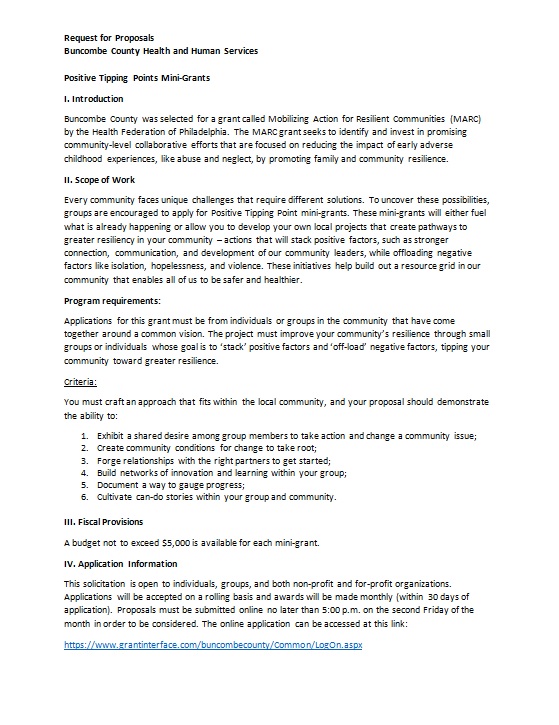 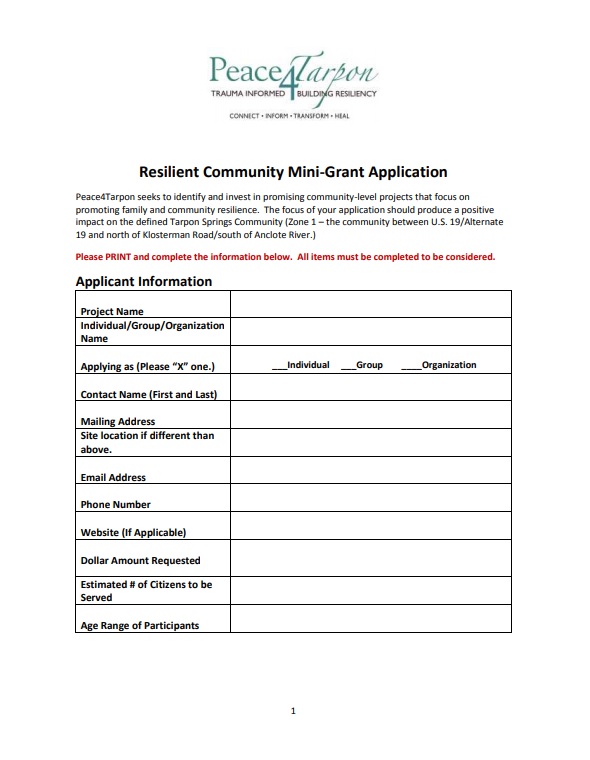 This model highlights the importance of a community’s context, defines six essential practices for success, and outlines a 3P Action approach: Partner, Prepare, and Progress. It also presents some expected impacts. This model can be useful to community coalitions, local leaders looking for a collaborative process to creating healthier places, and to funders seeking a tested approach for local investments.