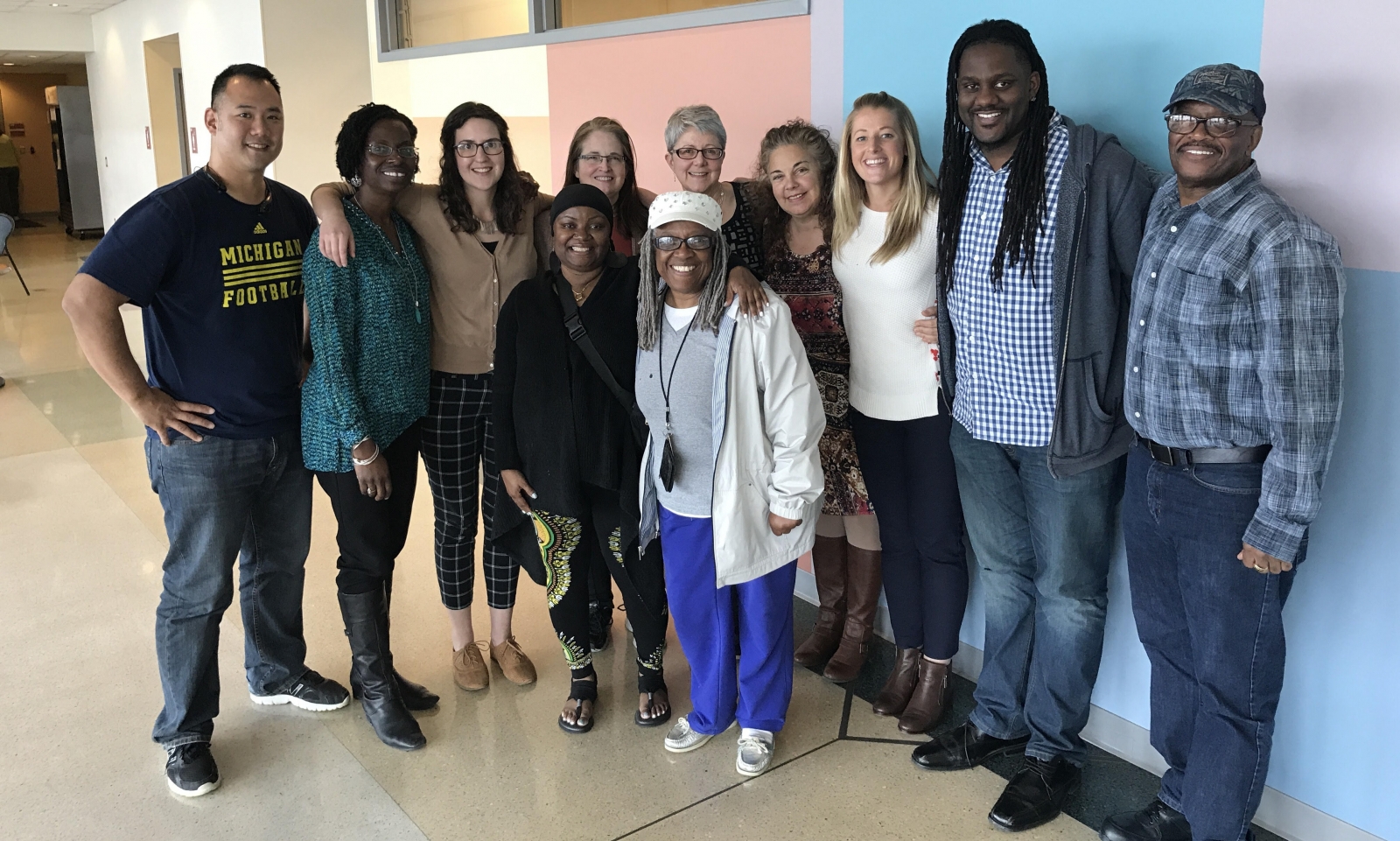 It was at 11th Street, on the health center’s community advisory board, that Ballard met Diane Monroe, a North Philly compatriot. Monroe’s mother had served as secretary of their block, and Monroe recalls community clean-up days, when neighbors would pool efforts to scrub the street and use leftover parking-line paint to make hopscotch and King Ball courts.

It was a family tragedy that clarified her goals, as an adult; Monroe’s 14-year-old daughter died after being hit by a car. “That made me make a commitment: What can I do for children who didn’t have the opportunities she had?”

Work with the Salvation Army led Monroe to form her own non-profit, the Theressa L. Davis Hope Center, named for her daughter, which ran a two-week summer camp and other activities for at-risk kids and older adults.

Then she joined 11th Street’s advisory council and learned about ACEs. “I thought: This is the magic wand.” ACE awareness changed everything, Monroe says: how she thinks about family members, neighbors, even strangers on the street.

“I saw a man today, with no shirt and his pants hanging down, crossing JFK Boulevard. And I said to my husband, ‘Something has happened to that young man.’ [Learning about ACEs] changed…my reaction toward people, my empathy toward people. I’m easy to come to tears with people’s circumstances.” 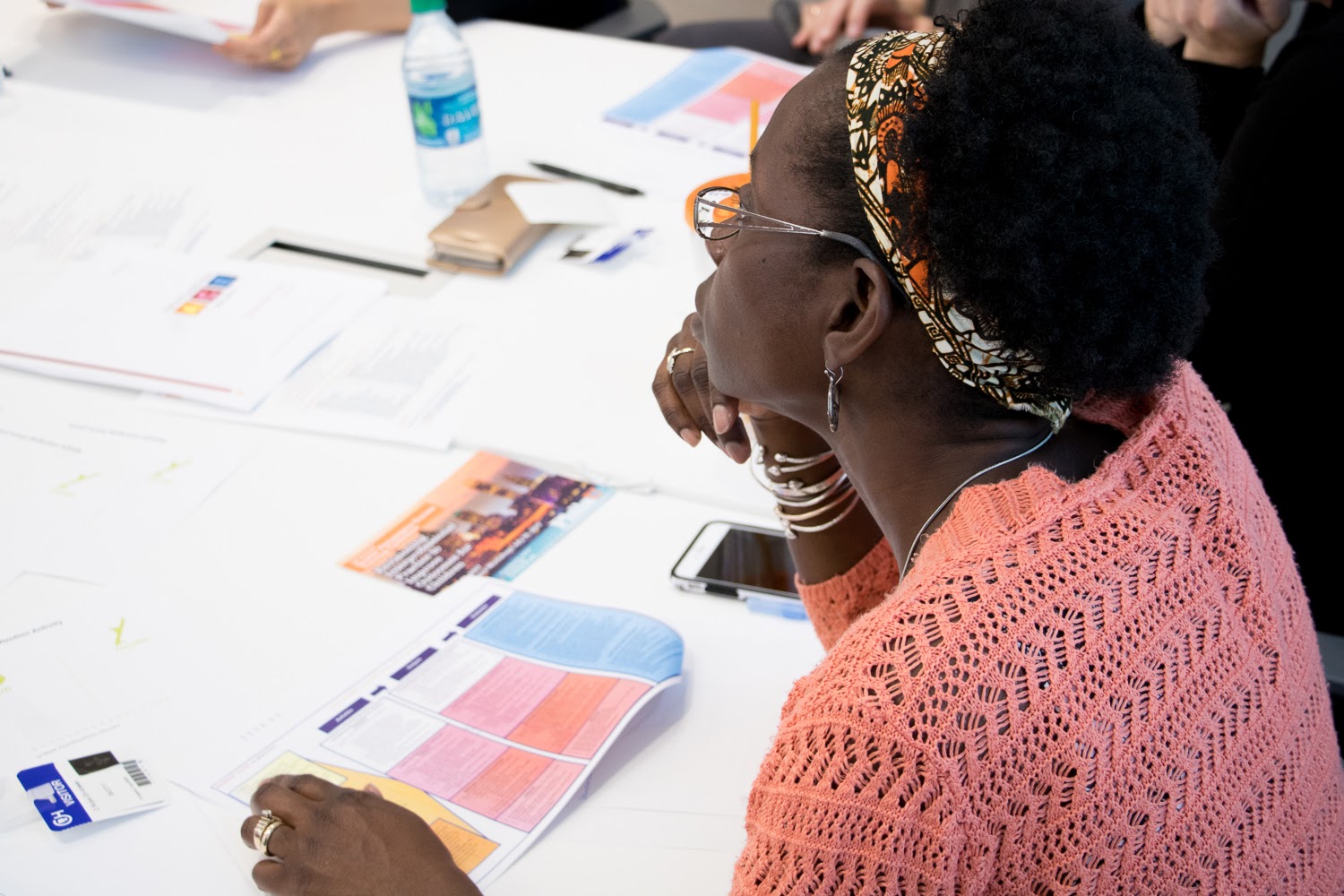 Two years ago, both Monroe and Ballard joined the ACEs Messaging Group of the Philadelphia ACE Task Force (PATF), a committee working to design effective ways of spreading word about ACEs and resilience to older adults, teens and parents of young children. As members of that committee, Monroe and Ballard have played a critical role in shaping the PATF’s communications strategy – both in how the Task Force communicates its own work and in how to develop messaging about ACEs and trauma which can best reach their peers

At a March rally of 1,500 Philadelphia block captains, Ballard and Monroe handed out ACE postcards—“Have you been dealt a bad hand? Deal your kids a better one!”—and tested awareness messages in conversation with attendees.

“I was asking people, ‘Have you ever heard of adverse childhood experiences?’” Monroe says, and if they looked blank, she would add, “‘You know, how your mom used to beat you half to death with the belt? We have this program to help you understand how maybe that wasn’t appropriate. We have to stop that so we don’t pass it on.’”

“The message I want to give to older adults in the community is this: Okay, maybe you didn’t do it right. But you can make it right for your next-door neighbor, your niece. You can intercede if you see a young person hollering at a baby.”

For Ballard, now retired from the fire department, ACE science is persuasive. “We’ve always heard, ‘Stress can kill you.’ Now we have the evidence.”

Both remain on 11th Street’s advisory council; both are eager to take the next steps, beyond raising awareness, to guide their neighbors toward the help they need. “A lot of people really don’t realize when they’re hurting someone with their words or the way they behave,” Ballard says. And once people understand the extent and impact of their trauma, “What resources can we send them to?”

Monroe believes in the ripple effect. “If I can reach one person with this…and that person institutes a change in themselves, it will begin to spread.” Meantime, ACE awareness has altered every encounter; when she watched news footage of a woman rescued from Hurricane Harvey, she began to wonder about the woman’s experience of trauma and survival, even before the storm.

“This work is giving me energy,” Ballard says. “I’m not a firefighter anymore. But this is therapy for me, helping other people. I can share the love.”

Read 2016: Taking the Pulse of a Growing ACEs Movement