Robert Simmons had been working with incarcerated men since 1998 and thought he’d seen everything. But in 2010, he met a grandfather, a father and a grandson—all of them inmates at Buncombe County’s Craggy Correctional Center.

“I saw how things are passed down from one generation to the next. That was a wake-up call for me,” says Simmons. And it underscored his resolve to help thwart that cycle. 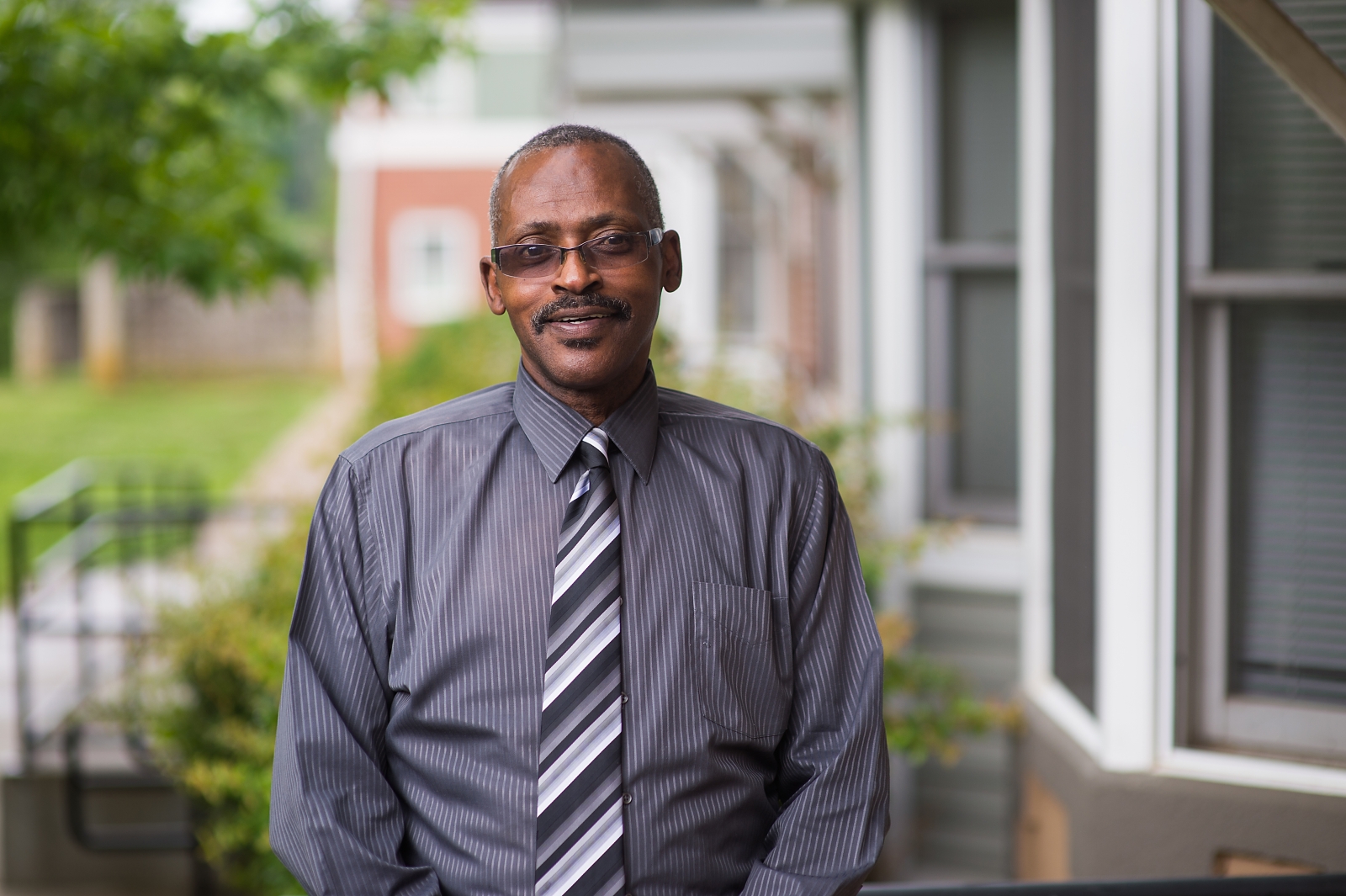 For years, Simmons had been volunteering at Craggy, a minimum- and medium-security prison; since 2002, he’d coordinated “Father Accountability,” a 12-week series of classes in which men discuss ethics and parenting, relationships, anger and trauma.

“It’s based on a very simple concept: men teaching other men and modeling what they’re teaching,” Simmons says. “It helps some of the men understand why they have made some of the choices they’ve made: They were not loved as kids, or nobody hugged them, or no one was there to encourage them. It made them realize they could be different fathers for their children.”

In 2016, Simmons received a “tipping point” grant of $4,000 from the Buncombe County Health and Human Services—one of the ways the network used MARC funds to partner with community residents and build bridges between local people, government entities and social service agencies.

In the first round, a community panel reviewed more than 80 applications and awarded 23 grants; a second round in fall 2017, funded with $70,000 from Buncombe County, resulted in 14 awards, including an additional $5,000 grant to Simmons for his Father to Father Empowerment Project, a 10-week group held at two different community sites.

The grants allowed Simmons to grow and deepen the programs: to revise curricula for the prison group, to provide a weekly meal as an incentive for men to attend, to offer a small honorarium to his co-facilitator, a woman who is also an Episcopal priest.

The tipping grant also called for Simmons to track outcomes: not just the number of men who attended consistently, but the changes they reported in their attitudes and behavior. “I’d ask, ‘What’s different about you?’ One man went in depth about how, before, it had never crossed his mind that he was selling drugs to somebody’s mother, to somebody’s child.”

When Simmons came to the prison for 90-minute sessions on Thursday evenings, the men—most in their 20s and 30s—always wanted to talk about the family visits they’d had the previous Saturday. “They would comment on…how they were no longer trying to impose their will, how they’d found a different dynamic in terms of behavior,” he says. 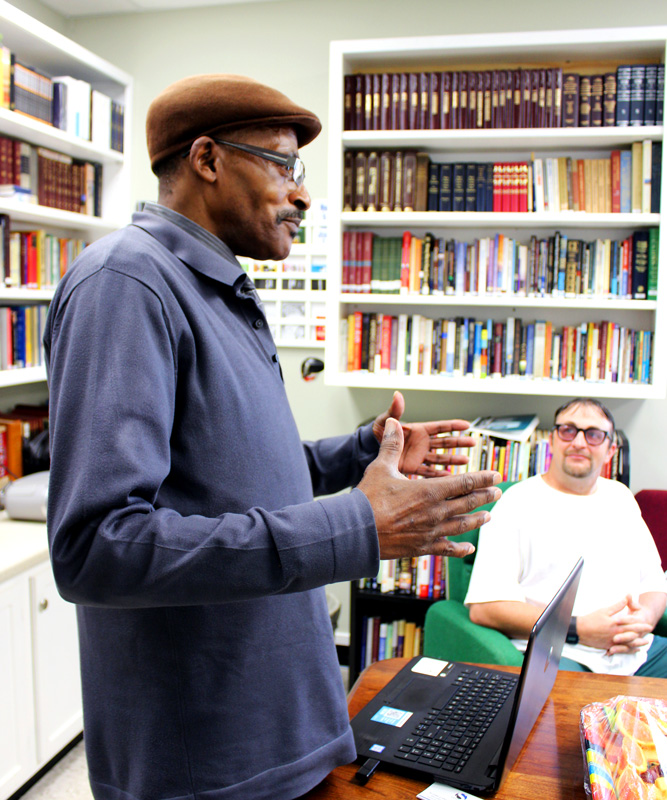 In the Father to Father groups, participants discuss their struggles to find secure housing and stable jobs, to regain custody or become more involved in their children’s lives. “These are men who are seeking to be better than they’ve been,” Simmons says.

He reminds them that changes in their own lives will also shape their children’s futures. “One of the things highlighted in the curriculum is parental alienation and the impact it has on the child. This is not an absolute solution to all the ills that families suffer—but it is making a difference.”

The tipping point grants have helped to inform government and agency decision-makers, says Lisa Eby, MARC project co-director and human resources and community engagement director for Buncombe County Health and Human Services. As Simmons and other grant recipients have met with county commissioners, those officials “are getting a deeper understanding of the needs within communities and the tremendous talents and resources within communities.”

The grants are meant to recognize and amplify the changes already rippling at the grass-roots level, through the unsung (and usually unpaid) efforts of local residents. In Simmons’ case, Eby says, “He has a lot of trust, a lot of good will…it’s allowing him to do what he can to tell us what is the best strategy because he lives in that community.”

We’re trying to foster that peer network. We’re amplifying the work...already done to create those tendrils of trust and social capital in the community so it will be more sustaining than anything a helping professional can do.

Simmons, 64, says the facts of his own life give him both credibility and empathy with the men in his groups, who have ranged from 19 to 48. In 1993, Simmons learned that his 23-year-old son, from whom he’d been estranged, had been shot and killed.

“I beat myself up. I wasn’t there,” he says. “I decided that if I had an opportunity to help others, I would. I thought: I can impact the entire family if I can offer support to the fathers.”

Simmons has wide ambitions for his programs. He’d like to offer the men more resources when, at the end of each series, they inevitably ask, “What next?” He’d love to help organizations such as Head Start become more “father-friendly” by explicitly including men in their mailings and events.

And, as a result of his new connections with the ACE Collaborative, he’s interested in joining efforts with stakeholders in law enforcement, schools and social services to gauge the impact of fatherhood programs on children and families.

Simmons, along with other tipping point grant recipients (and those who applied but were not awarded grants), participates in a monthly learning collaborative, which includes dinner, training on topics such as fundraising or bookkeeping, and an open forum for discussion.

“We’re trying to foster that peer network,” Eby says. “We’re amplifying the work [Simmons] has already done to create those tendrils of trust and social capital in the community so it will be more sustaining than anything a helping professional can do.”

Read 2016: Shifting the Balance of Power and Trust

Read 2015: Connecting the Dots on ACEs

Community Capacity: Building a Movement from Within
Communicating with Metaphors: How to Simplify the Complex