Pediatrician Renée Boynton-Jarrett was working with young women in Trenton who had become pregnant as teenagers when she understood how poverty, food insecurity, violence, substandard housing and inadequate schools exacted a constant, toxic toll on people’s lives.

“It became profoundly evident to me that there’s a portion of humanity that experiences a chronic, insidious, daily violence and associated high levels of stress,” she said. From that awareness grew curiosity: How do such stresses affect biology and physiology, behavior and the ability to learn? “There was, over time, mounting evidence that adverse experiences in early life have a long-term cost. I became interested in what work we could do to turn the tide.” 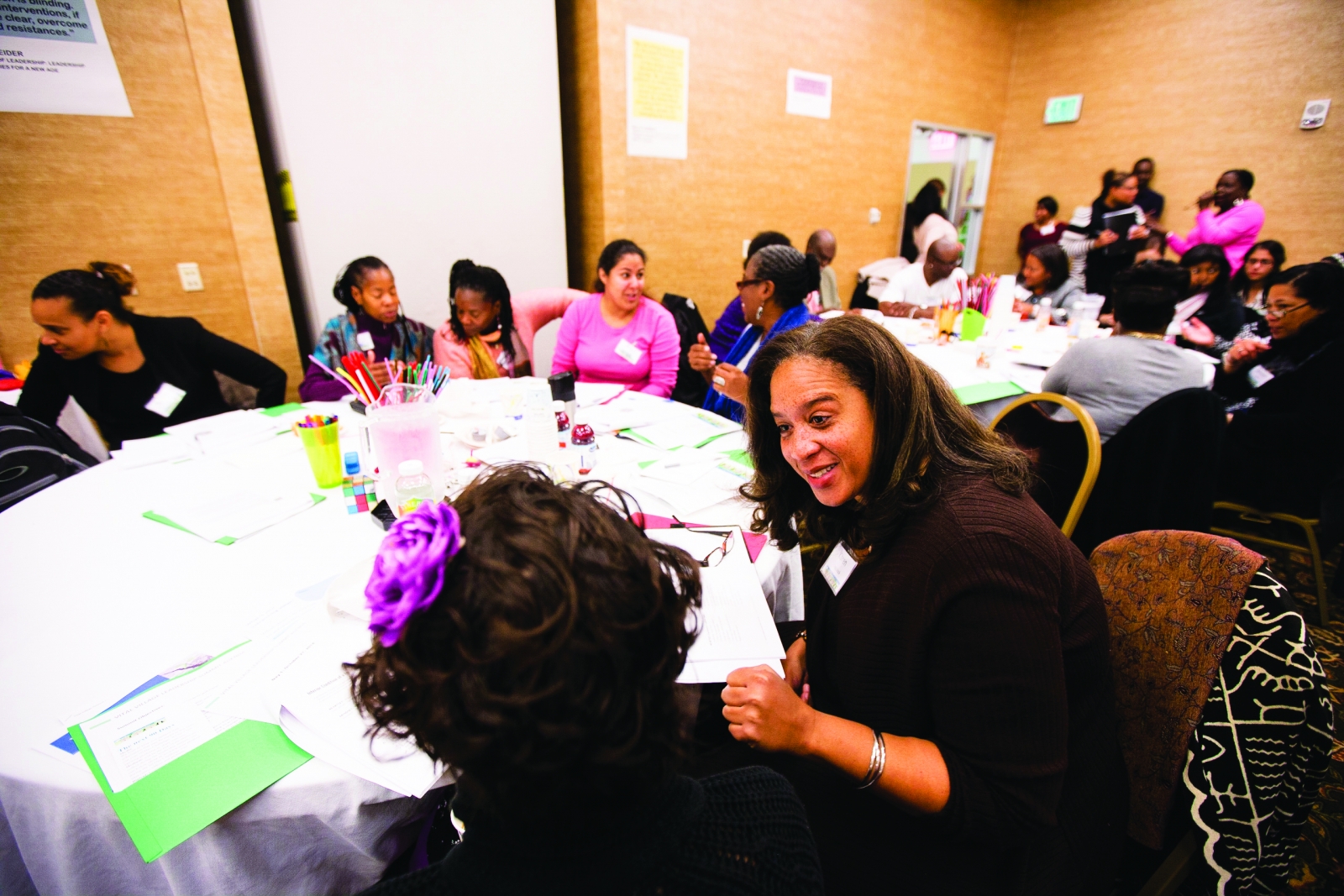 In 2010, Boynton-Jarrett, by then an associate professor of pediatrics at Boston Medical Center, led a multidisciplinary group of practitioners interested in health inequities and early childhood adversities. That group gathered community residents and organizations in a series of conversations about child health and well-being; from that, the Vital Village Community Engagement Network was born.

Today, Vital Village, with over 75 agency partners and 200 active participants, targets the three poorest neighborhoods in Boston. Dorchester, Roxbury and Mattapan have the state’s highest proportion of children living in poverty (42%); those neighborhoods also report high rates of domestic abuse.

A willingness to learn—especially from early fumbles—is one of the assets Vital Village will bring to the MARC project, said Boynton-Jarrett. When organizers first tried to share some quality improvement methods with Vital Village community partners, they followed the typical academic route: PowerPoint presentations and webinars. “Not many groups were able to pick up those methods and run with them,” Boynton-Jarrett said.

“What we did the next time was try to create a collaborative space where we could have peers leading the change, sharing what they were trying and doing, with no change being too small. That was very successful.

“Some of our mistakes and failures have been our important lessons.”

Another issue Vital Village wrestled with involves data collection. “A lot of times community members feel over-studied,” Boynton-Jarrett said. “They get another community needs assessment, another ACEs screen, and that information disappears into a cloud of vapor. It has been a very big goal of ours to always link any collection of information to the dissemination of findings…to make sure there’s community involvement in planning the assessment and ownership of the information.”

In January 2013, with support from the Doris Duke Charitable Foundation, Vital Village launched a strategic planning year and supported ten pilot innovation projects with micro-grants, each focusing on one of the Village’s priority areas: the prenatal period, peer-to-peer advocacy and schools, including early childhood education.

In 2014, the network hosted a two-day leadership summit for 75 community partners, followed by a 90-Day Challenge model as a way to foster immediate, incremental and collaborative actions across the network. Vital Village has partnered with the state’s Department of Public Health, the Children’s Trust, the Boston Defending Childhood Initiative (a program to reduce children’s exposure to violence) and the Child Witness to Violence Project.

Boynton-Jarrett said she is most proud of Vital Village’s process—its commitments to equity and inclusion. “That’s the part, as a network, we take the most responsibility for: how we incorporate and include people, how we create a collaborative space.”

She was moved recently when a teacher in a school that had worked with Vital Village to create trauma-sensitive classrooms wrote a blog in The Huffington Post about the small, inexpensive and effective strategies he’d incorporated into his teaching and the students’ need for and ease with incorporating these strategies—for instance, having an agitated student squeeze a stress ball or smell a stick of lavender. “It was really rewarding to read; it showed me that we can move the needle, if we desire to. It’s a systematic investment in a paradigm shift,” said Boynton-Jarrett.

As part of the MARC project, she hopes Vital Village can share its successes, and its mis-steps, while gleaning from other communities. “This is a tremendous opportunity to learn from our different approaches and frameworks…One powerful lesson for me is that this [work] doesn’t happen overnight. You don’t wipe away 20 years of lived experience with one training. This is a process that needs to be cultivated over time.

“Vital Village is saying that one type of expertise isn’t going to be able to solve complex challenges that threaten child wellbeing. It’s going to take all of us aligning the work we do in a very different way to make progress together. That’s where I think there’s a lot of hope.”