2017: Wrapping Around the Kids

For years, staff at St. Catherine’s Center for Children, a service and treatment center for at-risk children and families in Albany, New York, would call the police to help with situations that escalated out of their control: a teenager in residential treatment wielding a chair as a weapon, or a child who’d bolted from a foster home and might be in danger.

But this time, the police were coming to them. 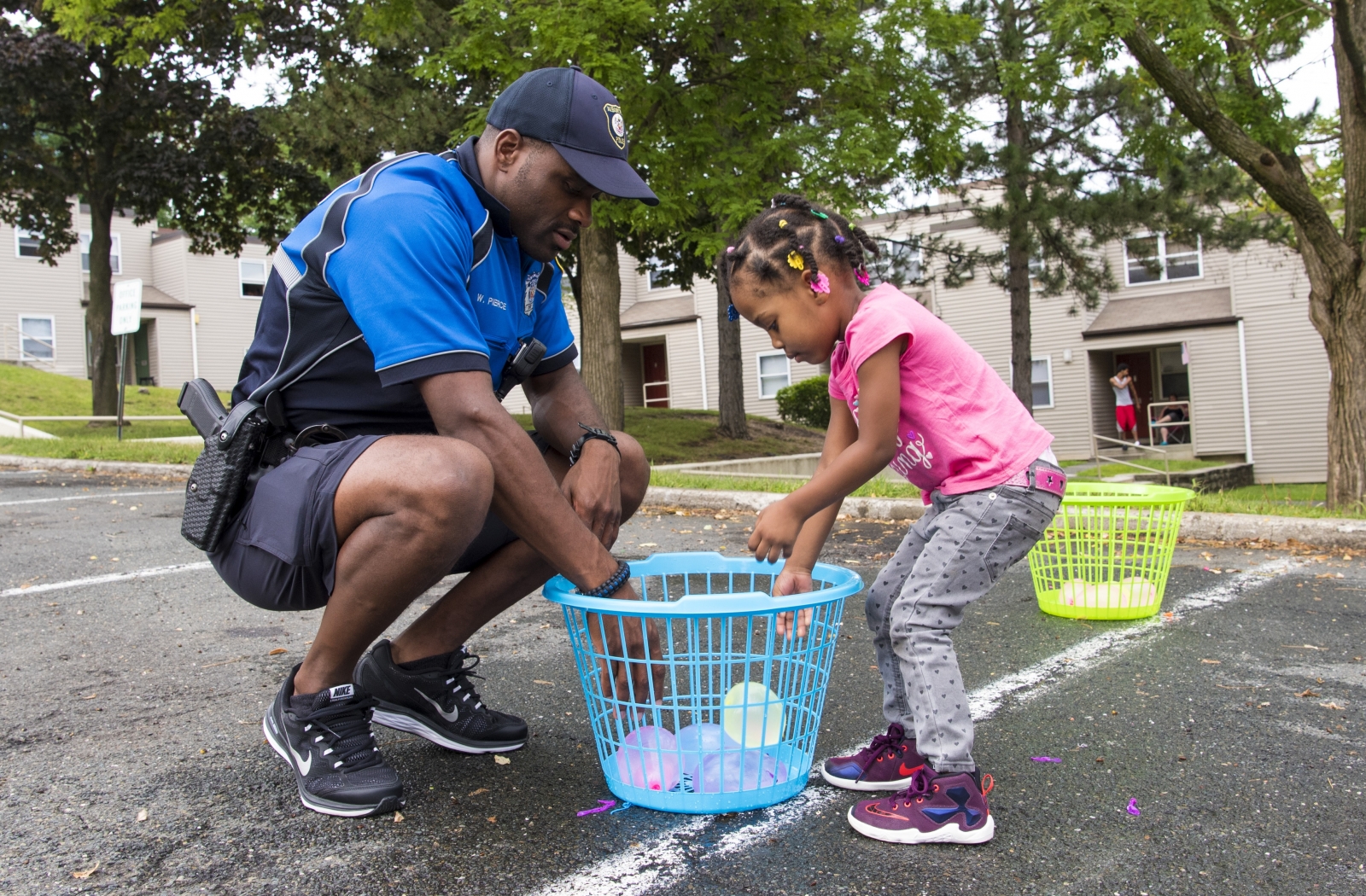 At a meeting of Albany Police Department staff and representatives from what’s colloquially called “residential row”—the handful of treatment centers located within a mile-and-a-half stretch—the department’s anti-violence coordinator, Katie Clark, shared data on police calls (not involving arrests) for which children were present, ranging from incidents of domestic abuse to after-school fights.

From January 1 through March 7, the tally was already up to 500 kids—the youngest, a seven-day-old baby whose parents’ argument over custody had turned violent.

In 2014, the police department had developed a policy, accompanied with training for all officers, on trauma-informed approaches to children who are on the scene during an arrest—for instance, by trying to make the arrest outside the child’s presence or allowing a primary caregiver to make child-care arrangements before being taken into police custody. 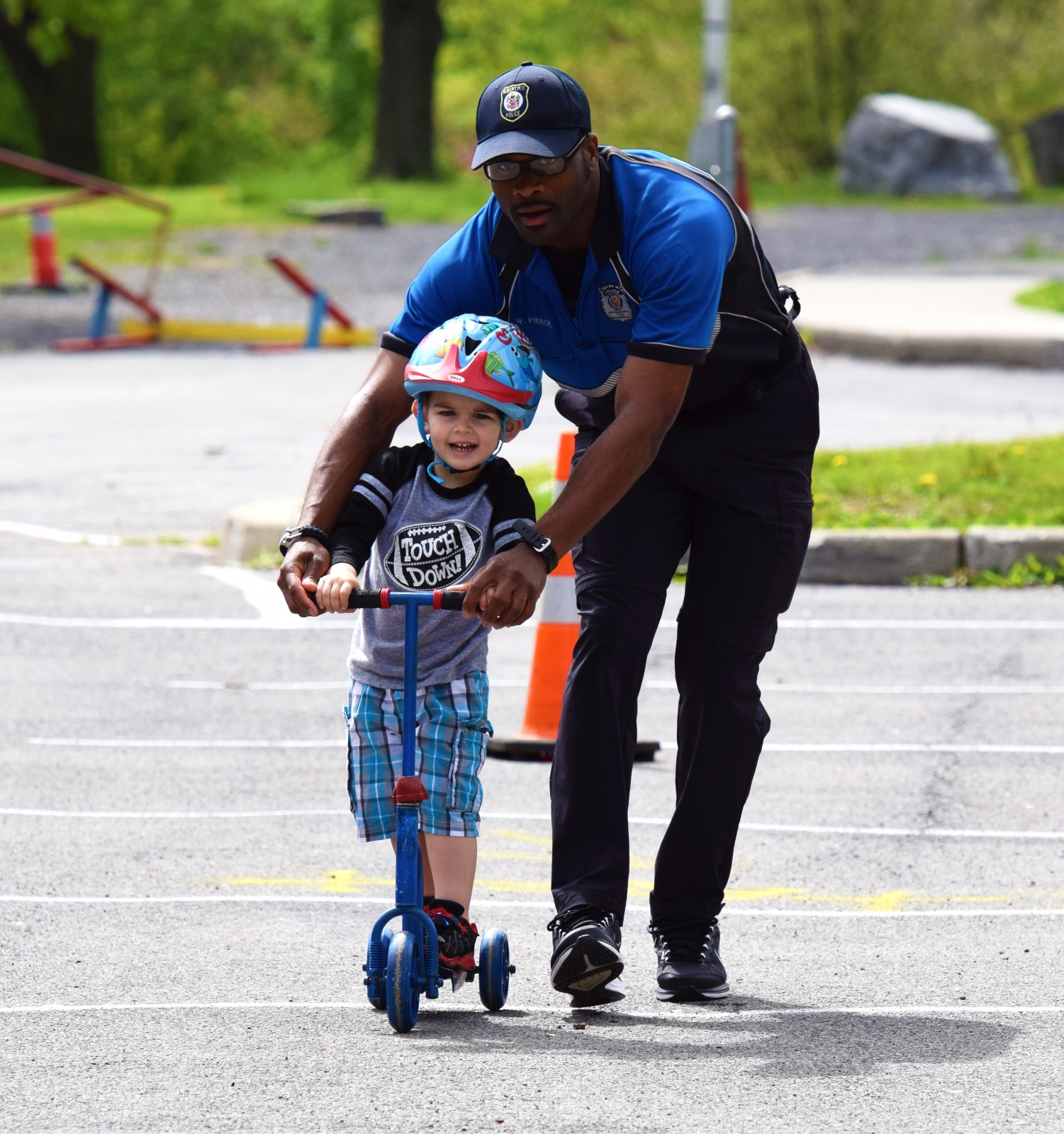 What about those children who witnessed police calls that didn’t end in an arrest? For older children, the department was already talking with school district officials about starting a “Handle with Care” program similar to one in West Virginia—a heads-up e-mail that, without disclosing details about the incident, lets principals and teachers know that a child was present during a police call and might show signs of trauma: withdrawal, anxiety or uncharacteristic acting out.

But a closer look at the data showed that more than half the children who were exposed to police interactions were aged zero to five—an infant wailing in her crib while police helped mediate a custody argument that turned violent, or the toddler who witnessed a drug raid in his family’s living room. “We knew that somebody needed to be informed so they could have eyes on these kids,” Clark says.

After that meeting, Clark and Jaclyn Yusko, chief operating officer of St. Catherine’s, began brainstorming about a way to reach those children, and their parents. They wanted to connect adult caregivers with community resources and give them the opportunity to talk to a professional, but without stigmatizing or alienating the family. They figured that parents might be more open to a child-centered setting than an adult-focused one.

Perhaps a playgroup: free and open to the community, with a curriculum centered on brain-building and a way to help parents feel recognized and cared-for as well? “We hope to serve as a connector so that…rather than re-traumatizing kids who’ve just had a difficult experience, let’s try to engage our community to wrap ourselves around them,” Yusko says. “The hope is that we can create some programming that builds resilience for the children and families who have police presence in their homes.”

We hope to serve as a connector so that…rather than re-traumatizing kids who’ve just had a difficult experience, let’s try to engage our community to wrap ourselves around them.

The program is still in the planning stages—Yusko and Clark are looking at possible funding and working out logistics—but it is a sign, both women say, of a new spirit of collaboration in the region among agencies and departments that have been traveling parallel paths of trauma-awareness and now have shared language, common understandings and an impetus to work together.

“What HEARTS (Healthy Environments and Relationships that Support) and MARC does is to give you a network, a sounding board and a forum to say, ‘Oh, my God, this is what’s happening in our community; this is the impact we’re seeing. How do we support each other?’” says Yusko. “Being part of the HEARTS initiative allowed us to have these conversations more often, and more in-depth.”

Former Albany Police Chief Brendan Cox, whose commitment to trauma-informed policing took the form of new training modules on implicit bias and harm reduction, as well as partnerships with HEARTS agencies, says such networks are the only way to address complex community problems.

“There’s no one agency that can solve everything. Now, when we look at data, [we’re] recognizing that there are partners who can help us out. It doesn’t have to be just the police department.”