The following was written by Laura Norton-Cruz and originally posted here on ACEs Connection, 7/15/2016. 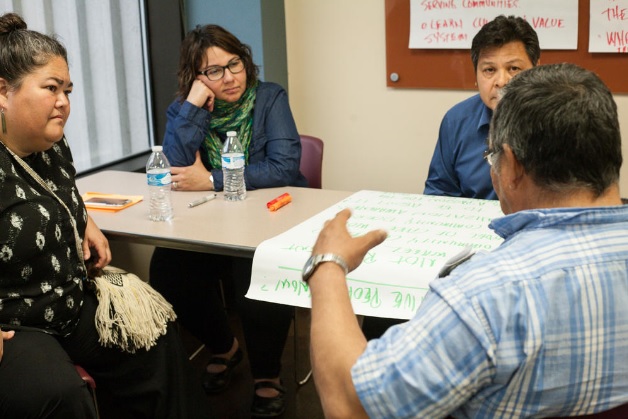 This May, the Alaska Resilience Initiative partnered with the Alaska Native Policy Center at First Alaskans Institute & the Native Village of Chickaloon to convene a gathering of Alaska Native and Native American people from every region of Alaska who work on & care about issues of child and intergenerational trauma and resilience. The goal was to seek input that would be used to guide the Alaska Resilience Initiative, the training-of-ACEs/Resilience trainers and the curriculum used to present on ACEs/resilience, and the overall framing of and approach to this work.

Although Alaska Native people constitute nearly 1/5 of the population of Alaska (and the vast majority in rural Alaska), historically many decisions about social services, education, behavioral health, etc. have been made without meaningful voice and participation of Alaska Native people -- despite the existence of active trauma prevention and healing efforts in tribes and tribal organizations across Alaska. With Alaska tribes running the Alaska Tribal Health System and regional tribal social service organizations, this is changing, but we still have a long ways to go for equity, inclusiveness, and shared voice to be the standard in these fields and in the ACEs/resilience field.

This gathering was meant to produce some guidance and priorities that could be used by our statewide Collective Impact effort, that could inform the way that trauma is understood and framed in Alaska, and that could be shared nationally as an example of some principles and practices that may be beneficial for inclusion of indigenous people's experiences and viewpoints in other regions of the country. We hope that you find both this guidance, and the process of gathering the guidance (an all-day gathering facilitated by First Alaskans Institute staff using indigenous dialogue principles and practices), to be helpful.

The guidelines are in the attached PDF, and here:

Brief summary of recommendations from 5/18/16 gathering of Alaska Native and Native American peoples on how to address trauma & promote resilience in Alaska:

Revise the training-of-ACEs/Resilience-trainers (through the speakers bureau currently managed by Alaska Children’s Trust) and the curriculum that trainers are given with which to present (currently, this is ACE Interface). Make sure this revision includes: 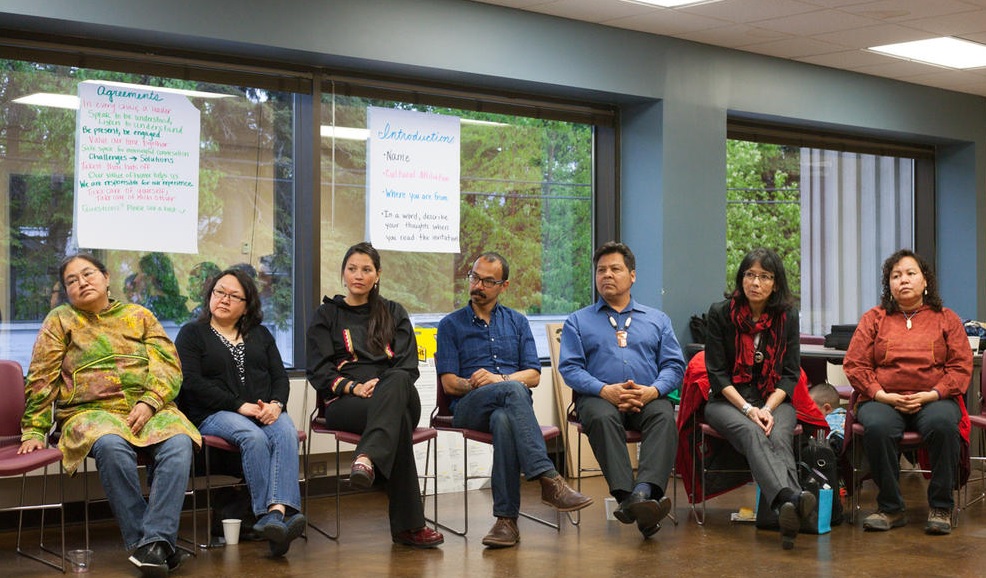 Materials for cross-cultural work: Partner to create easy-to-access, easy-to-digest materials to build basic cultural competence for non-Native people about Native peoples, and guidance on how to work respectfully and collaboratively in Native communities; these materials and these understandings should be considered fundamental to any person working on trauma with Native peoples and presenting on trauma in Alaska. (Whenever possible invite/allow Alaska Native peoples to present on issues of trauma rather than interpreting their experience).

Include the opportunity to be a co-trainer, where people with different areas of expertise can team up together to present.

Sovereignty of solutions: Change the funding structures and requirements in a way that better supports Alaska Native and community-led solutions and “give us the time to do this work ourselves [Alaska Native communities]; don’t force it on us” – more collaboration, less imposition of strategies from the outside.

Continually address power and privilege differences that get in the way of doing this work equitably within coalitions, organizations, etc.

Data collection methodology: Not only in the framing of how to discuss ACEs/trauma, but also in the collecting of data, include a cultural and collective perspective (e.g. “in your household” and “your parents” does not adequately capture the way many Alaska Native children spend the majority of their time or which family members have the most influence over them). Include additional ACEs/forms of trauma identified as important by marginalized communities (e.g. loss of land and traditional food sources, mandatory boarding school attendance).