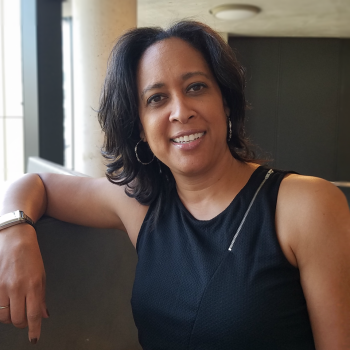 Wendy Ellis wanted to know what made some children thrive and others suffer, even when both had been exposed to the same cascade of adversities. She yearned to unlock that mystery on the population level.

It was the Adverse Childhood Experiences (ACE) study Ellis stumbled upon while board president of Childhaven, a childhood trauma treatment program in Seattle, that began to shape her inquiry. “The science gave me a vocabulary, a way to understand certain things I had seen in childhood. I really wanted to understand what makes individuals stronger. I thought: What can we do with this body of science to create positive environments to lift individuals up?”

Ellis drew parallels between the experiences of children in families and the lives of adults in communities: “If you’re a child…and you feel like no one cares about you, you lose hope and become disenfranchised. The same holds true in communities: If you don’t feel empowered to effect change, or feel that no one’s listening to your voice, you lose hope and become disenfranchised.”

As project director of the Building Community Resilience (BCR) collaborative at George Washington University, Ellis aims to reverse that process of disempowerment—and ideally to prevent it—by aligning community-based partners with health systems and other agencies in vulnerable neighborhoods of Portland, Oregon; Cincinnati, Ohio; Dallas, Texas; Wilmington, Delaware; and the District of Columbia.

Previously, Ellis worked for 15 years in broadcast journalism. Later, she earned a master’s degree in public health at the University of Washington in Seattle. As a MARC advisor, she sees ACEs and trauma through dual lenses—“the interplay between the individual level and how the community either exacerbates the trauma or can buffer it.”

Like MARC networks, BCR teams work to identify strategies and resources that could help other communities build resilience. “At the end of the day, it comes down to relationships,” Ellis said. “It’s not going to happen overnight. Many of our communities are operating the way they do because of historical context.”