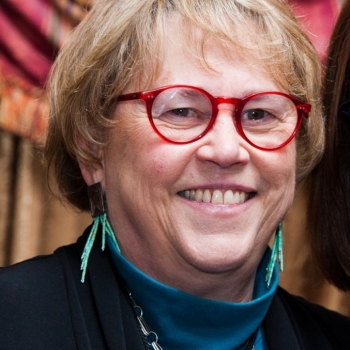 “Individual patients have the power to change themselves, up to a point, but that’s limited by the organizations, culture, and systems they’re in. To change that power equilibrium, you have to get to the policy level.”

It was a mounting sense of anger that nudged Sandra Bloom from psychiatry to public health.

After seeing thousands of patients—most of them trauma survivors being treated in an inpatient hospital setting—Bloom knew that she was not witnessing multiple, isolated, individual failures, but signs of a much bigger brokenness.

“It became abundantly evident—and the Adverse Childhood Experiences (ACE) study was a big contributor to this—that most of what I’d been treating for the past 20 years was preventable, and was happening every moment I was existing,” Bloom said. “And it wasn’t just in the psychiatric unit; it was everywhere. You could see all kinds of problematic behavior that made more sense using a trauma-informed lens.”

Bloom is a senior advisor with the Center for Nonviolence and Social Justice at the School of Public Health of Drexel University; she is also co-founder of the Sanctuary Model, a framework for transforming organizations bottom-to-top using trauma-informed and democratic principles. Bloom is one of three co-chairs of Philadelphia’s ACE Task Force.

The ACE study, she said, provided persuasive data to confirm what practitioners had long known—and a way to bridge the divide between so-called “soft” science and those who regard it skeptically. “The ACE study gave me data support. Unless you have that, a lot of people don’t take you seriously. Now you could put [trauma] in economic terms.”

Bloom brings an organizational perspective to her work on adversity and what she prefers to call “post-traumatic growth” (rather than “resilience”). “Individual patients have the power to change themselves, up to a point, but that’s limited by the organizations, culture, and systems they’re in,” Bloom said. “To change that power equilibrium, you have to get to the policy level.”

Recently, she and other leaders in behavioral health, public health, primary care, and education formed the Campaign for Trauma-Informed Policy and Practice to advocate for trauma-informed public policy at the federal, state, local, and tribal level.

Bloom’s work rejects the centuries-old “insane split” between body, mind and spirit. “The science is showing that relationships matter; attitude matters. That’s huge.” She hopes MARC sites will continue to put that science to work: making connections, collaborating and even risking failure. “You can’t know what’s going to be effective unless you try.”