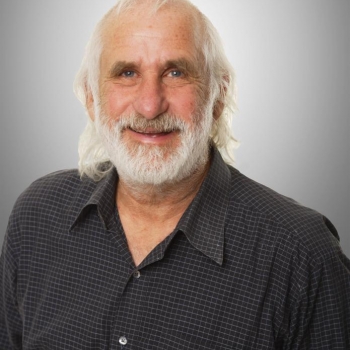 "We’d like to learn about how to capture the finest community wisdom in order to elevate and broaden the best work rather than reinventing the wheel in every initiative.”

When Larry Cohen was Director of Prevention for the Contra Costa County Health Department in the early 1980s, a well-known local businessman suffered a major heart attack. After he recovered, the board of supervisors publicly congratulated the hospital and physicians whose care had saved his life.

But Larry was thinking about what happened before the heart attack—about the businessman’s lavish lifestyle, his oft-proclaimed preferences for rich food and imported cigars, his habit of driving expensive cars instead of walking. Larry wondered what could be done to boost health community-wide, rather than treating individual illnesses after-the-fact.

That “aha” moment led to Larry’s current role as Founder and Executive Director of Prevention Institute, a national non-profit that works to improve community conditions equitably, build resilience and prevent injury, illness and violence before they occur. He recently completed a textbook chapter on youth violence prevention, outlining community resilience factors. Two related major projects are now underway: One will focus on a new community of practice promoting mental health and well-being in men and boys; the other is a national partnership exploring the links between violence prevention, early childhood and trauma, with an emphasis on prevention, community and equity.

Larry taught one of the country’s first violence prevention courses at the University of California, Berkeley’s School of Public Health. He believes it is essential to frame violence as a public health issue—one that affects not only perpetrators and victims, but those who witness and live in proximity to violence.

In 1997, while working with Contra Costa’s health department, he engaged the American Cancer Society and the American Heart and Lung Association in changing tobacco policy by passing the nation’s first multi-city smoking ban.

As a MARC participant, he will bring that emphasis on coalition-building and prevention to the arena of ACEs and resilience—“simply, how to take the work from the individual to the community level.”

Already, Prevention Institute is developing community metrics on health equity that measure the impact of environment on health. Larry would like to see other big-picture data: for instance, information about patients in health systems aggregated in order to reveal patterns and shed light on the circumstances that affect people’s health.

“This is a prime opportunity for us to learn about other work that communities are doing and apply it back to those we are working with…We’d like to learn about how to capture the finest community wisdom in order to elevate and broaden the best work rather than reinventing the wheel in every initiative.”