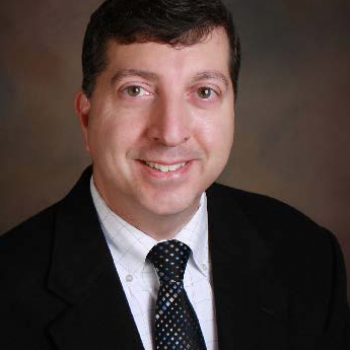 "If you can bring a loving environment that’s nurturing to a child, they can overcome almost anything. As I read more and started to learn about the pathways for toxic stress, it all made sense.”

Angelo Giardino remembers the little boy who could.

He was called to give expert testimony in a devastating case of child abuse. “It was an awful case, horrible torture…and I was walking out of the courtroom when a woman came up. She said, ‘I just want you to know that the little guy you’re talking about—well, I adopted him and he’s doing beautifully.’

“What I learned from that was: If you can bring a loving environment that’s nurturing to a child, they can overcome almost anything. As I read more and started to learn about the pathways for toxic stress, it all made sense.”

That evolving understanding of neuroscience changed the course of Angelo’s career. As a pediatrician with a doctorate in education, he began to focus less on evaluating children who had been abused and instead “went upstream” to learn how to instill that essential nurturance in families, organizations, neighborhoods, and society itself.

Angelo is Professor of Pediatrics and Section Chief of Academic General Pediatrics at Baylor College of Medicine in Houston, Texas. He has written several textbooks on child abuse and neglect and medical education.

He believes two-generation approaches are key to treating and preventing adversity. The Nurse-Family Partnership, for instance, provides first-time mothers with nurse home visits for two years. “We’re educating the mother on how to create a loving and nurturing environment for the kid. But what struck me was the impact on the mother’s own life course; many of those mothers had been exposed to adversity themselves.”

Angelo hopes to bring his healthcare and administrative expertise to the MARC collaborative—particularly in the task of framing ACEs and resilience as a message that will inform and inspire decision-makers. He’s interested in how leaders in the field can use digital technologies to share knowledge and create virtual communities.

He’s also eager for conversation about how to stimulate a national movement—talk he hopes will include a frank examination of both successful and failed efforts in the past. “People in the collaborative are a publicly-minded, purpose-driven group. I feel affirmed in this prevention work by having the opportunity to sit at the table with them.”