Administrators in the Bellingham, Washington school district realized that a free public education actually came at a price. School supply lists could easily run up a $250 tab at office supply stores; families were tapped for field trip fees, sports uniforms and musical instruments.

And those costs inevitably pinched hardest in the least affluent neighborhoods. 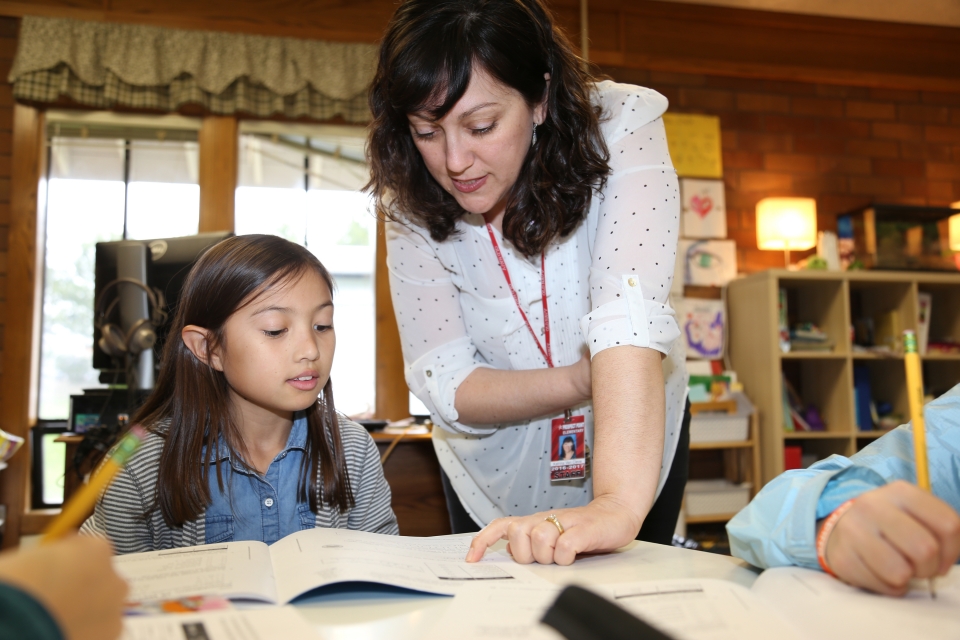 “In terms of haves and have-nots, how some schools have plenty and others struggle…we’d never been able to conquer that,” says Steve Clarke, the district’s assistant superintendent of teaching and learning. “We set out to eliminate the barriers.”

The district began to pay for school supplies and field trips. They added after-school enrichment programs to the poorest schools. They reduced the cost of sports-team participation from $350 to $150, then eliminated it altogether.

And instead of separate PTA fundraisers, which inevitably garnered more money in neighborhoods where families had wealth and professional connections, the district held one contribution-based fund drive and divvied the proceeds equally among Bellingham’s four middle schools.

“Our goal has been that…no matter where you live and what school you go to, you’re going to have the same opportunities,” Clarke says. “All kids deserve to have their dignity and respect upheld.”

That philosophy had been percolating in Washington state—not only among schools, but across community organizations, social service agencies and local government—since before the MARC grant enabled both the Community Resilience Initiative in Walla Walla and the Whatcom Family & Community Network (WFCN) to push their resilience-building work forward.

Our goal has been that…no matter where you live and what school you go to, you’re going to have the same opportunities. All kids deserve to have their dignity and respect upheld.

In Walla Walla, one school principal’s “aha” about kids’ neurodevelopment led, in 2011, to a daylong conference on ACEs and resilience attended by every staff member in the school district, from custodians to top-level administrators. “That was the real tipping point,” recalls Teri Barila, founder of the Community Resilience Initiative. “There was so much response that the school district didn’t know what to do with it.”

A new superintendent, now in his second year, is continuing that momentum with a five-year plan to train every certified and classified employee in the district, then let individual schools design resilience-building plans that grow from that core of knowledge.

Paper Tigers, the 2015 documentary chronicling the dramatic results of trauma-informed change at Walla Walla’s Lincoln High School, garnered national attention and community pride, along with a deluge of calls from schools wanting to mime that success. “We encourage them to have other partners at the table, to understand how to do this from the community capacity side, so it’s not just a flash in the pan,” Barila says. “Nobody should be expected to do this on their own.”

In Bellingham, it was WFCN that laid the scaffolding for trauma-informed change in the school district, even before the landmark 1998 ACE study.

Partnerships with Western Washington University and the local neighborhood association brought mentors to Shuksan Middle School, where students speak 21 different languages and 65% of the student body qualifies for free or reduced-price lunch.

Geof Morgan, former WFCN director, says the shift at Shuksan had multiple catalysts. “There was this moment with a new principal, a new building, lots of community partners connected to the school. Shuksan had a really strong staff that cared about kids deeply.”

With help from the WFCN, the school added ACE-related questions to its risk and resilience survey and began using that data to guide staff trainings and school policy. “We’d do ACE training with the staff every year. We were looking at trends over time, asking questions about when kids feel like they belong. The principal would say, ‘When they say yes to that, what does that mean?’”

Several grants, including one from the Gates Foundation, allowed Shuksan to expand staff development, hold community events and subsidize school supplies for kids whose families couldn’t afford them.

When Amy Carder—who had already worked with Shuksan from her post in the district’s central office—became principal three years ago, she continued using data from the risk and resilience survey to examine and change school practices.

“We use circles quite a bit—community-building circles, problem-solving circles, circles to repair when harm has been caused,” Carder says. She remembers the first time she heard of ACEs—she was walking, listening to an audio version of Tough’s first book, How Children Succeed. At first, she felt saddened, hearing about the adversities that burden some children.

“Then I came back around to a feeling of hope. With our own population, one of the most important things we can do is…be that person, the one adult who believes in the kid without condition and has high expectations for them to be their best self. It’s not just a good idea; it literally impacts the health and well-being of our kids.”

Read 2016: Building on Scaffolds of Hope and Strength