Are We There Yet—Sarah's Story

A few weeks back, a participant in a conference call about trauma-informed communities asked me an interesting question: “If I were to come to Tarpon Springs, would I notice anything different about it? Would I be able to tell that it’s trauma-informed and that Peace4Tarpon had an impact?”

The question gave me pause. That's what we hope for, but how would we know?

Service Clubs in the ACE and Resilience Movement: Reaching Out with Facts and Stories

Before Claire Ranit spoke to her local Rotary Club, she needed to know if her listeners would be elephants or riders.

Ranit, MARC project director for the Columbia River Gorge, was referring to a model of behavioral psychology outlined by psychologist Jonathan Haidt in his book, The Happiness Hypothesis: Finding Modern Truth in Ancient Wisdom. In Haidt’s metaphor the conscious mind is a rider on the back of an elephant, while the elephant galumphs along on instinct and impulse.

“The elephant is a big, powerful animal—the emotional side of things,” Ranit explains. “The rider is the analytical piece that makes decisions and guides the elephant where it needs to go.” 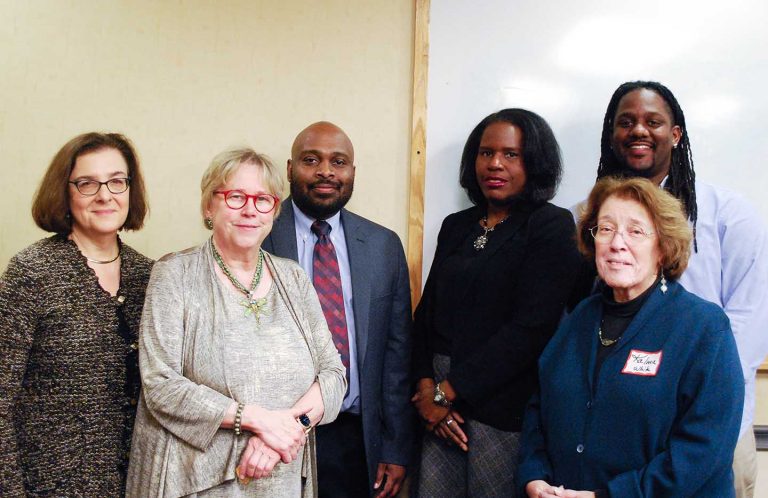 December 27, 2016 – The Mayor’s Office of Community Empowerment and Opportunity recently held a training session on trauma-informed practices and adversity for Philadelphia city employees. Led by the Health Federation of Philadelphia (HFP), the training recognized the impact of trauma on organizations, employees and the importance of caring for the caregivers.

The Collaborative is pleased to share three policy briefs on the impact of ACEs in the health, justice, and education systems including promising practices and recommended actions for change. These briefs were developed by members of the Illinois ACEs Response Collaborative—system leaders in Illinois who are working from an ACEs-informed lens to improve systems to prevent and mitigate trauma across generations.

My New Year's Resolution: Moving from "Self-Care" to a Culture of Staff Wellness and Resilience

Business Leaders in the ACE and Resilience Movement: A Different Kind of Bottom Line

The owner of the biggest construction firm in Walla Walla, Washington, sat through a February 2013 seminar that framed adverse childhood experiences (ACEs) in ways a business person could understand: how childhood trauma could translate into low productivity, high turnover, sinking morale and rising health care costs.

The top cause of on-the-job injury at the construction firm was substance abuse by young male workers. Suddenly, the dots connected. The owner leaned toward Teri Barila, co-founder of the Community Resilience Initiative, and said, “Now I know what you’ve been trying to tell us.”

Responding to the overwhelming demand of funders in the Delaware Valley to better understand the impacts of trauma on our region and how they can apply trauma informed practices to their own work, Philanthropy Network Greater Philadelphia, the Thomas Scattergood Behavioral Health Foundation, and United Way of Greater Philadelphia and Southern New Jersey partnered to produce Trauma-Informed Philanthropy: A Funder's Resource Guide for Supporting Trauma-Informed Practice in the Delaware Valley.

That’s why Ivey was eager to work with members of his own department, Truman Medical Center, and Trauma Matters Kansas City (TMKC) to develop a training on trauma and resilience for first responders. Ivey now sits on the Steering Committee for Resilient KC, a partnership between TMKC and the Greater Kansas City Chamber of Commerce that aims to build a healthy and resilient community...This spring, he took part in a two-day First Responders Summit in Tarpon Springs, Florida—a half-day session hosted by Peace4Tarpon at St. Petersburg College that reached participants from 28 different agencies including 911 dispatch, police, fire and corrections, followed by a smaller, more in-depth training.